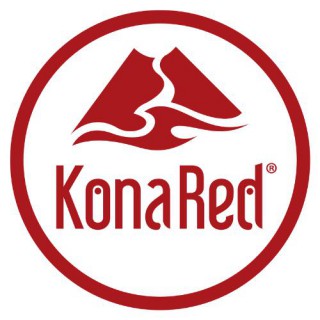 KOLOA, Hawaii, July 23, 2015 /PRNewswire/ — KonaRed Corporation (OTCQB: KRED), manufacturers of antioxidant juices and nutritional supplements from the unique and exclusive Hawaiian CoffeeBerry® coffee fruit from Kona, Hawaii, announced today that it will be sponsoring the Molokai-2-Oahu Paddleboard World Championship that will take place on Sunday, July 26, 2015, in Hawaii. KonaRed is the official wellness beverage for the event, marking the Company’s second year of sponsorship.

The Molokai-2-Oahu Paddleboard World Championship is the world’s most challenging stand up and traditional paddleboard race. The event attracts the world’s top athletes to cross the Molokai Channel, aka the Ka’iwi Channel, which separates the islands of Molokaiand Oahu. The 32-mile race crosses the 2,300 feet (701 meters) deep Ka’iwi Channel, which has the reputation as one of the world’s most treacherous bodies of water. The Molokai-2-Oahu Paddleboard World Championship was started in 1997 and is regarded as the crowning achievement of the sport. Crossing the Channel was first organized by outrigger race in 1952.

KonaRed’s CEO Shaun Roberts stated, “We are pleased to be the official wellness beverage sponsor for this incredible event for the second time. The Molokai-2-Oahu Paddleboard World Championship is the premier paddleboarding event in the world and has become the centerpiece to the sport, as well as a huge attraction for athletes and spectators from around the globe. Our Company Ambassador, Jamie Mitchell, has won the event a record 10 times. Jamie has been an advocate of using KonaRed powders and beverages for his training and many athletes have enjoyed the numerous health benefits that our products provide. We look forward to another thrilling race this year.”

KonaRed Corporation produces health and wellness nutritional products including beverages and nutritional supplements that bring the attributes of Hawaiian Coffee fruit to an international consumer market. The Company was established in August 2008 and achieved its first sales in February 2009. In October 2013, KonaRed went public and trades on the OTCQB under the symbol KRED. KonaRed, through a licensing agreement with FutureCeuticals Inc., utilizes innovative, state of the art, proprietary processes that produce antioxidant extracts and powders from Hawaiian Coffee Fruit, which are used to produce KonaRed’s Antioxidant Juice, Organic Green Tea, Coconut Water, On-the-Go Packs and 100% Coffee Fruit Powders. KonaRed Corporation is headquartered in Koloa, Hawaii, and its distribution center is in San Clemente, California. KonaRed products are sold in select Kroger, Vitamin Shoppe, Whole Foods, Safeway, Walmart, 7-Eleven, and many other retail outlets throughout the US and Canada. More information about KonaRed and its products can be found at www.konared.com.