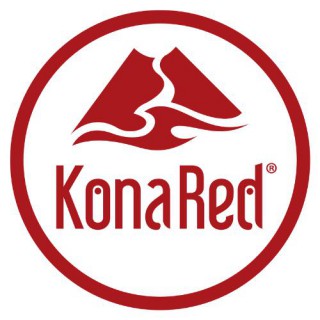 KOLOA, Hawaii, Nov. 17, 2015 /PRNewswire/ — KonaRed Corporation (OTCQB: KRED), forward-thinking manufacturers of antioxidant juices and nutritional supplements from the unique and exclusive Hawaiian CoffeeBerry® coffee fruit from Kona, Hawaii, today announced it has signed an exclusive supply agreement with biotech discovery researcher and whole food ingredient supply powerhouse VDF FutureCeuticals (VDF FC). VDF FC is one of the world’s largest and most innovative food ingredient suppliers and the pioneer of the safe use and processing of coffee fruit.  It has been awarded international patents for inventions covering coffee fruit for use in foods, beverages, dietary supplements and cosmetics, as well as for its proprietary set of agricultural and industrial processes that safely capture the powerful nutrition inherent in coffee fruit, one of the world’s most potent (but also ignored) super fruits.  The new agreement, under which KonaRed gains full use and protection under VDF FC’s global coffee fruit IP platform, greatly strengthens KonaRed’s pre-existing relationship with VDF FC.

Under the terms of the new agreement, which has a five year term and renews automatically, KonaRed will serve as VDF FC’s exclusive supply source for premium US-grown Kona coffee fruit.  VDF FC, in turn, will manufacture and market a line of 100% U.S.-grown coffee fruit-based ingredients, including dried fruit (pulp) and whole cherry powders, juice concentrates, and extracts to the food, beverage, cosmetics, nutritional, and dietary supplement industries.  For the first time anywhere, sustainable, traceable and high quality coffee fruit grown in the U.S.A will be made available on a large scale.

KonaRed CEO Shaun Roberts said, “We have now officially launched our industrial division to supply premium 100% U.S.A. sourced Coffeeberry® coffee fruit ingredients in cooperation with VDF FC. We are excited to be such an important part of the premium Coffeeberry® brand.  VDF FC is one of the largest food, beverage, and dietary supplement ingredient suppliers, and the largest freeze dryer in the world.  Our respective companies are at the forefront of the coffee fruit industry, and I fully expect that by joining forces we can push the category forward even further and help it to flourish.”

VDF FC Executive Vice President John Hunter was equally upbeat: “I fully expect our collaboration with KonaRed to continue to spur innovation and new product development with coffee fruit as well as bolster our intent to continue our ground-breaking scientific research into this abundant, yet until now untapped, American-grown super fruit.”

On the financial side, KonaRed President and COO Kyle Redfield explained, “This partnership provides us the horsepower to capitalize on a huge market segment that we couldn’t reach before and opens up an entirely new avenue of revenue for KonaRed to exploit and to drive growth. To put it in perspective the total annual Hawaiian coffee fruit supply in Kona alone is estimated at 2 million pounds dried.  At several dollars a pound that can add a nice bump in revenue to both our top and bottom lines.”

Looking to the future, Mr. Redfield added, “Each decade seems to have its break-out ingredient. We saw the cranberry develop into a worldwide phenomenon, followed by pomegranate and then coconut.  We believe we’re approaching the break-out point for coffee fruit, and are excited to be at the forefront at this historic moment.

KonaRed Corporation is the pioneer of the USA Grown, Hawaiian Coffee Fruit.  The company oversees a vertically integrated supply chain starting with the highest quality Coffee Fruit from Kona Hawaii.  KonaRed, through a licensing agreement with VDF FutureCeuticals, utilizes innovative, state of the art, proprietary patented processes that produce and market a complete range of healthy products that showcase the Hawaiian Coffee Fruit.  The line of consumer packaged goods includes antioxidant rich extracts and powders from Hawaiian Coffee Fruit, which are used to produce KonaRed’s ready to drink Antioxidant Juice, Green Tea, Coconut Water, On-the-Go Packs, and 100% Hawaiian Coffee Fruit Powders.  The company is also launching a line of 100% Kona Coffee products that will include the fruit of the coffee plant as well.  Finally, the company sells a line of Coffeeberry® Coffee Fruit industrial ingredients to other businesses for use in their consumer packaged goods. The Company was established in August 2008 and made its first sales inFebruary 2009. In October 2013 KonaRed went public and trades on the OTCQB under the symbol KRED.  KonaRed Corporation is headquartered in Koloa, Hawaii, with its distribution center in San Clemente, California.  KonaRed sells its products at retail stores across the U.S., Canada, Japan, and is expanding into other international markets.  KonaRed products are sold in select Kroger, Safeway, Albertsons, Vitamin Shoppe, Whole Foods, 7-Eleven, and many other retail outlets.  More information about KonaRed and its products can be found at www.konared.com.

VDF FutureCeuticals, Inc. is a leader in the research, development, and manufacture of fruit, vegetable, and grain-based nutritionals, built upon deep agricultural roots going back 150 years, vertically integrated from field to finished product, and committed to discovery-based research in the name of human health.  FutureCeuticals is the trusted partner of choice for the world’s top food, beverage, dietary supplement, and pharmaceutical companies in search of creative, ethical solutions for the health and wellness needs of today’s consumer.