Within the natural channel, the development of the cold-brew coffee category has been rapid and highly visible, and a new report from market research company Mintel confirms that the beverage is a hot commodity. While the beverage, which is created by steeping coffee grounds in cold or ambient temperature water for 12-24 hours, still represents a tiny segment (0.4 percent) of the overall market for ready-to-drink (RTD) beverages, Mintel estimates packaged versions of cold-brew coffee reached $7.9 million in sales through 2015, a 115 percent leap from the year prior.

Mintel found that less than a quarter of the market currently drinks RTD cold-brew coffee, with older millennials and men representing demographic sets most likely to purchase the beverages. For most consumers of cold-brew coffee, interest in the beverage is derived from a desire to try new styles of coffee preparation, Mintel reported. 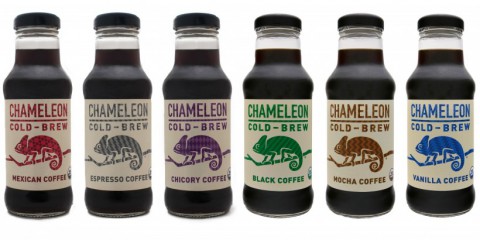 “Our research indicates curiosity about trying a new style of coffee is driving current consumer demand,” Elizabeth Sisel, a Mintel Beverage Analyst said in the report. “However, this may foretell future challenges for the beverage; when a newer coffee brewing method begins to trend, it may easily overshadow cold brew’s current popularity.”

Despite a quickly growing market, there are many consumers still wary of cold-brew coffee. Mintel stated that “the majority of cold brew coffee non-drinkers remain uninterested in trying the product (58 percent),” noting that the data is particularly representative of older generations, “including 65 percent of Baby Boomers and 45 percent of millennials.” Although cold-brew coffee is said to offer a smoother and less acidic taste that conventionally prepared versions, Mintel’s research found that 48 percent of consumers who have tried the beverage said that they do not like the taste. The higher price point for cold-brew coffee detracts just 9 percent of consumers from purchasing the beverage.

Meanwhile, consumers are increasingly seeking the addition of functional and healthy ingredients to their coffee, according to Mintel. The research firm reported that “44 percent of US consumers wish they could add healthful ingredients (eg vitamins, minerals) to their coffee- and tea-based drinks at foodservice.” The data comes amid a high protein claim for 3 percent of U.S. coffee product launches in 2015, a number in line with protein content trends throughout the food and beverage industry.