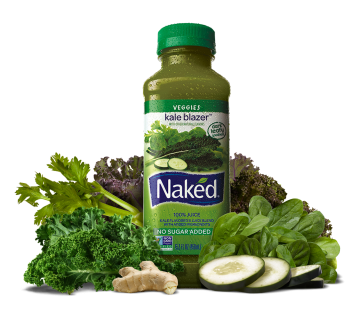 The Center for Science in the Public Interest (CSPI), an influential consumer watchdog group, this week filed a lawsuit against PepsiCo alleging that the beverage and snack giant “misleadingly markets” its Naked Juice brand. The lawsuit was filed along with New York law firm Reese LLP in U.S. District Court for the Eastern District of New York on behalf of consumers in California and New York.

CSPI faults PepsiCo with misrepresenting some Naked products, including the brand’s “Kale Blazer,” by claiming that they “predominantly consist of high-value ingredients,” but in actuality are mostly comprised of orange and apple juice. CSPI also claims that PepsiCo’s labeling of Naked juices with the statement “No Sugar Added” implies that the beverages are low in sugar; the organization notes that a 15 oz. bottle of Kale Blazer contains eight teaspoons of sugar and compares it to 10 teaspoons of sugar in a 12 oz. can of Pepsi. Moreover, PepsiCo “fails to prominently disclose that the drinks are ‘not a low-calorie food,’” as required by the U.S. Food and Drug Administration, CSPI states.

PepsiCo yesterday issued a press release responding to the lawsuit, which it called “baseless.”

“There is nothing misleading about our Naked Juice products,” the company stated. “Every bottle of Naked Juice clearly identifies the fruit and vegetables that are within. For example, the label on our Kale Blazer juice accurately indicates each bottle contains 5 3/4 Kale leaves. All products in the Naked portfolio proudly use fruits and/or vegetables with no sugar added. Any sugar present in Naked Juice products comes from the fruits and/or vegetables contained within and the sugar content is clearly reflected on label for all consumers to see.”

CSPI also alleges that PepsiCo’s advertising for Naked’s Kale Blazer exaggerates the amount of kale in the product, pointing to statements such as “you might actually live forever because kale has tons of antioxidants that combat aging,” and the beverage is a way to “pack more kale into your diet.” 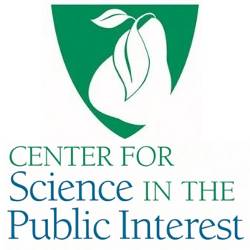 “Consumers are paying higher prices for the healthful and expensive ingredients advertised on Naked labels, such as berries, cherries, kale and other greens, and mango,” CSPI litigation director Maia Kats said in a press statement. “But consumers are predominantly getting apple juice, or in the case of Kale Blazer, orange and apple juice. They’re not getting what they paid for.”

Meanwhile, PepsiCo introduced a new landing page for Naked Juice’s website promoting its efforts to be transparent in how it labels and markets the juices. The page includes a heading of “Everything Is Right There On Our Bottles” and a couple paragraphs of text, including the statements: “Everything we do is centered around one thing – you. Our consumers have always been—and continue to be—our top priority. We place our consumers first and foremost. Always.” The page also shows images of four Naked Juice products in which it points to and circles areas on each label with information about ingredients, sugar and calorie count and Non-GMO verification. PepsiCo also circles the statements “all sugars are found naturally in the fruit” and “not a low calorie food,” both of which are located underneath the label’s nutrition facts panel.

The company is also active on social media. A recent post on the brand’s Twitter account states that “Printed on every NAKED is THE GOODNESS INSIDE—a complete list of every fruit & veggie found in the bottle.” The post also includes a photo showing the ingredient list on a bottle of Naked Juice.

CSPI is seeking class action status for its lawsuit and for the court to provide “injunctive relief and monetary relief for misled consumers.”

This is not the first time that PepsiCo has faced legal action regarding how it labels and markets Naked Juice. The company was sued in 2011 regarding its use of terms including “100 percent juice,” “100 percent fruit” and “all natural” in describing Naked Juice. The lawsuit claimed that because Naked juices at the time contained genetically modified ingredients PepsiCo was misleading consumers. PepsiCo eventually settled the lawsuit in 2013, agreeing to a $9 million payout to wronged consumers; the company also removed “all natural” from Naked packaging.