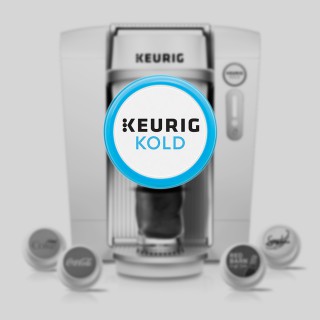 Less than 10 months after its launch, Keurig Green Mountain is cutting its losses on “Keurig Kold.”

CNN reported Thursday that Keurig made the decision to discontinue the counter-top, pod-based cold beverage system and will issue refunds to customers who purchased the product. Company spokesperson Suzanne DuLong also revealed that the Keurig Green Mountain is laying off 130 employees, the majority of which worked on Kold manufacturing and support teams.

The news comes about seven months after German holding company JAB acquired Keurig Green Mountain in a deal valued at nearly $14 billion. The Coca-Cola Co. had been an investor in Keurig, having purchased a 16 percent stake in the company in 2014. The deal included a 10-year agreement in which Coke would create pod-based, single-serve beverages for use in the Kold system.

Despite initial enthusiasm for the deal, investors and analysts became concerned when Keurig revealed that Kold would retail for $300, about $100 more than initial estimates for the unit, and a significant premium as compared to the starting price for SodaStream’s at-home cold beverage systems. Upon its launch in fall, 2015, Keurig Kold debuted at $369.

At the time, Euromonitor, a global market research firm, explored some of the other challenges the company might face with with the system, pointing to the smaller 8 oz. portion size the system produced, among other factors.

“The most common pack size are usually the 12 oz. can or 20 oz. plastic bottle, so I think that doesn’t align currently with consumer expectations, although that may be changing,” said Howard Telford, Euromonitor International’s senior industry analyst.

Telford also discussed the high unit price of the beverage pods and the limited distribution of its system and pods.

“I think there will be fans of the brand initially and that could draw some interest but the big challenge is going to be whether or not that price point is going to draw in mainstream consumers as well,” Telford added.

Signs of the Keurig Kold’s demise became apparent in April, when the company ceased retail sales of the product and pods, making it available for purchase exclusively via its online marketplace.

In a statement, the Coca-Cola Company said its partnership with Keurig on the Kold system “provided a great opportunity for innovating and learning about new technologies that can deliver our beverages to consumers.”

“Through it we’ve gained valuable insights into what people want and expect from an in-home, single-serve cold beverage system,” Coke continued. “We will apply those learnings as we continue to explore innovation that will enable people to enjoy our brands in new ways.”

Keurig Kold customers have until August 31, 2016 to submit a refund request.