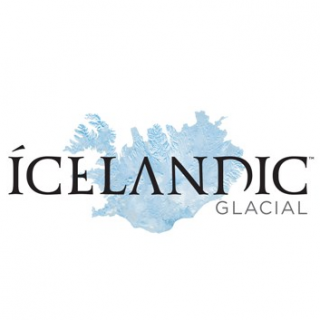 LOS ANGELES, (October 13, 2017) — Icelandic Glacial, Ben Stiller’s Stiller Foundation and Cher today announced their partnership and plan to donate over 600,000 bottles of water to people across Puerto Rico and the U.S. Virgin Islands in response to the catastrophic hurricanes. Over 500,000 bottles are reaching Puerto Rico with the help of Save the Children. The donated water should begin to arrive within the coming weeks.

“This tragedy has had a devastating impact on the communities, and water is one of the most basic needs to get everyone back on their feet,” said Jon Olafsson, Chairman and Co-Founder of Icelandic Glacial.

“With the assistance of Ben and Cher and the incredible reach of their voices, we hope that our water will not only reach the families in need, but also raise awareness for continued support from around the country,” said CEO Reza Mirza.

This is not the first time Icelandic Glacial and Cher have teamed up to be first responders to a national crisis; the two made headlines in January of 2016 for sending water to the people of Flint, Michigan after the poisoning of local water. As one of the first high-profile people to speak out against the crisis, Cher had initially reached out to her friend and Icelandic Glacial investor Brad Horwitz, who was able to also connect her with the brand. He made a similar introduction for Stiller and his charity, The Stiller Foundation, when they were looking for ways to help the people affected by the disaster. Icelandic Glacial had previously been one of the first major companies on the scene to donate water to Haiti relief in 2010 and to Canada’s McMurray fire disaster in May of 2016.

“These two catastrophic hurricanes have devastated Puerto Rico and the U.S. Virgin Islands, forcing families there to rely on the support from people around the world,” said Stiller. “I am partnering with Cher and Icelandic Glacial to provide some fundamental emergency relief as residents work toward rebuilding their communities.”

Icelandic Glacial is the super-premium natural spring water, bottled at the source from Iceland’s legendary Ölfus Spring, which was formed more than 5,000 years ago and is shielded from pollution by an impenetrable barrier of lava rock. The spring produces water so pure that nothing is added or taken away. As a result, Icelandic Glacial possesses exceptional balance featuring a naturally low mineral content and a naturally alkaline pH of 8.4. Icelandic Glacial is further distinguished as the world’s first certified carbon neutral natural spring bottled water for product and operation. Icelandic Glacial uses 100% natural green energy to fuel its production delivering a premium bottled water to discerning consumers around the world while maintaining a “net zero” carbon footprint.