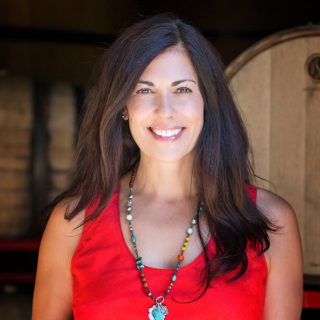 Christine Perich was today announced as the new chief executive officer of World Waters, maker of fast-growing high pressure processed juice brand WTRMLN WTR. Perich is the former CEO of New Belgium Brewing, which she left in October after 16 years at the Colorado-based craft beer company.

The New York-based brand is coming off a banner year in 2016, in which it reported 300 percent growth and secured placement in over 15,000 retail locations nationwide. WTRMLN WTR also landed Grammy-winning singer and actress Beyoncé as an investor in May.

In an interview with BevNET, WTRMLN WTR co-founder and creative director Jody Levy explained that Perich’s experience in building brands would be an asset as the company enters a new stage in its development in 2017.

“As we are growing and scaling, it was time for new leadership that has experience growing a brand from this stage to where we’re at and onward,” Levy said. “I think that paired with Christine, who has an amazing passion for building companies and scaling culture. She obviously has a background in finance and has been an exceptional leader, and with that is this real understanding for mission-driven companies and how you grow both internally and externally with a mission and a strong brand culture.”

Perich, a graduate of Colorado State University, replaced company co-founder Kim Jordan as CEO of New Belgium in August, 2015. She is credited with helping the brewery transition to 100 percent employee ownership in 2013.

She began her career at New Belgium in 2000 and previously served as the company’s chief financial officer, chief operating officer and president.

Perich was traveling out of the country and not available for comment at the time of publication.

Levy said that Perich would not be joining the board of directors at World Waters. Perich does currently serve on the board at California-based kombucha company Health-Ade. Notably, both World Waters and Health-Ade received investment in 2016 from CAVU Venture Partners, a private equity firm focused on healthy food and beverage companies.

The new CEO appointment follows the close of an additional $7 million capital raise for WTRMLN WTR, which Levy said came from a group that includes all of the company’s current investors.

“They are the people that have been building this company with us from the beginning,” Levy said. “We are in a very awesome position because our investors have continued to grow this company all the way through.”

Perich is replacing Rob Paladino, who was appointed CEO in November, 2014 after previous stints at PepsiCo and Coors Brewing Company.

Additionally, World Waters announced that Peter Burns, former president of Hain Celestial USA and former president and CEO of Justin’s Nut Butters, has joined the company’s board of directors.