If you were at this year’s Institute of Food Technology (IFT) show, held this week at the Sands Expo and Convention Center in Las Vegas, you likely caught a glimpse of the future. The venue hosted over 20,000 attendees and 1,200 exhibitors showcasing a range of ingredients, flavorings, colorings, sweeteners and everything in between, painting a broad portrait of the current state of the industry and pointing the way towards further developments and innovations that are only just beginning to emerge.

A consistent thread throughout IFT 17 was the drive towards clean ingredient labels. According to market research group Mintel, 30 percent of U.S. food and beverage shoppers would purchase more store brand food and drink products if they contained ingredients that are easily recognizable. Furthermore, 32 percent of U.S. consumers agree foods with “natural” claim are good for their health. Exhibitors across the spectrum followed that guiding principle in their development of plant-based proteins, sweeteners, and other products.

With consumers seeking more options in both protein and plant-based products, ingredient manufacturers are naturally seeking out ways to deliver that combination to food and beverage brands. 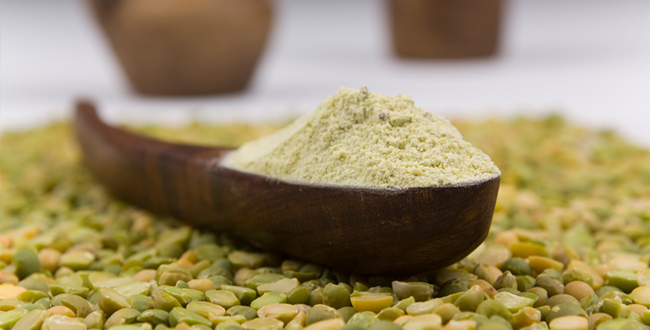 The rising prominence of peas as a valued ingredient on the plant-based protein landscape was reinforced at IFT 17. A versatile base for use in both food and beverage products, pea proteins address consumer demand for both high protein content and allergen-free products, with the global pea protein market projected to grow 13.5 percent per year in volume through 2023, according to Global Market Insights.

French company Roquette, which will become the world’s largest producer of pea protein when its new $300 million dedicated pea protein manufacturing center in Canada starts production in 2019, showcased its NUTRALYS line, which includes a variety of isolates and textured proteins that can be used as an alternative to milk and soy-based sources in food and beverages. Meanwhile, Axiom Foods, the largest maker of plant protein ingredients in the U.S., debuted VegoteinTM MA, a non-GMO pea protein developed as a meat extender that can add nutritional value and lower costs for burgers and other meat products.

In working with plant-based proteins, companies at IFT 17 were also seeking ways in which to make them more palatable to consumers. Glanbia, for example, presented a new particle dispersion technology called BevEdge based on an all-protein solution. By eliminating the need for lecithin, an emulsifier typically used for dissolving powders, the idea is to give beverage companies opportunities to create better-tasting and more marketable plant-based protein products with the clean ingredient profile that consumers are increasingly seeking out. Glanbia’s BevEdge Pea Protein, for example, is formulated to dissolve instantly and better mask the pea notes in the flavor.

We have seen the enemy, and its name is sugar. From natural sweeteners to new synthetic blends, ingredient manufacturers at IFT 17 showcased a variety of new innovations aimed squarely at reducing sugar content, if not eliminating it altogether.

Yet while consumers are increasingly paying attention to sugar content, that does not correlate directly to increased acceptance of products with low/no/reduced sugar claims. According to data from Mintel, 35 percent of U.S. consumers think products labeled as “reduced sugar” frequently contain lots of artificial sweeteners. At the same time, only 19 percent of U.S. consumers say they are buying more food and drink products that contain natural sugar substitutes such as stevia and monk fruit. While the percentage of U.S. product launches that contain artificial non-nutritive sweeteners still outpaces those made with natural types, the number has been steadily increasing since 2012, presenting opportunities for manufacturers that can find the right balance of taste and price point.

Of those natural sugar sweeteners, stevia remains one of the most popular — and one of the most polarizing. At IFT, companies showcased innovations in stevia designed to deliver a cleaner, better tasting experience. BESTEVIA Reb M, developed by Westchester, Ill.-based manufacturer Ingredion, fit into that category. Presented as a more premium product, BESTEVIA is formulated to deliver higher sweetness and less bitterness than Reb A stevia, which is more commonly associated with the bitter taste when used in larger quantities. This would also decrease the need for masking agents which are commonly used to curb stevia’s aftertaste. 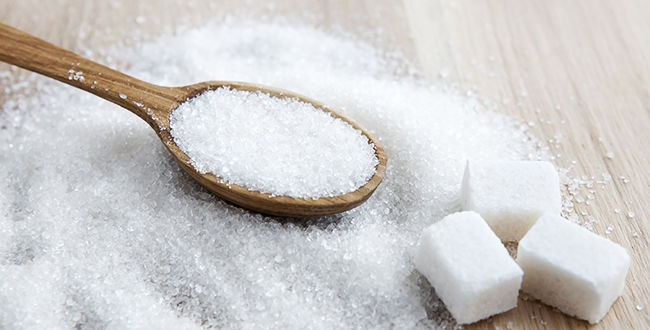 Agricultural product companies are also pivoting to take advantage of this expanding area of business. In March, U.K.-based company Tate & Lyle announced a partnership with ingredient company Sweet Green Fields, which holds a broad portfolio of stevia-based ingredients, to integrate their products into Tate & Lyle’s global sales and distribution network. Cargill, meanwhile, teased its upcoming next-generation stevia product called EverSweet, which will be produced beginning next year through a new partnership with Evolva.

Kerr Concentrates, on the other hand, is seeking to reduce sugar by developing vegetable-based concentrates that can be used in fruit juice blends and smoothies.

As with many other ingredient types, manufacturers are also looking into potential functional benefits for sweeteners and sugar substitutes. Matsusani Chemical Industry Co. showcased Astraea, a proprietary zero-calorie sweetener made from the rare sugar allulose, available in both crystalline and liquid formats. The company has found a foothold for allulose in Japan, where it is frequently paired in combination with other sweeteners, but has yet to make major inroads in the U.S. market. While it provides about 70 percent of the sweetness found in sucrose, some studies have shown it could also help lower blood-glucose levels by inhibiting the digestion of starch in the intestine. Further clinical trials are needed to confirm the preliminary results before the company can make health claims, but allulose’s recognition by the U.S. Food and Drug Administration (FDA) as a GRAS ingredient in 2014 means it has a pathway towards mainstream adoption in the future. Tate & Lyle also showcased DOLCIA PRIMA Allulose, available in both crystalline and syrup formats, at IFT.

Continuing along the theme of clean ingredient labels, the development and integration of botanical ingredients, including adaptogenic herbs, were exhibited at IFT 17. Responding to industry demand, Naturex has expanded its botanical offerings in recent years with the aim of delivering a cohesive experience that’s visually appealing, healthy and tastes great. Floral extracts such as elderflower, hibiscus and rose, the latter of which is processed without grinding to create a 100 percent pure product, are a focus for the company, as well as function-forward natural ingredients like maca root and yerba mate.

Natural ingredients are being considered not just for their taste but also as a means of adding visual appeal to products. Turmeric, for example, adds a bright orange hue, while matcha, which increased in use in food and beverage innovations by 30 percent globally in 2016, provides a distinct light green coloring. The visual nature of these ingredients is a natural fit with social media sharing; consider the brief viral obsession with the Starbucks Unicorn Frappuccino, a special pink and purple release colored with spirulina, turmeric and fruit and vegetable colors that was available for just five days in April 2017.