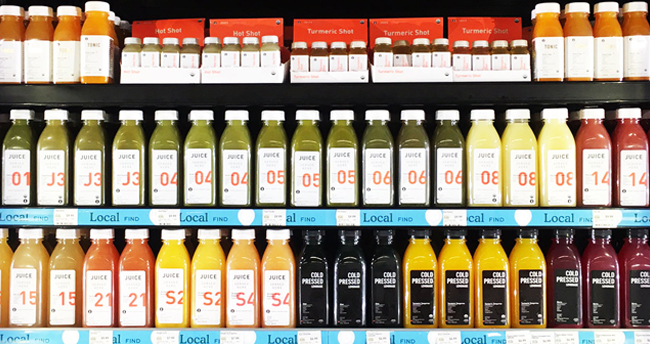 Juice Served Here is expanding its definition of where “Here” is.

The cold-pressed juice maker, which began in 2012 as a Los Angeles-based brick-and-mortar chain of juice bars, have been steadily growing beyond its own locations and building a wholesale business at retailers, including Sprouts and Whole Foods. As the company’s relationship with those key accounts evolves, it now has its eyes set on getting its lines of juices, shots, and tonics into retail stores across the East Coast as it simultaneously locks down more grocery and on-premise placement in its native California.

Speaking to BevNET, co-founder and CEO Alex Matthews announced several new distribution pickups for Juice Served Here, including the launch of the company’s 12 oz. juices in 13 Noah’s Bagels locations in Southern California. Three flavors — the Green Easy, the Pixie, and the Cali — will be sold for $5.99.

“There’s a real opportunity in some of these other spaces where previously we thought maybe it wasn’t possible,” Matthews said. “But we’re finding that customers going to these quick-service spaces really do want a healthier product.”

Prior to 2016, Matthews said, Juice Served Here’s focus was on expanding its branded retail store business into more locations. However, in January of that year the company adopted a wholesale strategy, initially aimed at getting the brand into upscale bars and restaurants before opting to expand the business into grocery chains, including deals with Bristol Farms, Lazy Acres, Sprouts. The company has also partnered with HiTouch as a key strategic partner in their expansion in Whole Foods’ South Pacific region.

On the East Coast, Matthews said the company has been plotting to duplicate its West Coast success with similar methods. Juice Served Here has partnered with specialty distributor Baldor Foods to expand availability of its products in the Eastern U.S.

“Our strategy has been made up of lots of different segments of the market,” Matthews said. “So we’ve been thinking about how to build up that same footprint on the East Coast.” 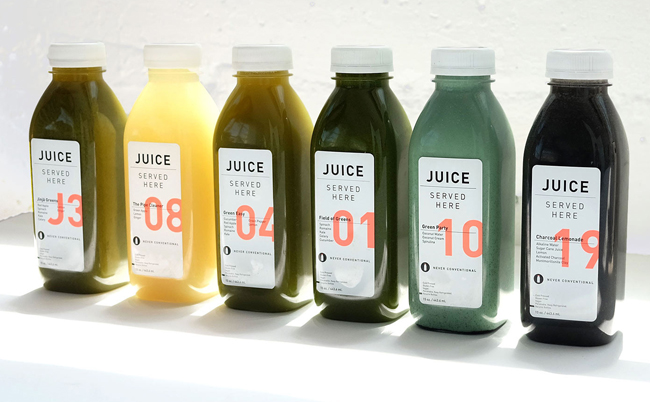 Since unveiling its 8 oz. tonic line and juice shots at the 2017 Natural Products Expo West, Juice Served Here has launched both nationally with its grocery partners. According to Matthews, the new line has been doing “phenomenally well” at Whole Foods where the brand has 17 facings in several stores in California, with the tonic as one of its top-selling products.

With the early success of the new products, the company has been busy building its innovation pipeline. By the end of the year, it will release six new juice SKUs and two lemonades slated for release later this summer, and two shots and two tonics that will launch in the fall. Juice Served Here will soon make more of its juices available in 8 oz. serving sizes in order to appeal to price-conscious consumers. Set for a late September launch, the additional pack sizes will coincide with a number of launches with East Coast retailers.

“The tonic for us is a new category, it’s a lot more nutritionally dense than a regular cold-pressed juice — a lot more potent, a lot more powerful — and the demand for that product has been building,” Matthews said.

The new juices will focus on low-sugar, vegetable-based offerings to accompany Juice Served Here’s Field of Greens flavor, which contains 1g of sugar per serving. Among the new veggie offerings include a celery, green bean, tomato, lemon, and trace minerals flavor and a cucumber, jicama, char, lemon, jalapeno, and spirulina flavor.

“We know sugar is a hot topic, but people are still going to drink juice,” Matthews said. “I think the way you talk to them and the kind of products you focus on is what’s important at this point.”