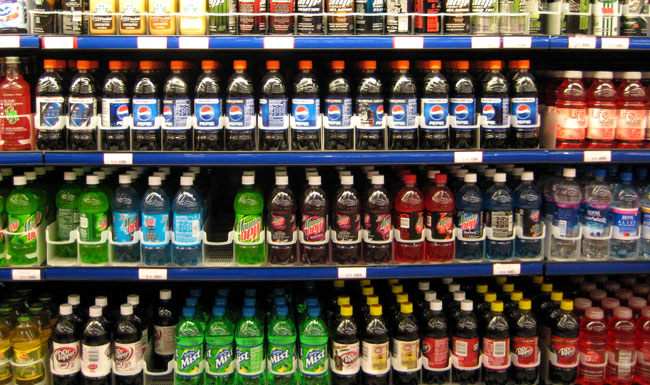 A few months after Chicago government officials voted to repeal the city’s soda tax, Philadelphia’s version of the controversial tariff may be headed for a similar fate.

“The imposition of this unfair tax is threatening those efforts in a very real way, with some grocery stores reporting as much as a 20 percent drop in overall revenue since its inception,” Mustio said, according to a report on Law.com. “To avoid the tax, supermarket customers are purchasing their food and beverages right over city borders. In the grocery industry, a revenue drop of this magnitude is very difficult to overcome. If the tax stays in place, it is not inconceivable that stores may begin to close, which would be a tragedy for people living in those neighborhoods.”

Mustio’s declaration followed a previous memo from State Sen. Mario Scavello which sought sponsors for a proposal to repeal the tax. The measure also applies to drinks that include either natural or artificial sweeteners, such as aspartame and stevia.

Revenues from the tax will be directed towards funding pre-K program, government employee benefits, city programs and rebuilding city parks and recreation centers.

Almost a year into its existence, results for the tax have been mixed. In March, PepsiCo announced layoffs at two Philadelphia area distribution plants, as well as one in Wilmington, Del., based on the “economic realities created by the recently enacted beverage tax.”

In August, media outlets reported that revenue collected from the tax had fallen below projections for every month since the measure took effect in January 2017. According to a report on CNBC, revenues through June stood at $39.3 million, or roughly 15 percent below the city’s original estimate of $39.7 million.

Since then, revenues have declined further. In October, city officials released figures showing $6.1 million in revenue for that month, down from September’s high of $7.4 million.

Beyond its financial impact, the tax appears to have had little effect on overall grocery store sales in the city, according to a Harvard University School of Public Health study released last month. Though sales of sweetened beverages have dropped 57 percent in the city, they have increased 38 percent just outside the city, indicating that consumers are leaving town to purchase untaxed products in Philadelphia County.