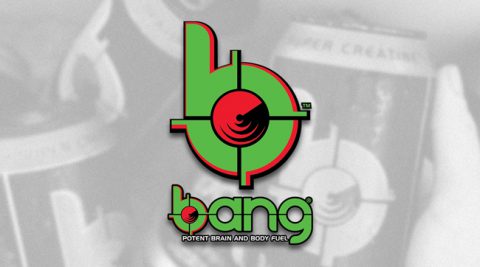 The proprietary status of a key ingredient in fitness energy drink Bang is the subject of a legal battle between the drink’s parent company Vital Pharmaceuticals and supplement maker ThermoLife.

According to a press release issued on Oct. 3, ThermoLife claims that the U.S. Patent and Trademark Office has “rejected and cancelled ALL of [Vital founder and CEO] Jack Owoc’s patent claims” to U.S. Patent 8,445,466, otherwise known as “Super Creatine,” a water-stable and water soluble form of creatine that is used in Bang.

The brand, which is marketed as part of the VPX Sports portfolio, markets shots, powdered drink mix, and ready-to-drink products made with Super Creatine, branch chain amino acids, and/or caffeine.

The release refers to an April 7, 2017 request by ThermoLife for the USPTO to re-examine the patent owned by Owoc, which was issued in May 2013. In the filing, ThermoLife asserted that Owoc’s patent was the same as a Russian patent which is protected under U.S. law and for which it holds an exclusive license.

“As the USPTO has confirmed, the compounds Jack Owoc claims to have patented were NOT invented by [VPX Sports founder] Jack Owoc at all, the ‘Super Creatine’ compounds were invented by our Russian partners, and now that we sent the USPTO proof, the USPTO agrees with us that Owoc is NOT the inventor and they are going to strip Jack Owoc of these patent claims.”

According to documents from the USPTO, a final rejection of Owoc’s claims to the patent was issued on February 1. A request for reconsideration was filed on May 29; In it’s response upholding the decision, mailed on June 11, the USPTO rejected Owoc’s arguments as “unpersuasive.”

A five month period for VPX to file an appeal expired on Oct. 11. According to the USPTO website, the patent is still listed as “active” with Owoc as the inventor.

Yesterday, ThermoLife filed a new complaint in U.S. District Court in Arizona against Vital Pharmaceuticals for false advertising. The company claims that VPX “attacked” ThermoLife’s creatine nitrate in several video advertisements on the VPX’s YouTube page that included false statements as to its chemical composition, safety and efficacy.

In the complaint, ThermoLife asserts that Super Creatine is not actually creatine because the compounds included — creatinyl-l-glutamine and creatinyl-l-lecuine — will not break down in the stomach when ingested. Instead, they either remain unmetabolized or break down into a different compound, creatinine.

ThermoLife is seeking compensatory and restitutionary damages, an order permanently enjoining VPX from making false statements, and an order declaring that the Oct. 3 press release does not give rise to a claim by VPX against ThermoLife.

According to patent research firm Lex Machina, ThermoLife filed more than 100 cases in 2017 and was amongst the ten most litigious plaintiffs for patent-related cases for the year. The firm described ThermoLife as a “patent monetization entity” (PME), or a company that holds and licenses patents and files patent lawsuits but does not sell products or services.

Representatives for Vital Pharmacueticals and ThermoLife declined to speak on the record for this story.