First they came for sugar and calories. Now they’re coming for caffeine.

They, in this case, refers to sparkling water, a category whose explosive growth in recent years has been accompanied by declining sales for carbonated soft drinks (CSDs) and sodas. Thus far, brands in the space have found success by spinning their offerings as natural refreshment without the calories, sugar, and artificial flavors and colors often associated with CSDs. In caffeine, however, an ingredient that consumers also associate with sodas, a handful of beverage makers see a natural opportunity to extend their brands amidst a crowded field of competitors.

For Matt Matros, co-founder and brand director of Chicago-based coffee roaster and retailer Limitless Coffee, launching a lightly caffeinated sparkling water is one way to further the company’s mission from both a functionality and sustainability perspective. Limitless uses caffeine from coffee that is removed when roasting the company’s decaf variety and infuses it into carbonated water, with approximately 35 mg per 12 oz. can.

“Our brand promise is powering productivity through clean caffeine,” said Matros. “Sparkling water just so happens to be the conduit.”

The concept of adding caffeine to water isn’t new in itself. Brands like 3 Water, Water Joe and Avitae have marketed caffeinated water products for years, while flavored water brand Hint has a line extension with 60 mg of added caffeine called Kick. According to Matros, the new Limitless line is positioned as a healthier alternative for consumers who consume diet sodas throughout the day for both refreshment and the caffeine boost.

“We found a Harvard Medical School study that said microdosing caffeine is the more appropriate way to consume it for more sustained energy, greater mental performance and clarity throughout the course of the day,” he said. 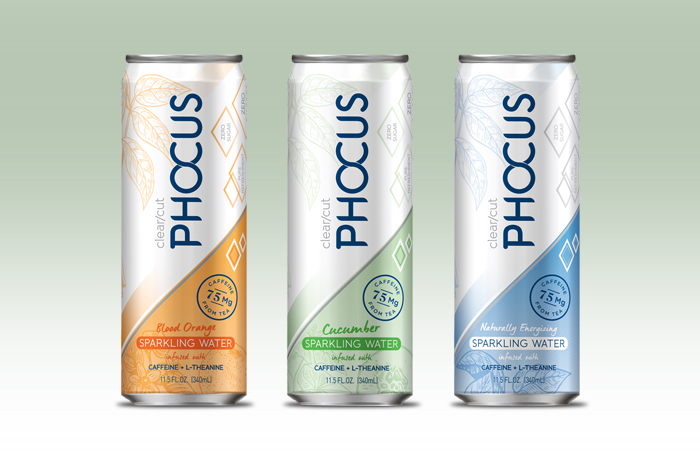 With its caffeinated sparkling water, Louisville, Ky.-based Phocus is seeking to emphasize its delivery method as a point of difference. The product, which is currently in approximately 100 accounts, contains 75 mg of natural caffeine from green tea in each 11.5 oz. slim can, plus L-theanine, an amino acid that Phocus co-founder Tom O’Grady said provides a “smoother energy lift.” Phocus targets a similar afternoon use occasion as Limitless, but O’Grady acknowledged that the brand’s position between sparkling water and energy drinks can present a challenge in terms of merchandising.

“We’ve been put in a variety of different spots [on shelf],” he said. “We’ve relied a lot on our branding to really differentiate ourselves and catch the eye. The price point of $1.99 makes us a great fit next to Red Bull. If you put us next to sparkling water, [price] can be a detriment, but that branding brings us the pull and the can sells it after that.”

While caffeinated sparkling water may provide a path to new consumers, it also can create the potential for conflict with distributors who already carry energy drinks or sparkling waters. Major New York distribution house Big Geyser, for example, declined to carry Hint Kick due to its existing relationship with Monster Energy. O’Grady said that two distributors backed away from Phocus due to existing contracts with other sparkling water brands, and while Matros said he hasn’t run into the issue yet with the sparkling line, he is aware of the risk from his experience with Limitless’ cold brew, which one distributor declined to carry upon request from Red Bull.

“I imagine this is going to be the kind of thing that energy drink distributors are going to have to decide where their bread is buttered,” said Matros. “I don’t begrudge anyone who’s trying to keep their relationship with Monster or Red Bull.”

Limitless and Phocus aren’t the only brands to recognize the potential for caffeine-infused sparkling waters. California-based startup Wave Soda, which markets blends of sparkling water and fruit juice, includes 42 mg of caffeine in each 12 oz. can. 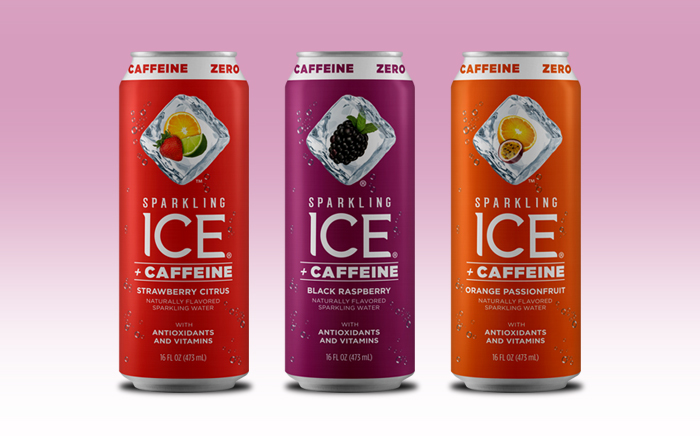 Meanwhile, in mid-June, Sparkling Ice will begin a regional test rollout of a new caffeinated product line. Available in Black Raspberry, Blue Raspberry, Orange Passionfruit, Strawberry Citrus, and Triple Citrus flavors, the waters contain 70 mg of synthetic caffeine and are sweetened with sucralose. They will roll out at select convenience stores in the Midwest in 16 oz. cans.

“We are hoping to source volume from diet soda drinkers who are looking for a healthier alternative but do not want to sacrifice caffeine,” said the company in an email to BevNET. “By adding caffeine to Sparkling Ice we see this as a strong opportunity to compete within the immediate consumption channels and provide consumers with a refreshing pick-me-up to enjoy throughout the day.”

In March, it was rumored that sparkling water juggernaut LaCroix was preparing to unveil a new caffeinated line at the 2018 Natural Products Expo West show in Anaheim, Calif. Although the rumor turned out to be false, the potential for LaCroix and other category leaders to launch a caffeine-infused line could help shape the future of sparkling water at retail.

“I think time will tell what the consumer goes for,” said Matros. “I think part of the reason why Diet Coke is still in existence is because it does have that perfect amount of caffeine that people want, and there hasn’t been a replacement. Everything that’s come out has been caffeine free or super caffeinated, nothing in between.”