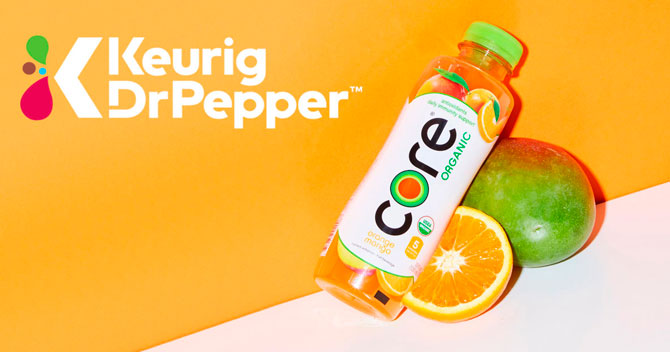 Going from launch to a nine-figure exit in just 3 1/2 years is a rare feat in the beverage industry, but several of the key players in CORE Nutrition’s $525 million sale to Keurig Dr Pepper (KDP) aren’t surprised.

Speaking with BevNET, several investors and distributors, as well as CORE founder Lance Collins all said the deal represents a natural next step for the fast-growing premium water maker and it has a visionary team behind it to thank.

In a call with BevNET, Collins said moving forward with KDP was the right decision for both companies. Discussions of a sale to KDP had begun earlier this year, he said, prior to the announcement in July of Fiji’s departure from KDP’s allied brand portfolio, which took with it a significant portion of the distributor’s presence in the premium water space. As an allied brand, 2/3rds of CORE’s U.S. distribution is provided through KDP and the acquisition ensures the brand stays within the portfolio — a move made more urgent due to interest in the brand from other multinational strategics, according to Collins.

“It was the right deal for both of us,” he said. “KDP wanted to own the brand rather than maintain it as an allied brand, and we got a very fair price on a company that is only three years old but growing over 100 percent per year.”

“They call me the pulse before the trend,” Collins said. “We saw the trend of premium water back in 2014 when we started working on it, and we felt that we wanted to catch this wave. And to do it you had to come up with something that was disruptive in design and you had to have a real good story in terms of ingredients.”

An early partner for the brand was Coca-Cola Co.-owned incubator L.A. Libations. According to L.A. Libations CEO Danny Stepper, an original board member at CORE, it was through this partnership that the brand was able to enter Kroger and H-E-B stores. Stepper also enlisted 7-Ventures, the investment arm of 7-Eleven, as an investor.

“7-Eleven put some top spin on the brand early on,” Stepper said. “It started registering on Nielsen and IRI quickly that it was big with consumers. That played such an important role.” 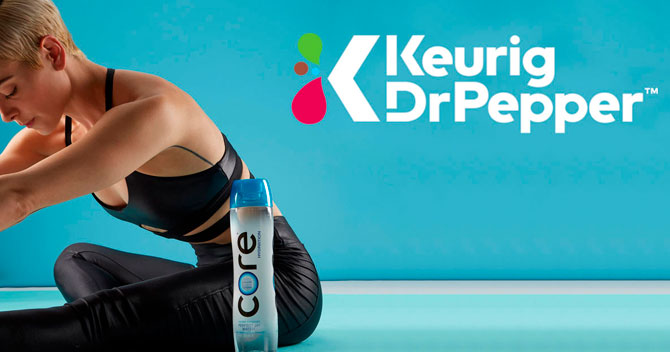 Another early partner was Halen Brands, which made CORE its first entry into beverage in 2015. According to founder and CEO Jason Cohen, from an investor’s standpoint CORE was one of the fastest growing water brands in a difficult and crowded category. Cohen said that “90 percent of the decision” to invest was based on Collins’ prior successes in the beverage industry with brands such as Fuze.

“Lance and his team are the hardest working players in the beverage world,” Cohen said. “Who else is up at 3 a.m. West Coast time to talk every morning when I wake up on the East Coast? I am constantly challenging myself to work at their pace.”

According to Cohen, Halen Brands was instrumental in identifying channel strategies for the club and natural channels for CORE, as well as helping the brand to identify cost savings initiatives.

Cohen also noted that Fiji’s departure from the KDP stable was an important factor driving the acquisition. The tight alignment between CORE and KDP gave the parent company an urgency to act before they lost the brand to a higher bidder.

Responding to BevNET via email, a KDP spokesperson said the company’s sales and distribution capabilities fueled “significant growth for CORE,” which tightened the partnership between them. The spokesperson also dispelled rumors that KDP is seeking to minimize its allied brands portfolio, noting that the company recently acquired former allied brand Big Red, but has also added FORTO Coffee Energy Shots and Peet’s ready-to-drink Iced Espressos to the portfolio.

“We have clearly demonstrated an openness to consider various partnership models that provide us with the flexibility to evolve our portfolio to match consumer needs,” the spokesperson wrote. “In instances where we have an opportunity to consider owning a particular allied brand, we are open to doing so, when a given deal makes strategic and financial sense for us.”

New York based DSD provider Big Geyser was an early distributor for the brand. Speaking to BevNET, Big Geyser COO Jerry Reda said he believed Collins to be “a creative genius, the Steve Jobs of the beverage industry” — a comparison that was echoed by Danny Stepper. Reda praised his work developing the brand and the bottle design, which he credited as helping selling the brand to millennial consumers. Reda could not yet say if Big Geyser will remain a distributor for the product in the future, but noted that CORE fills “a tremendous void for KDP and is a great brand with tremendous upside potential” in the premium water space and its acquisition leaves Essentia as the only national independent premium water brand on the market for acquisition.

“A lot of people are going to want to get their meathooks into Essentia,” Reda said.

For Collins, he credited his team with providing the fuel to “get the jet off the runway,” naming president Paul Nadel, CMO Eric Berniker, SVP of sales Jon Crecy, COO and CFO Nate Patena, SVP of operations Jon Ballas, and his wife Linda, among the rest of the CORE team as essential to bringing the brand to exit. The main team will remain in place as the company is folded into its new parent corporation.

“My team is very experienced, we all have one goal and that is to win, and we had a great partner with Keurig Dr Pepper,” Collins said. “They gave us a lot of support throughout the years. Basically, you have to evolve, you got to stay current, and you’ve got to keep what I called the ‘Evolution of the Bevolution,’ just keep innovating and making things better. That’s how you get to be a transformational brand.”