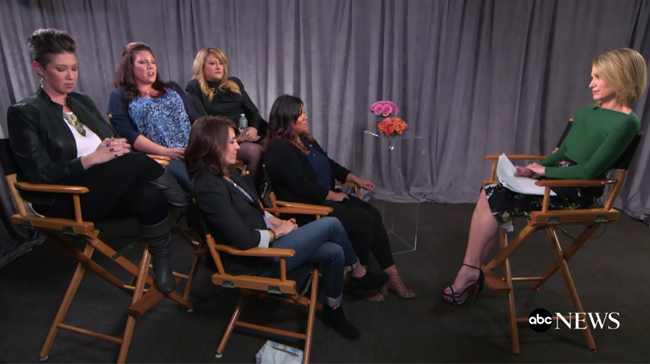 Five former Monster Energy employees suing the company for sexual harassment and discrimination say they’ve been both heartened and “overwhelmed” by support they’ve received since speaking publicly about their cases last month.

On January 23, The Huffington Post published a profile detailing the alleged abuses the women experienced while working in Monster corporate offices across the country. Last week all five told BevNET they have since received numerous calls of support from other current and former Monster employees who say they too have experienced or witnessed similar workplace harassment.

“I’ve received nothing but overwhelming support from family and friends and people from Monster that work there,” said Page Zeringue, a former senior field marketing manager for the company. “It’s just hard for them to come forward because they don’t want to risk losing their jobs. They don’t trust HR.”

Zeringue is currently suing Monster for violations of the Civil Rights Act, citing “quid pro quo sexual harassment” by her former boss, VP and general manager John Kenneally, and several other executives who worked in coordination with him. Zeringue had a consensual romantic relationship with Kenneally, she said, but early in the relationship Kenneally became verbally abusive, texting gendered slurs to Zeringue and threatening her job, ultimately leading to her termination, according to a lawsuit filed in U.S. District Court for the Eastern District of Louisiana.

Kenneally, who recently left Monster, is also named in another lawsuit against the company. Mary Frances Pulizzi, a former commercialization manager for the company, said she lost her job after Kenneally ran a coordinated harassment campaign against her in retaliation for cooperating with a Human Resources investigation against him.

Although the women have been encouraged by the support, they say Monster is not doing enough to reform its workplace culture.

Monster has denied that the cases have merit. In a statement sent to BevNET, the company rebuffed accusations that it has not handled sexual harassment accusations seriously and said it requires employees at all levels to undergo anti-discrimination and anti-harassment training.

“The Huffington Post article is unbalanced and one-sided,” the company wrote. “The allegations described in the article are inconsistent with Monster’s internal investigations, which are continuing. To date, Monster’s investigations into the lawsuits support the position that none of the lawsuits or the claims have any merit.”

Monster also disputed claims in The Huffington Post piece that the company is run “nearly exclusively by men,” and noted that its Chief Commercial Officer for North America is one of several top women in the company. On LinkedIn, Emelie Tirre is identified as the CCO.

The Coca-Cola Company, which owns an 18.1 percent stake in Monster, declined to comment for the Huffington Post story because the energy drink brand is a separate public company. In a statement, the company said it has reminded its employees of its sexual harassment and anti-retaliation policies.

Prior to publication of the initial Huffington Post article, Kenneally was placed on paid leave. On January 31, it was reported that Kenneally resigned from Monster.

Andrew Wilkinson was appointed as his interim replacement. However, Wilkinson is named in Pulizzi’s lawsuit as having allegedly helped facilitate Kenneally’s abuse and aiding in the retaliation against her, ultimately leading to her termination.

“It’s frustrating,” Pulizzi said. “So John is no longer employed by Monster but they replaced him with the man who helped him harass me. That, for me, is extremely disheartening. It’s disheartening that they aren’t taking this seriously.” 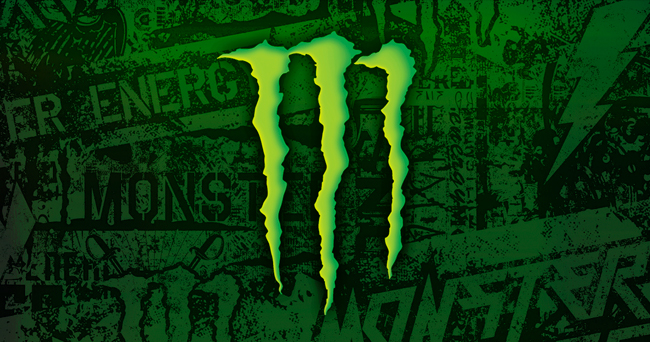 Many of the problems within Monster stemmed from the Human Resources department, according to the women. Information that was supposed to be anonymous would repeatedly leak to the accused, leading to retaliation and leaving employees feeling unsafe about reporting discrimination, they said.

Sarah Lozano, a former human resources generalist for Monster, is suing the company and her former boss, Christina Seafort, the then SVP of human resources. According to the suit, Seafort heard rumors that Lozano had slept with a married coworker, although Lozano denied the allegation. According to Lozano, Seafort used the rumors as a means of personally intimidating her and created a hostile work environment. Lozano resigned from the company, but was terminated several days before her scheduled end date when she tried to leave work early to go to a doctor’s appointment, the lawsuit states.

“[Sacks and Schlosberg] knew about what was going on because of how closely Christina managed the department,” Lozano said. “It started from the top.”

According to Zeringue, HR appeared to only take seriously complaints from executives — a structure that allowed for retaliation against female employees. The company has said this is not true.

“I learned very quickly from human resources [about] their corrupt ways,” Zeringue said. “The company policies, the handbook and the procedures did not apply to company executives.”

If Monster seeks to institute reform, they said, it would require a mass restructuring of the HR department and executive staff.

“They think they’re untouchable, and the only way I see that they are truly trying to reform, is if they completely start fresh with all new HR representatives, new policies, and completely wipe the slate clean,” Pulizzi said. “Get rid of all the problem employees, but even then I don’t know if they can reform.”

Although Kenneally and Seafort are gone, the latter now working at Amazon, others cited in the lawsuits are still with the company.

Phil Dietrich was central division on-premise food service manager during the time Jamie Leigh Hogan claims he harassed her. According to his LinkedIn profile, he has served as national director of wholesale and vending since December. Dietrich is cited in a lawsuit filed in U.S. District Court for the Northern District of Texas alleging he singled out Hogan, a regional on-premise business manager, because she was a woman.

According to Hogan, who joined Monster in 2011, Dietrich became her boss in July 2015. She said she was warned by coworkers that Dietrich had contempt for female employees.

According to the lawsuit, Dietrich “almost immediately” began discriminating against Hogan, speaking to her in condescending tones, scheduling meetings without telling her and then reprimanding her for missing them, and giving her excessive work loads. In October, the suit alleges, Hogan went to HR, but her complaints were disclosed back to Dietrich and he retaliated, accusing her of insubordination and berating her in front of coworkers. The suit also alleges Hogan was denied stock options offered to her male coworkers and was not receiving equal pay. She quit in December 2015.

Hogan told BevNET that she loved her job before she began working under Dietrich and that there were many great people at Monster, but she blamed a male-dominated “frat party” company culture that trickled down from the top for empowering abusive individuals.

“The company, I don’t know how they’re going to change,” Hogan said. “They have very few women who are employed who are not in administrative positions or the model category. But the testosterone that flows through the company you can’t necessarily fault them for because they hired all men. When I left, they replaced my territory with two men.”

However, Hogan highlighted CCO Emelie Tirre as a “phenomenal” example of a high-ranking woman in the company who she believed could be an advocate for change.

Hogan’s lawsuit is currently awaiting a date for arbitration.

In addition to Dietrich, another individual named in a separate lawsuit is still with the company. Brent Hamilton, head of music marketing, is being sued along with the company by Sara Rabuse, a makeup artist based in Hollywood, California. According to the lawsuit filed in the California Superior Court for Los Angeles County, Hamilton and Rabuse briefly dated until Hamilton violently attacked Rabuse in a hotel room during a Monster-funded work trip to Nashville, Tennessee in October 2016.

According to the lawsuit, Hamilton was allegedly allowed to buy alcohol using his corporate expense account, even though he was known by coworkers to have issues with substance abuse and violent behavior.

“My hope is that now they have their eyes out and they’re going to be able to make sure that abuse doesn’t happen amongst their employees and executives,” Rabuse told BevNET.

Rabuse said her case went before a judge last week for a demurrer hearing, as Monster is arguing there are no grounds for the suit to involve the company. Earlier this week the court ruled in Rabuse’s favor and will proceed with Monster as a defendant. 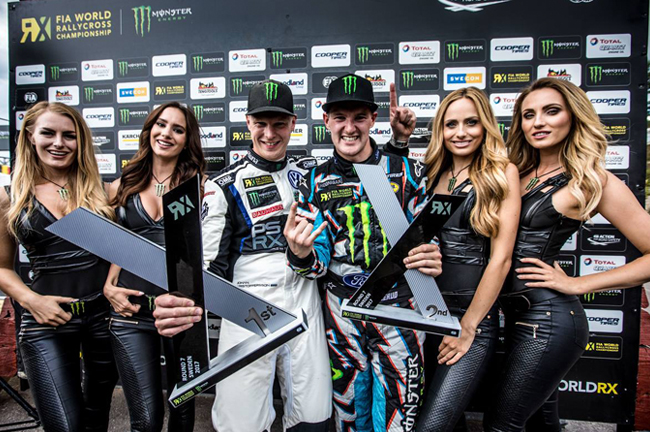 The lawsuits and public statements by Hogan, Lozano, Pulizzi, Rabuse, and Zeringue come amidst the high profile #MeToo movement, encouraging women to speak up about their experiences with sexual harassment and assault in order to shine a light on systemic abuses. The group have since appeared on Good Morning America to tell their story to a larger audience.

Rabuse, who works with clients in the entertainment industry, said she sees her case as directly a part of the #MeToo movement, which has largely been focused on Hollywood.

“I think the common denominator is people of power,” Rabuse said. “Whether it be a movie studio, whether it be Monster — a multi-billion dollar company — those are still people within power. These are executives facing these allegations. Maybe not high profile celebrities, but these are high profile executives within their company. Everybody knows who Brent is, everybody knows who John Kenneally is. The people who are higher up need to be leading by example.”

According to Zeringue, the main goal of her lawsuit is to shine a light on the sexual harassment issues within the company. Because she signed a clause when she was hired waiving her right to a jury trial, her case must move forward through arbitration and she believes it is doubtful she will receive a settlement.

“We’re trying to help others, this was all preventable,” she said.

In its statement to BevNET, Monster highlighted its diverse workforce, and denied that the cases represented a pattern of discrimination.

“Monster is a global company with approximately 3,000 employees worldwide,” the company wrote. “Monster firmly believes in a diverse and inclusive workplace. Monster has a long history and strong track record of treating its employees with dignity and respect. The cases at issue are diverse, unrelated and, as the investigations to date have shown, do not remotely suggest a systemic environment of harassment or discrimination.”

Lozano, who won a previous suit against Monster and Seafort recovering lost wages, had her first meeting to prepare for arbitration on February 1 and will have her first hearing in October. She said she hopes going public will help her chances.

“It’s just upsetting that there’s all these people being harassed,” Lozano said. “And we’re stuck in these agreements of arbitration now and really our hands are tied.”