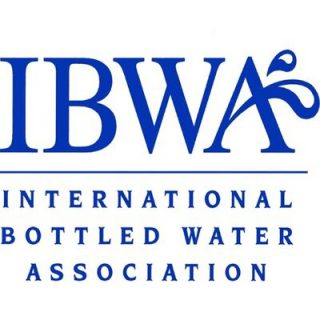 Nearly all Americans (94 percent) believe that bottled water is a healthier choice than soft drinks, and 93 percent say bottled water should be available wherever drinks are sold.

The survey, conducted online by Harris Poll on behalf of the International Bottled Water Association (IBWA) of more than 3,000 U.S. adults aged 18 and older, also found that among those who have ever purchased bottled water, those who identify bottled water as among their most preferred beverages are more likely than those who identify soda as one of their most preferred beverages to recycle their water containers.

“This poll is consistent with consumption figures released earlier this year that show, for the first time in history, bottled water is the No.1 packaged beverage in the United States (by volume),” said Jill Culora, IBWA’s vice president of communications. “People are shifting away from less healthy packaged drinks and choosing the healthy option – bottled water.”

Eighty-two percent of Americans agree they should drink more water and 90 percent believe that bottled water is a healthy and convenient beverage.

Among those who ever purchase bottled water, bottled water drinkers are more inclined to recycle their bottled water containers than those who say soda is among their most preferred beverages, as they are more likely to say they alwaysrecycle bottled water containers at home (66% vs. 60%) and away from home (37% vs. 32%). This is consistent with a 2016 PET bale analysis study that found bottled water is the number one most recycled product in curbside recycling systems, with a rate of 53.1 percent, compared to soda bottles, which was 20.4 percent. The 2016 study, by the National Association of PET Container Resources, included other food and beverage containers in its analytics.

IBWA encourages consumers to make healthy hydration a part of their daily lives and pick water as their beverage of choice, whether it’s at home, at the office, or on the go.

This survey was conducted online within the United States by Harris Poll on behalf of IBWA from November 13-15, 2017 among 3,345 U.S. adults ages 18 and older, among whom 1,984 are bottled water drinks (still or sparkling) and 1,927 are soda drinkers. This online survey is not based on a probability sample and therefore no estimate of theoretical sampling error can be calculated.

The International Bottled Water Association (IBWA) is the authoritative source of information about all types of bottled waters, including spring, mineral, purified, artesian, and sparkling. Founded in 1958, IBWA’s membership includes U.S. and international bottlers, distributors and suppliers. IBWA is committed to working with the U.S. Food and Drug Administration (FDA), which regulates bottled water as a packaged food product, to set comprehensive and stringent standards for safe, high-quality bottled water products.

IBWA is proud to be a supporter of Drink Up, an initiative of former First Lady Michelle Obama and the Partnership for a Healthier America (PHA), which encourages Americans to drink more water more often – whether from the tap, a filter, or in a bottle. Choosing water is always the healthy choice.