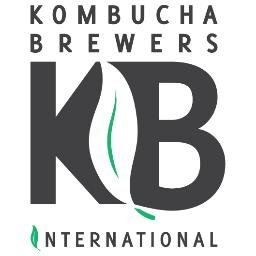 GT Dave announced the contribution at the sixth annual KombuchaKon in Long Beach, California. Attendees greeted the news with a standing ovation. The Laraine Dave Endowment Fund, has been established by GT Dave to honor of his mother Laraine Dave to further their mission of protecting authentic kombucha.

“Our endowment is aimed at helping KBI in two main areas,” explained GT Dave. “First, it supports the promotion of the fair and cohesive legislation necessary for our industry to thrive. Second, we urgently need a standard of identity to protect the integrity of the product.”

“Our industry is at a critical juncture,” stated KBI president Hannah Crum. “KBI is actively pursuing legislation to stabilize our industry. These funds will allow us to expand our lobbying efforts, educate the public and protect our brewers. We deeply appreciate GT’s Living Foods contributing these funds to the industry he helped create and nurture over the past two decades. Our members are committed to working together to grow a strong culture.”

This year’s KombuchaKon was the biggest to date with 424 attendees, including 61 sponsor booths. Over 17 countries represented by 112 brands from around the world, including: Canada, Spain and Australia, who accounted for 16 percent of the total attendees.

GT’s Living Foods was founded in 1995 by GT Dave. The company stays true to its roots by continuing to handcraft its signature small batch Kombucha in the same way GT did in his parents’ kitchen more than 24 years ago. The family-owned and operated company has since expanded its offerings beyond kombucha to include ALIVE, CocoYo, CocoKefir and VeggieKefir. With a commitment to the integrity of the ingredients, as well as the process, GT’s Living Foods is dedicated to crafting products with living probiotics that are raw, organic, vegan and gluten free. It is their purpose to help people to live happier, healthier lives. For more information, please visit gtslivingfoods.com.