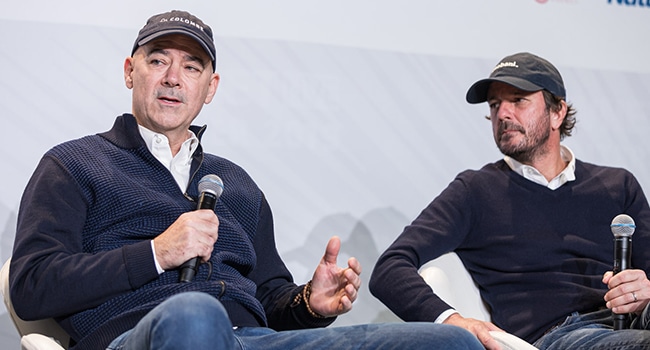 Beverage industry leaders took the stage at BevNET Live Winter 2019 in Santa Monica, California today, offering their insights into the importance for entrepreneurs to take risks and evolve, as well as the importance of knowing when to stand their ground and double down on the issues that matter most to them and their companies.

The event began with opening remarks from BevNET Editor-in-Chief Jeff Klineman, who spoke about the moral evolution of the beverage business in which social missions and sustainability initiatives have become a new norm — and a new challenge — for brands.

“Right now companies and leadership teams regardless of category are of huge importance not just in business but with regard to social and moral leadership, and products are only part of these equations,” Klineman said. “All those success stories about purpose-driven entrepreneurs, all those Seth Goldmans out there, they’ve reset the bar and added this new hurdle. That’s great. It’s helped open the door for new products and ways of doing business, but now you’ve got to live up to that success and keep your moral position in mind.”

In particular, Klineman highlighted the efforts of La Colombe co-founder and CEO Todd Carmichael, who earlier this year made headlines when he paid off the entire lunch debt for all Philadelphia public school students. His donation was initially rejected by the city government, but a public backlash led the city to reverse its plans to penalize parents of children with outstanding debt and accept Carmichael’s check.

With that segue, Carmichael and Chobani president Peter McGuinness sat down with Klineman to discuss the value and risks of corporate social missions and why taking a controversial stance can be a benefit to your brand.

“If you’re trying to do lowest common denominator and safest and market to the middle, then you’re nothing to anybody,” McGuinness said. “The more you stand for something, the more polarizing you are, you rally your base and your base loves you more and consumes you more. So this whole notion of playing it safe is really pathetic in this day and age.”

But risk taking doesn’t just apply to social missions. Carmichael and McGuinness also spoke about the need for brands to innovate and how “fear” helps fuels that pipeline. In particular, the duo discussed the rise of plant-based milks and oat milk in particular, which Carmichael said is now requested by 65 to 70% of La Colombe cafe customers.

According to Carmichael, fear helps create forward-thinking, cutting edge new innovations, while its absence results in “me too” products.

Next, Continental Grain & Arlon Investments operating partner Tyler Ricks delivered his rules for creating value with investors. His advised entrepreneurs of pitfalls to avoid, noting they should be wary of copying other companies’ business models if they don’t make sense and of entering partnerships with private equity firms with over-aggressive timelines for hitting certain goals. Instead, they should “keep it simple” and try to stick to a limited number of tightly plotted routes to value creation and to qualify the components of that creation.

As Ricks encouraged brands to evolve their value creation models, natural channel distributor KeHE followed by discussing the company’s own evolution into a “next generation distributor.” Katie Paul, VP of category management & growth solutions, and Alex Marx, director of growth solutions, shared how KeHE is embracing blurred categories, using new technology, and reaching out to the industry through annual events and showcases.

The pair also recommended brands be able to act fast and adapt to changes in the market. As channels distinctions and category differentiations continue to blur, it’s vital for companies to learn to fail fast and get back up.

“Being agile, failing fast, taking the risks and pivoting by learning from those mistakes and opportunities — that continuous evolution is what’s going to keep you relevant in the marketplace,” Paul said. 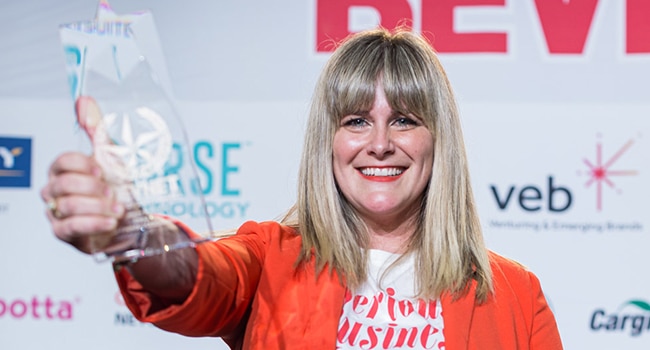 Next, Brew Dr. Kombucha founder and CEO Matt Thomas told the audience exactly how he managed to be agile, fail fast, take risks and pivot by discussing his brand journey from a small startup tea house chain to a $50 million nationally distributed beverage brand. Thomas discussed raising $45 in 2006 to open his first Townshend’s Tea location, scaling the company’s kombucha business through debt-financing, and even putting his own home on the line for a bank loan to keep the business growing.

In 2016, Brew Dr. opened a 50,000 square foot brewery, putting the company on track to 100% growth in 2017, Thomas said. But the move also forced the brand to “level up” its team, making dozens of new hires across all aspects of the business to bring Brew Dr. to the next stage. While the expansion was necessary, Thomas noted it had it was a challenge to ensure the company’s culture did not radically shift.

“As we layered in these individuals with and a lot of times above our legacy employees, that was a real cultural struggle,” Thomas said.

After the winners of BevNET’s Best of 2019 awards were announced, , BevNET founder and CEO John Craven sat down with Person of the Year honoree Daina Trout, the co-founder and CEO of Health-Ade Kombucha. Trout discussed working with her husband and the need to set boundaries to separate the personal from the professional, the importance of creating space for new entrepreneurs to thrive and passing her success forward by offering young business leaders advice.

“I’m a big believer that what you feed grows, no matter what it is,” she said.

BevNET Live Winter 2019 continues tomorrow, December 10, with a full lineup of speakers and discussions, as well as the final round of New Beverage Showdown 18. The entire event will be streaming live on BevNET.com starting at 12:00 p.m. ET/9:00 a.m. PT.