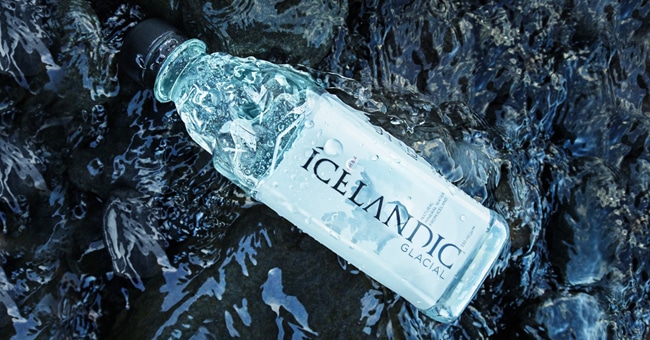 Premium, imported bottled water brand Icelandic Glacial announced today that it has raised $66 million in new financing to fuel U.S. and international growth. The funding includes a $35 million investment from BlackRock’s US Private Credit team, as well as $31 million in new equity issued to new and existing investors.

As part of the investment, BlackRock US Private Credit managing director Dan Worrell has joined Icelandic Glacial’s board of directors.

Speaking to BevNET, Icelandic Glacial co-founder and chairman Jon Olafsson said the financing comes as the company preps for accelerated growth in U.S. retail and on-premise accounts, as well as international expansion in China, Southeast Asia, and the Middle East.

According to Olafsson, the brand’s still bottled water line has 28% retail penetration in the U.S., and only 5% ACV for its sparkling products, which launched last year. So far in 2019, Icelandic Glacial has added about 8,000 new retail stores — including expansions in Walmart, Target, and Kroger — bringing its total footprint to roughly 24,000 stores nationwide.

While both lines have runway to grow, Olafsson said sparkling water now accounts for about 20% of Icelandic Glacial’s total sales. In addition to unflavored sparkling varieties — available in both plastic and glass packaging — the brand has introduced a line of flavored sparkling waters, including elderflower, lemon, and lime varieties. This fall, Icelandic Glacial plans to add blood orange and lemongrass flavors to the line.

Since launching sparkling, Olaffson said Icelandic Glacial has been able to significantly grow its presence in on-premise accounts, particularly by marketing the flavored line as a cocktail mixer.

“We have become a one-stop shop for wholesale and on-premise,” Olafsson said. “[Customers] can get still, sparkling and flavored. We have plastic and we have glass, we can address almost any account and fulfill their needs from a single source.”

Icelandic Glacial CEO Reza Mirza told BevNET that although still water remains “the bulk of the business,” the company is focused on increasing its presence as a premium brand in the fast-growing sparkling water category.

“We won’t be competing with the LaCroixs and all those brands; we will be competing at the premium level in line with the rest of the [Icelandic Glacial] brand,” Mirza said. “We are going to be investing a lot around sparkling in the next couple of months.”

According to Olaffson, the new funding will help the company expand its sales and marketing teams. Next year, he said, the company plans to increase its marketing efforts, including social media, digital, and outdoor campaigns.

“We want to see a hockey stick,” he said, referencing the brand’s growth outlook. “That’s what we need.”