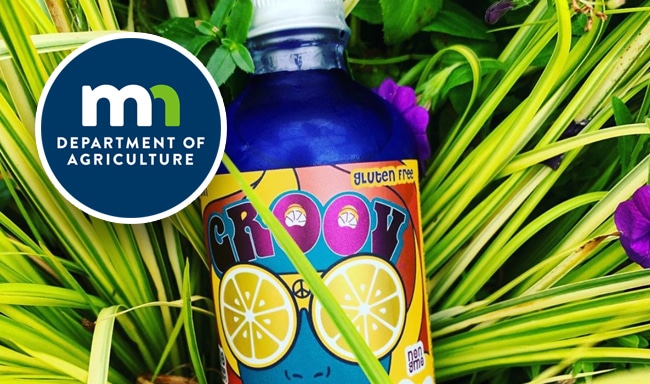 According to McCormick, who also owns coconut water kefir brand Thirty-Two Degrees, he received a call from the MDA on Friday, July 19 requesting an inspection of the inventory warehouse used by both brands. Upon arriving on Monday, July 22, regulators told McCormick he needed to immediately cease all sales of Groov.

On Friday, McCormick said he received a follow-up call from the MDA and was told he could keep his current stock until it reaches its sell-by date this fall. However, unless regulations change before then, McCormick cannot remove the product from his warehouse unless it is designated for destruction or personal consumption. He currently has about 100 cases in stock, he said.

“They seem to be only approaching manufacturers at this point, but are not approaching retailers or distributors,” McCormick told BevNET. “But the MDA did request invoice documents for any customers we’re working with.”

Reached by BevNET, the MDA declined to comment on ongoing investigations, but clarified that it is not licensing manufacturers or retailers for the sale of food or beverage products containing CBD. A spokesman for the department cited a statement made by the FDA in April clarifying that food containing CBD is “unlawful.”

“The MDA responds to complaints related to food products and food handling facilities using a progressive enforcement approach,” an MDA spokesperson told BevNET via email. “However, the MDA has not taken targeted enforcement action on the sale of these products in existing facilities due to limited resources to address the widespread marketing channels.”

Groov launched in May and was available in 38 independent Minnesota co-op stores. The product contains 15 mg of CBD per 8 oz bottle. According to McCormick, the brand saw strong velocities out the gate, selling upwards of 3,000 bottles in its first month with some stores purchasing up to 15 cases per week.

McCormick said he has been in touch with other local Minnesota CBD beverage makers who told him they have received similar notices from the MDA, however other brands could not be reached for comment by BevNET.

McCormick said he was concerned that the MDA current exclusive focus on CBD brands and manufacturers, rather than retailers, may potentially hurt local companies in the space while allowing out-of-state brands to move in and dominate the Minnesota market.

“Out-of-state products are going to flood into Minnesota and they don’t seem to be regulating the retail side,” he said. “So [the MDA is] simply just going around interrupting Minnesota commerce, and we’re going to be behind the ball as much larger, out of state brands that have investment come in.”

McCormick hopes to relaunch Groov out of state and said he has been in contact with co-packers in Colorado and Chicago, but he has not yet established any partnerships or concrete plans to relocate.

“[Moving out of state] was something I had been thinking about, but I hadn’t really pulled the trigger since how things were going in-state were adequate,” he said. “But I definitely want to try to grow the brand. I’m very confident in Groov’s ability to become a premiere CBD product on the shelf…. We’ll possibly have to relocate to make that happen, but nothing’s holding us back from doing that. We just have to act very quickly in this space.”