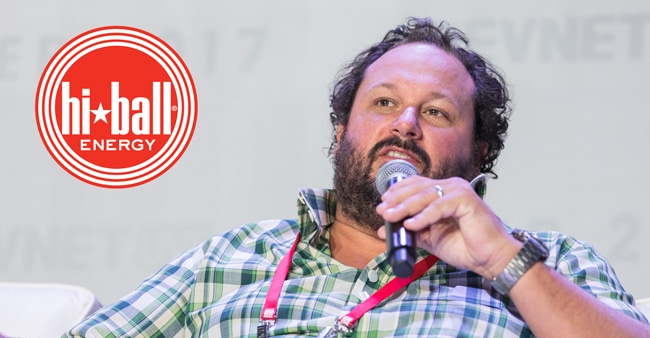 Berardi and his wife Alyssa Warnock co-founded Hiball in 2005 and oversaw the rollout of the Alta Palla sparkling water line in 2016. The brand was acquired in 2017 for an undisclosed sum and at the time signalled a significant move for AB’s growing interest in the non-alcoholic beverage space.

“As the founder, it was a tough decision to leave Hiball after almost 15 years,” Berardi said in a statement sent to BevNET. “I will always love the brand, the product and I hope it continues to thrive in the future. We had an amazing team and it was a great ride building the business to its acquisition in late 2017. I am an entrepreneur at heart, so it was time for me to move on. I’m looking forward to new opportunities and the next chapter of my career in 2020!”

According to his LinkedIn page, Berardi currently lists himself as a self-employed entrepreneur and investor.

Speaking with BevNET, Hauser said the company plans to focus on expanding its retail footprint beyond the Rocky Mountain region. Over the past year, she said, Rowdy Mermaid has grown in the Southwest and South Pacific regions and has performed well in the natural and specialty channels, but has a large runway with an all-commodity volume (ACV) of 18.

“I’ve worked for very early stage revenue brands and I’ve also worked with billion dollar brands in the Coca-Cola portfolio and the Pepsi portfolio,” Hauser told BevNET. “So I come in with this really unique mix of understanding about how to scale a brand and how you can really leverage a national DSD program, but at the same time I have this experience working with these startups so I know sometimes you have to throw a case in the back of the car and go deliver it.”

Hauser comes to the six-year-old brand at the end of a transitional year. In February, Rowdy Mermaid raised $3.5 million in a Series A round led by KarpReilly. In July, the company rolled out a packaging revamp, moving from glass bottles to cans, and in October it moved production to a new 29,000 square foot facility. The brand is currently available in more than 1,000 retail stores nationwide and recently added all Fresh Market locations on the East Coast.

According to Hauser, Rowdy Mermaid is currently in discussions with “large, national strategic partners” to continue its expansion in 2020 and is also exploring partnerships with environmental groups to broaden its social mission.

“We want consumers and retailers alike to understand how and why we’re different and make sure they know the brand is supporting consumer and environmental health,” she said. “We’re definitely leaning into some of our company pillars how we can get that message across.”

CBD-infused sparkling water brand Mad Tasty, which was founded by OneRepublic lead singer Ryan Tedder and launched this fall with investment from First Beverage Group, has named Dan Holland as its COO.

“Having had the opportunity to consult and work for the last two years in the hemp and CBD-derived products space, it is exciting to take a leadership role with a brand that I believe has all of the elements necessary to win in this emerging category,” Holland told BevNET in an email. “Ryan Tedder, the founder, has assembled a best-in-class team, including investors First Bev, global marketing powerhouse Interscope, and water-soluble emulsion provider SoRSE, and I am energized and eager to help MAD TASTY achieve national success.” 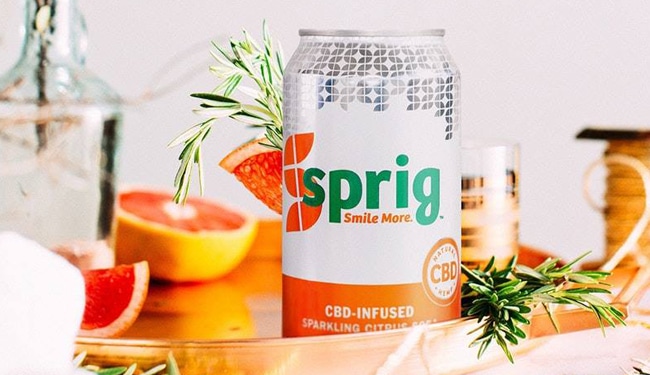 Michael Lewis, the founder of cannabis-infused soda maker Sprig, stepped down from his role as CEO last month, according to LinkedIn. The company, which Lewis founded in 2014, produces both CBD and THC-infused sodas.

Prior to Sprig, Lewis worked as a business analyst and worked with firms including Ghost Group, The Motley Fool and The Market’s Edge.

Sprig had increased its focus on its CBD line this year, expanding into eight states in March bringing its total distribution to over 17 states and 4,000 retail stores.

GT’s Living Foods chief commercial and strategy officer left the kombucha maker last month to take a position as CEO of luxury candy store chain Sugarfina, according to LinkedIn. LaPorta is also a co-investor in the company.

Cold-pressed lemon water maker The Lemon Perfect Company has named Dustin Canner as VP of sales, according to LinkedIn. Canner, who joined the company in October, most recently served as director of sales at Brad’s Raw Foods and has previously held sales positions at Little Duck Organics, Health Warrior, Snack Factory, and Glaceau.

Lemon Perfect has also hired Neha Soi to serve as VP of operations. Soi comes to Lemon Perfect after a brief time at L’Oreal as senior manager of strategic sourcing. She has previously led supply chain operations at Taco Bell and held positions with Starbucks, Coyote Logistics, Northrop Grumman, and Costco.

Sparkling juice maker The Apple Rush Company announced today that it has added goPuff director of alcohol Randy Ornstein to its advisory board. Ornstein previously served as the VP of Anheuser-Busch InBev’s Beyond Beer unit.

“Having Randy join [Apple Rush] will help us create a strategic plan for the national rollout of our flagship brand, Apple Rush 100% All Natural Sparkling Juice,” CEO Tony Torgerud said in a press release. “He has decades of knowledge in the CPG industry, and his experience will help guide us in market acquisition and data analysis. Randy also brings a large rolodex of top executives at big box retailers, as well as large distributors that will assist us in our mission to become a successful national brand.”