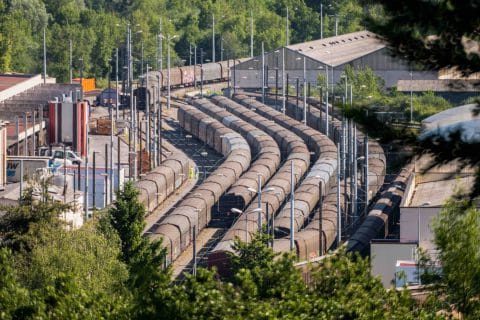 EVIAN-LES-BAINS, France— Today, evian is announcing global certification for becoming carbon neutral. After announcing the ambition in 2015 at the United Nations Climate Change Conference (COP 21) in Paris, evian previously achieved carbon neutrality in the U.S., Canada, Germany, Switzerland and its bottling site. Today marks a key milestone for the brand as it receives carbon neutral certification, across all the countries where the brand has a presence.

evian has not achieved this overnight. The global certification follows years of ambitious reductions made at every stage of the product life cycle from conception to production to recycling.

Shweta Harit, evian global brand VP, said: “Today’s announcement comes at a moment when we are seeing, in real time, what can happen when we reduce our impact on the planet. Emissions are lower and pollution levels have dropped.

“Lessening our environmental footprint is at the core of everything we do at evian, and that is why today’s announcement is so important for us. The current health crisis provides us all with a renewed impetus to do more and create long-lasting change, and it has been heartening to see the world come together.

“This is just one milestone for us. Even with the challenges that this crisis imposes on our business, we look forward to announcing new initiatives later this year so that we can further drive down our carbon footprint and preserve the world’s ecosystem. We believe that climate change is a real threat both today and for future generations, so we must all act now.”

The certification to the internationally recognized carbon neutral standard PAS 2060 has been issued by the Carbon Trust. It has been achieved through carbon emissions reductions in three key areas:

In addition to the above efforts, the brand has also partnered with the Livelihoods Carbon Fund. Through this partnership, evian helps to preserve and restore natural ecosystems and improve the lives of local communities – notably through the plantation of 13 million trees which act to offset evian’s remaining carbon emissions in order to achieve carbon neutrality.

While evian will maintain investment in carbon credit generation, its commitment to carbon neutrality is centrally underpinned with a priority to invest in continued carbon reductions.

Hugh Jones, Managing Director, Advisory, at the Carbon Trust said: “The Carbon Trust is pleased to have worked with evian on its achievement of carbon neutrality, recognizing its progress in low carbon design, production and distribution. We wish evian well in pursuing its future sustainability ambitions, including a circular approach by 2025.”

evian’s carbon neutral certification is a significant marker of the brand’s bold sustainability ambitions. As announced in 2018, it also aims to become a circular brand* by 2025. In practice, this bold ambition means all bottles* will be made from recycled plastic and then recycled again.

For more information on evian and the planet, please visit: https://www.evian.com/en_us/sustainable-bottled-water/

evian has been certified carbon neutral to the internationally-recognised standard PAS 2060 by the Carbon Trust, a global climate change and sustainability consultancy with almost two decades of experience in the sustainability sector. Achievement of this standard reflects the commitment and measures taken by evian to reduce direct carbon emissions arising from its own operations (Scope 1 and 2), indirect emissions from the value chain, and where residual emissions exist evian has compensated for these through good quality offsets achieved through its partnership with the Livelihoods Carbon Fund.

From now on, evian must be recertified every year to maintain its carbon neutral status. This requiresthe development and implementation of a yearly carbon reduction and management plan. Each year the certification process becomes more challenging as evian must begin to rely less on the compensation (the investment in funds which generate carbon credits) and more on a low carbon business model. The carbon emission reduction figures are based on the global life cycle assessment of the product.

evian is supporting the response to Covid-19 with a financial donation to the Red Cross to support urgent needs and supplies. In its efforts to assist healthcare workers, the donation will specifically help those on the front line. In France, evian produced 120,000 plastic bottles to help the distribution of hand sanitizer in French pharmacies – which faced nationwide shortages. The shortage arose in part due to a lack of containers, which impeded distribution. The brand is also donating tens of thousands of evian bottles of water to public hospitals and clinics in Ile-de-France. In the USA, evian donated more than 195,000 bottles of water to hospital workers in New York City and to City Harvest (@cityharvestnyc) to help the New York community, which has been hit particularly hard, during these challenging times.

evian is part of the #WeActForWaters movement

Through #WeActForWaters Danone Waters brands are:

1.Halving the amount of virgin plastic used by their water brands, reaching 50% recycled PET (rPET) use worldwide and 100% across Europe in 2025;

3.Matching every liter of water sold with a liter for people in need, by creating a fund to help 50M people in developing countries access safe drinking water by 2030;

4.Enhancing watershed and wetlands preservation around the world;

5.Expecting the collective of its water brands to achieve B Corp certification worldwide by 2022.