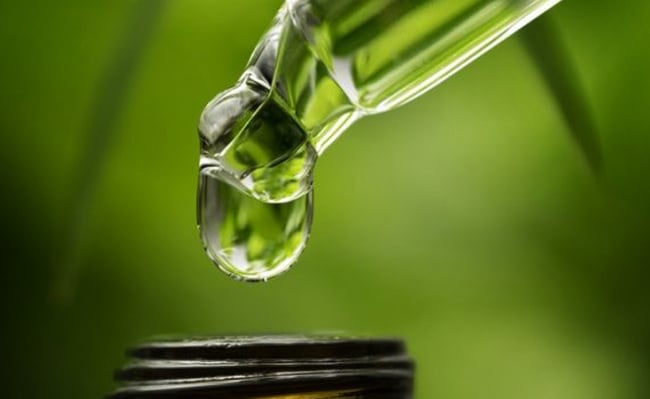 The future of CBD-infused food and beverage in Southern California looks bright. But it’s not here quite yet.

In the cannabis-friendly Golden State, the new year has brought fresh hope that the state’s position on products that contain industrial hemp will soon be clarified. If it is passed and signed into law by Gov. Gavin Newsom, as is widely expected to happen within weeks, California Assembly Bill 228 will declare that foods, beverages and cosmetics made with industrial hemp should not be considered as adulterated, as well as introduce safety and licensing requirements for manufacturers. The bill is expected to provide the foundation for the development of a safe and regulated CBD product market that will allow cultivators, processors, brands and vendors in the world’s fourth largest economy to unlock a product market expected to reach $23 billion in the U.S. by 2023, according to the Brightfield Group.

Until that occurs, however, brands and retailers in Southern California still face an uncertain existence from day to day. Any store that carries products labeled as having CBD remains a potential target for local health inspectors; underscoring that reality, in recent weeks, according to several sources, certain locations of several influential specialty grocers in Los Angeles — including Erehwon, Bristol Farms and Lazy Acres — have removed CBD-infused foods, drink and cosmetics from store shelves.

Representatives for Erehwon, Bristol Farms and Lazy Acres did not respond to a request for comment on this story. The former is an independent company with five locations in the Los Angeles area, while Bristol Farms and Lazy Acres are both divisions of Good Food Holdings, a subsidiary of South Korean retailer Emart. As of this morning, CBD-infused beverages from VYBES and Honeydrop were still available for purchase at Erehwon via online shopping service Instacart. Bristol Farms did not list CBD products as available for purchase on its website.

The current situation in California exemplifies the conflict between federal guidelines, which prohibit the use of CBD in foods, and individual states that have legalized cannabis products in some form. In an FAQ issued last July, the California Department of Public Health stated that CBD sourced from industrial hemp is not considered a cannabis product and therefore not approved as a food additive. That position, notably, aligned with the FDA’s, but in July, the Los Angeles County Department of Public Health (LACDPH) declared CBD-infused foods to be “adulterated” under the Sherman Food, Drug & Cosmetic Law, a state ordinance. Food operators that violate the law will receive a two-point deduction on official inspection reports, according to the LACDPH.

Yet, based on conversations with multiple brands and distributors in the Los Angeles area, oversight and enforcement has been sporadic and inconsistent. Richard Medina, co-founder of LA Distributing Company, said that the frequency of inspections has varied from month to month, while different areas of Los Angeles County have experienced different levels of enforcement. The resulting atmosphere has made projecting volume and growing turns more challenging.

“There are times when the public health department will come out in waves and then they’ll disappear for a few weeks. From what we’ve noticed, when they disappear, retailers are more willing to take it back,” he said. “Then they wait for them to show up again and they pull it off.”

In some cases, that cycle may have finally proved too disruptive. Jonathan Eppers, whose brand VYBES was pulled from shelves at Erewhon’s Beverly location, said he believes that the threat of losing points and receiving negative feedback on an inspection report motivated the retailer to suspend selling CBD products. After the decision, Eppers said he had to pick up 24 cases of product from Erehwon that could not be resold.

“It’s a constant game of Whack-A-Mole,” he said. “It’s very frustrating for us because our sales team works hard to get placement in stores and tells them they can sell the product legally, then the health department comes in and says they can’t sell but there is no urgency to pull product from the store. For us, we want to give retailers guidance on what they can or can’t do.”

Benjamin Witte, founder and CEO of Recess, agreed that local enforcement has been “pretty sporadic” but said he has not seen a significant increase in activity in recent weeks. He noted that Recess, which is labeled as containing “hemp extract” rather than CBD, is still on shelf at Erehwon. Though the two terms are frequently interchanged on product labels, they can be interpreted differently by regulators. For example, FDA guidance specifically notes that CBD, one of over 100 cannabinoids found in cannabis, cannot be added to dietary supplements because it has been previously authorized for investigation as a new drug. However, it does not contain language specifically prohibiting hemp extract.

“One of the most depressing things to me is that we can’t have another issue with as much bipartisan support as hemp, but yet we still can’t get [legislation] done,” Witte said. “Where CBD was last January versus this January is completely different. The frustration from every point in the supply chain is growing.”

Medina said that inspectors, who have not issued fines, may be leveraging a point deduction or even the loss of alcohol license as a way to “instill fear” in retailers. But the increased scrutiny is also shaping the market in unexpected ways. According to Medina, products that include “CBD” on their labels have seen an increase in turns, making them attractive to independents willing to take the risk to attract more consumers. Yet interest in products labeled as containing “hemp,” “hemp extract” or even “hemp seed oil,” which is not a cannabinoid, has also increased, he said.

In the larger context, uneven local enforcement exemplifies how the public’s changing attitude towards CBD has outpaced regulations. According to a Harris Poll, 86% of U.S. adults have heard of CBD, and a 2018 survey of 2,400 CBD consumers found that 62% of respondents used it to treat specific medical problems, including chronic pain, anxiety, depression and insomnia. Despite its position that they are adulterated, no CBD products have been embargoed by local authorities. Adding further irony to the situation, adults in California can still legally purchase cannabis-derived CBD products at state licensed recreational marijuana dispensaries.

“It puts us in a very uncomfortable position because everyone that we are dealing with, including us, is not trying to do anything illegal,” said Medina. “We are trying to provide trend-forward, healthy options to consumers and the disconnect between the state, the county and public health has made that difficult.”

All hopes now rest on Assembly Bill 228. Despite broad optimism that its passage is imminent, the bill, introduced in January 2019, was similarly touted as a viable solution before it stalled in committee last August. In a statement following the Senate Appropriation Committee’s decision to hold the bill in Suspense, its sponsor, Assemblymember Cecilia Aguiar-Curry, said that state and local enforcement actions have “severely limited Californian’s access to hemp-CBD products that many consumers believe have substantial wellness benefits” and have put the state’s agricultural industry at a disadvantage relative to the national market.

“This position by the California Department of Public Health has put our state in an Alice-in-Wonderland world, where adult consumers can walk into a licensed marijuana dispensary and purchase all manner of recreational cannabis products, but they cannot legally purchase non-psychoactive hemp products that they believe can bring them calm or reduce their pain,” she said.

Frustration with the pace of change in California has galvanized emerging industry leaders in the CBD space to act. Eppers, Witte and Joey Cannata, president of Daytrip, have aligned their brands to advocate for the passage of Assembly Bill 228 in discussions with state lawmakers, including Gov. Newsom. Medina said he has also had discussions with public health department heads.

Despite the setback, Eppers is confident that the bill will pass in February. At BevNET Live Winter 2019 in December, Eppers announced that he, along with fellow CBD beverage entrepreneurs Benjamin Witte, founder/CEO of Recess, and Joey Cannata, president of Daytrip, were collectively in contact with California regulators to support passage of Assembly Bill 228. He said that the group was recently copied on an email from Gov. Newsom in which he said the issue was, in Eppers’ words, a “top priority.”

Outside of California, some states have already taken steps to help open the CBD market. At the beginning of this month, Florida enacted new rules empowering the state’s Department of Agriculture and Consumer Services to regulate hemp production and product sales, including conducting safety oversight and site inspections. The law goes further in clarifying that “products containing CBD, other cannabinoids, or any part of the Hemp plant are considered ‘Hemp Extract.’” Retailers will be charged an annual fee of $650 to sell CBD products in their stores. Meanwhile, in December, New Jersey, Ohio and Louisiana became the first states to receive U.S. Department of Agriculture (USDA) approval for their respective hemp cultivation programs.

There’s also appetite for change on Capitol Hill, where lawmakers from both parties have voiced their support for legal CBD. This week, House Agriculture Committee Chairman Collin Peterson introduced a bill that would give the FDA a pathway towards allowing CBD to be marketed as an ingredient in dietary supplements, according to a press release. The bill would also require a USDA-led study into “regulatory and market barriers” for hemp farmers.

But in California, at least for now, there’s little for retailers, distributors and brands to do but wait and prepare for the expected outcome, as the law will go into effect immediately after it is signed. In anticipation, Eppers said this month VYBES will begin adding QR codes to product labels that link to certification for safety and potency, a state requirement for all CBD-infused products under the proposed law.

“The brands that have been able to weather the storm are going to control the market” after the law is passed, said Medina. “There’s still yet to be a clear winner in this space, but as we know, there’s a need for a ‘Big Three.’ As we’ve seen with Coke, Pepsi and KDP, I think we can expect the same type of situation with three brands controlling the majority of the market in LA.”