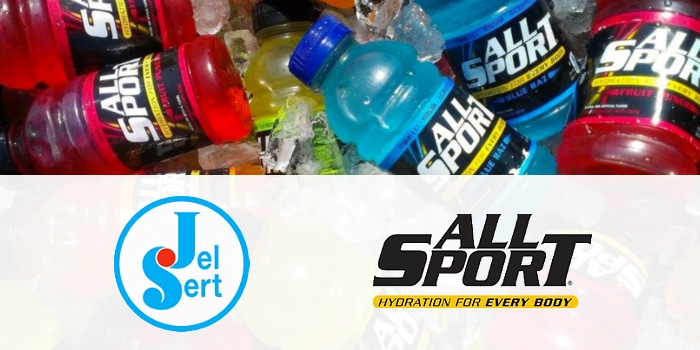 Speaking with BevNET, Jel Sert president Ken Wegner said the company had been producing All Sport for KDP for several years prior to its acquisition of the brand last month. KDP was looking to divest the brand — which it picked up in 2018 as part of its acquisition of Big Red, Inc. — and that the manufacturing contract made Jel Sert a strong potential buyer.

All Sport was launched by PepsiCo in 1993 as a competitor to Coca-Cola’s Powerade and Gatorade, which at the time was a separate entity owned by Quaker Oats. After PepsiCo’s 2001 acquisition of Quaker, All Sport was sold to The Monarch Beverage Company before being acquired by Big Red in 2007.

Today, Wegner said, the brand is still available as an RTD product in select regions but is primarily marketed as a hydration powder and freezer pop to industrial accounts such as steel mills and automobile factories where workers sustain prolonged exposure to extreme heat. The brand is mostly sold through industrial equipment distributors as a safety item, he noted.

“It has fit nicely into our portfolio of products and it has now brought us into a trade channel where we really have never participated,” Wegner said. “This is an exciting opportunity for us to capture sales right out of the gate in a new trade channel and now we can innovate within this space as well. We have a lot of ideas — just concepts right now — of new items to take into this industrial space.”

Wegner added that Jel Sert may also look to reinvigorate All Sport’s presence in mainstream channels but will likely focus on the powder and freezer pop lines. However, he said the company is currently exploring opportunities to manufacture All Sport’s ready-to-drink line through co-packing partnerships or by licensing the brand to another company.

As part of the deal, All Sport senior vice president and general manager Jack Pok has also joined Jel Sert and will continue to manage the brand, Wegner said.

KDP did not respond to a request for comment on this story. 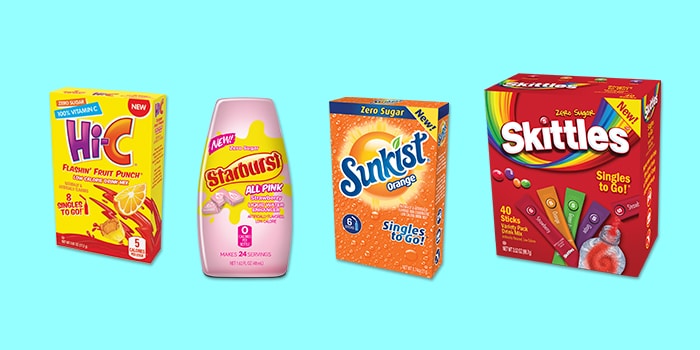 The acquisition comes as Jel Sert initiates a nationwide rollout of new innovations in 2020, including several lines of licensed powder and liquid drink mixes featuring brands such as Starburst, Skittles, Hi-C and Sunkist Soda, as well as its own brands Wyler’s and Pure Kick.

According to Wegner, the new products contain zero sugar and are sweetened with aspartame. The mixes, he added, are expected to be a “strong growth driver” throughout the year and the company will focus on digital marketing and in-store display programs. Jel Sert currently distributes its powdered drink products to more than 70,000 retail stores nationwide — primarily in the mass, grocery, drug and dollar store channels.

In addition to licensed products, Jel Sert is also aiming to target adult consumers through new functionalities — including an alcoholic freezer pop line which is expected to roll out this spring — and by preparing to enter the emerging market for CBD.Wegner said Jel Sert is ready to launch CBD-infused powdered and liquid beverages, freezer pops, confections and tinctures “at any time,” but is currently waiting for the U.S. Food and Drug Administration (FDA) to issue guidelines on the cannabinoid. The company, he said, has already developed its own brand for CBD products and will also provide contract manufacturing and private label services.

“We think CBD offers a huge opportunity out there for a functional ingredient, with a lot of health benefits to it that are just being revealed,” Wegner said. “But none of this can happen until the FDA releases the guidelines of how these products can be made and dosed and packaged. We are going as far as we can to be prepared for CBD, but we won’t go any further until the FDA releases all the guidelines.”