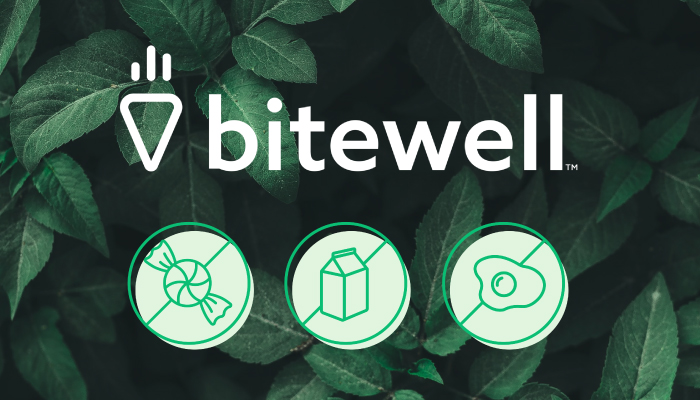 The new dietitian-curated CPG marketplace, which launched last month, offers a platform for emerging food and beverage brands while providing consumers with a weekly menu of better-for-you products offered at lower prices.

After spending the last eight years of his career developing new beverage brands, including both Koia and Limitless as co-founder, Chris Fanucchi said he saw firsthand how difficult it can be for small brands to gain awareness amongst the many big players on the shelf. From a consumer perspective, he’s also experienced the struggle of finding options catered to particular diets or health issues.

While Fanucchi began developing the idea of a wellness-focused marketplace nearly a year ago, he said Bitewell has new relevance in the era of COVID-19, especially for brands who don’t have large marketing and ecommerce budgets.

“When COVID took off, I thought ‘These guys could really use some help getting more awareness around their brand on ecommerce,’” Fanucchi said. “Especially now that Kraft, Kellogg, Coke and Pepsi are dumping even more dollars into digital advertising, and their cost per customer acquisition has gone through the roof.”

Bitewell aims to distinguish itself from other health and wellness ecommerce platforms such as Thrive Market through its curation process, led by a team of dietitians. With a criteria for vetting brands that is similar to Whole Foods’ banned ingredients list, the goal for the platform’s brand selection is to highlight innovation in food and beverage and “stay in line with what’s actually good for people both from a holistic wellness perspective, and from a diet and nutrition perspective,” according to Fanucchi. Once on the platform, products are identified with icons representing several nutritional attributes, such as dairy-free, diabetic-friendly and top-8 allergen free. Consumers can also connect directly with Bitewell’s network of dietitians through its referral system.

While many retailers and ecommerce marketplaces and retailers have worked to build out offerings for the health and wellness community, Fanucchi said Bitewell has found “a way to get it done much faster.”

“At one point, you’ve trusted the Whole Foods buyers and you still can, but many of them aren’t certified in nutrition,” Fanucchi said. “Why aren’t the buyers for grocery stores certified in food?” 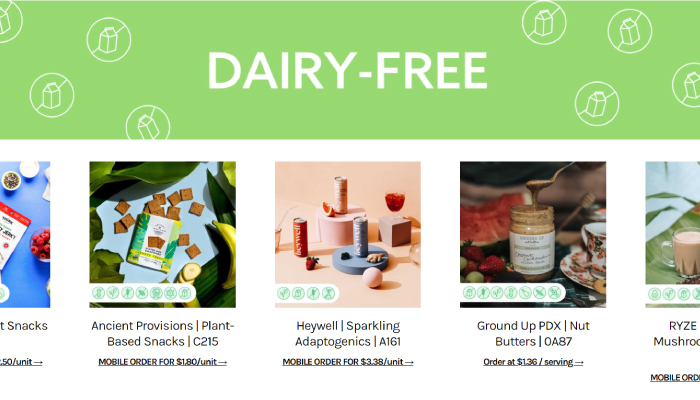 Bitewell’s pricing structure is focused on bulk purchasing, offering “Costco-like pricing” that is 10% lower than on brands’ direct-to-consumer platforms. Customers can order products on Bitewell’s online store order through text messaging. The platform sends consumers a dietitian-curated menu via text once a week, and consumers can order products by replying with a four-digit code. Bitewell also conducts promotions this way, sending offers for free products exclusively via text. For example, vegan protein company Aloha recently partnered with Bitewell to offer its customers free 12-packs of its protein drinks.

Bitewell currently has about 160 brands on the platform, including Hellowater, RISE Brewing Co., Siren Snacks, MUSH, Daytrip, Pan’s Mushroom Jerky and Kitu Life Super Coffee. The platform only features “emerging brands,” which means they must have “very limited regional or national distribution” and not be “majority owned by a private equity, venture capital or publicly traded CPG business.” While Fanucchi said he’s connected with entrepreneurs he knows in the food and beverage space to onboard brands, those looking to join the platform can do so via an application process.

“We can support the small business ecosystem because I know how difficult it is to get that awareness of your new business,” Fanucchi said. “There’s so much new innovation happening in food and beverage that nobody has eyesight on. We all know that everyone’s trying to work on problem solving, but it’s really hard to find all of those solutions in one place because the grocery stores only have so many shelves.”

In early September, Bitewell will roll out Biteboxes, dietitian and influencer-curated boxes for different diets (keto, paleo, gluten-free) and activities (baking, road trip). Fanucchi said these boxes may help encourage trial by offering a selection of small-format products to sample. While Bitewell operates as a drop shipping operation for now, it has a warehouse in Chicagoland which will facilitate its picking and packing operations for the Biteboxes. Bitewell aims to expand this operation nationwide to allow for two-day shipping of its products, and a percentage of the brands in the marketplace will also be able to use the warehouse and utilize the two-day shipping operations as well.

While the early stage of Bitewell’s development was self-funded, last month Bitewell closed a pre-seed funding round with investors including Antler, a venture capital firm focused on emerging technology. Fanucchi said this capital will be used to “build a market that can support these small businesses” as it expands beyond just the current Bitewell marketplace.

“We’re not necessarily just going to be a marketplace,” he said. “We’re going to be a place that helps make healthy decisions really easy and we’re building a product roadmap for that mission.”