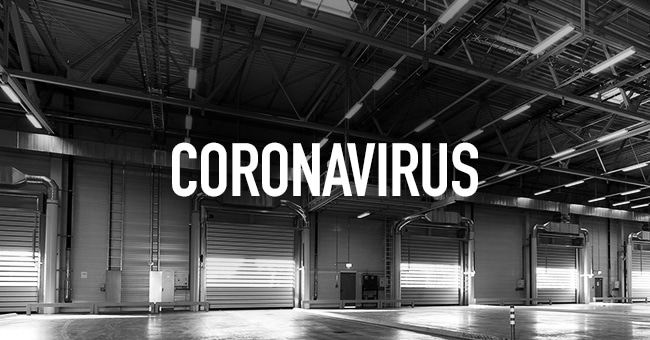 As the effects of the global COVID-19 pandemic continue to ripple across all facets of economic and social life, even the most reliable of blue-chip beverage corporations are having to adapt to new realities.

Along with multinationals like Danone and Nestle, The Coca-Cola Company, PepsiCo, and Keurig Dr Pepper (KDP) are among the primary drivers of the U.S. beverage market and a consumer packaged goods (CPG) industry that supports 1.2 million infrastructure jobs, according to the Consumer Brands Association.

In a lengthy letter posted to Coca-Cola’s website, CEO James Quincey outlined the company’s response to the outbreak, much of which has been similar to that of other large multinationals, including encouraging remote work, heightening sanitization and cleaning standards, issuing updated travel guidance and temporarily suspending gatherings. Coca-Cola has ordered the majority of its employees in its Atlanta headquarters to work from home through April 13. The company also requested that Atlanta Mayor Keisha Lance Bottoms postpone the annual “State of the City,” an event it sponsors.

Operationally, Quincey said Coca-Cola will incorporate best-practices — such as staggered shifts for production and alternating remote work days — taken from facilities that have experienced virus-related closures in China, South Korea, Japan and Italy. The company has also worked to implement social distancing with its delivery drivers.

But there are medium-term issues as well for Coke: the rapidly shifting response to COVID-19 threatens to create crucial gaps in its supply chain. In its annual report, filed in February, the company noted that its supply of non-sugar sweeteners used in its diet and zero-sugar drinks — including aspartame, sucralose, saccharin, sterol glycosides and others — may be stretched depending on how long its Chinese manufacturing partners are affected by the crisis. The company did not elaborate on which specific ingredients could potentially be in question.

Independent bottlers within Coke’s network have continued to operate as the outbreak has spread in North America. Coke Canada Bottling temporarily suspended production last Wednesday after a clerical worker tested positive for COVID-19.

Meanwhile, PepsiCo is one of several names announced as participants in a new U.S. Department of Agriculture (USDA) program to deliver close to 1 million meals a week to students in rural areas affected by school closures. The company is working with the Baylor Collaborative on Hunger and Poverty and McLane Global to begin distributing boxed meals next week, with Pepsi providing $1 million in funding to support the program as it increases capacity nationwide. Each box will contain five days worth of shelf-stable, individually packaged foods that meet the requirements of the USADA’s Summer Food Service Program (SDSP).

There has been less concern from Keurig Dr Pepper (KDP). In an earnings call on February 27, CEO Bob Gamgort told a reporter the company did not anticipate events in China would cause any disruption in its supply chain. “The first thing that we did was geo-diversified our supply chain for our brewers outside of China,” he said.

PepsiCo and KDP did not respond to a request for comment.

As have many other CPG companies, the three major strategics have all seen their respective share prices tumble as the crisis has spread. As of Wednesday afternoon, Coca-Cola shares were down 5.47 (-11.59%), PepsiCo down 12.30 (-9.63%) and KDP down 0.74 (-3.67%). Other publicly traded beverage companies, including New Age Beverages and National Beverage Corp., have also seen losses.

On-premise beverage consumption, however, has taken a bigger hit, as local ordinances barring non-essential services have been enacted in some areas and as people practice social distancing. In a letter posted to the company’s website, Dunkin’ Donuts CEO Dave Hoffman announced that all U.S. locations will operate with reduced hours and all seating and tables have been removed from dining areas. He also encouraged guests to use ordering options such as drive-thru, mobile (including curbside pickup) and delivery through third-party providers. Starbucks announced similar measures in shifting all its 15,149 cafes in North America to a takeout-only model.

Other national chains, including La Colombe, have taken the more dramatic step of temporarily shutting all stores while continuing to pay and provide benefits to employees. Yet with no treatment or cure for COVID-19, and with many localities non-committal about when commercial restrictions will be lifted, the pain could last longer.

In a statement on its website, the American Beverage Association (ABA) stated: “We are following the guidance of federal health agencies, including the Centers for Disease Control and Prevention (CDC) and Food and Drug Administration (FDA), as it relates to the production and delivery of our products as well as the safety and well-being of our employees, consumers and customers.”

ABA president Katherine Lugar also sent a letter to President Trump earlier today asking for the federal government to take specific action to support food and beverage manufacturers and suppliers operating during the crisis. The list included designating food and beverage as an “essential service,” a temporary waiver of truck weight restrictions and clarifying hours of service regulations for commercial vehicles providing assistance to emergency assistance.

“With the regulatory actions identified here, the federal government can help our industry make sure that food, beverages and common grocery items are getting to our communities as timely and efficiently as possible,” Lugar wrote.

According to the U.S. Center for Disease Control, there have been no confirmed instances of coronavirus transmission through food. Because the virus is believed to be spread mainly person-to-person through respiratory droplets rather than touching surfaces, there is “likely very low risk of spread from food products or packaging that are shipped over a period of days or weeks at ambient, refrigerated, or frozen temperatures.”

While public health priorities take hold in the short-term, supply chain challenges will likely be the next challenge up for major companies. According to a survey by ISM conducted between Feb. 22 and March 5, nearly 75% of U.S. companies have experienced supply chain disruptions related to the crisis.

Underlining the importance of maintaining healthy supply chains, The Consumer Brands Association, which represents companies ranging from Coca-Cola to Conagra, earlier this month announced its support for the newly created Congressional Supply Chain Caucus in the U.S. House of Representatives.

According to a survey conducted by the group on March 11, respondents noted they were stocking up on bottled water (54%) and canned/bottled drinks (43%). The Consumer Brands Association also reported that 63% of Americans said they were concerned about access to food and beverage products, outranking over-the-counter medicines (58%), personal care products (56%) or household cleaning products (54%).