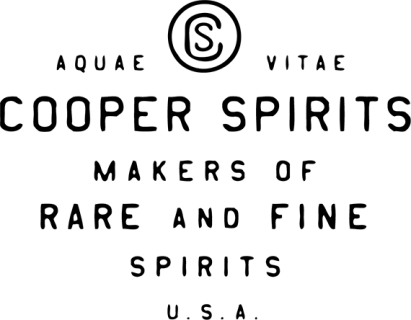 PHILADELPHIA — The Cooper Spirits Company, an independent producer of innovative, integrity-driven spirits, today announced the appointment of Rick Scully to President, and an expanded alignment with Southern Glazer’s Wine & Spirits (SGWS)—the largest North American wine and spirits distribution company. The distribution rights for the Cooper Spirits portfolio will now expand to 20 new states and the District of Columbia.

With over 25 years of experience in the beverage industry, Rick Scully has an immensely diverse background in wine and spirits and is perfectly suited to lead Cooper Spirits as the company continues to evolve, innovate and grow. Previously, Scully worked as President of Peligroso Spirits Company where he had tremendous successes with the company’s tequila-driven portfolio and distribution channels. Prior to his appointment to President at The Cooper Spirits Company, he held the position of Senior Vice President of Sales.

“Rick has been an invaluable asset to The Cooper Spirits Company with his impressive understanding of the industry and dedication to driving the sales of our straight rye whiskey portfolio,” said Katie Cooper, Owner of The Cooper Spirits Company. “We are thrilled to appoint him as President as we look to a future of continued growth and evolution.”

The newly appointed President, Rick Scully said, “I am excited to embark on this new chapter at Cooper Spirits and expand our partnership with SGWS. We are confident that with the power of our sales team, our unique portfolio of straight rye whiskey and Southern Glazer’s vast resources and market expertise, Cooper Spirits brands will be poised for growth for years to come.”

About The Cooper Spirits Co.

Cooper Spirits Co., founded in 2006 by the late Robert J. Cooper, a third-generation distiller, is an independent producer of innovative, integrity-driven spirits. The company was founded with the introduction of St-Germain, an artisanal French liqueur made from fresh elderflower blossoms, heralded as one of the most influential cocktail components of the last decade by the New York Times.

Cooper Spirits produces a portfolio of artisanal products, including: Slow & Low, based on America’s original bottled cocktail, rock and rye, and made with aged straight rye, honey, navel oranges and a dose of rock candy and angostura bitters; Hochstadter’s Vatted Straight Rye Whiskey, the first rye whiskey to use the vatted designation; Hochstadter’s Family Reserve, bottled at cask strength and made from 100 percent farm-grown rye grain aged 16 years in new charred American Oak Barrels; Lock Stock & Barrel, one of the world’s finest expressions of 13 year, 16 year and 18 year straight rye whiskey; and Crème Yvette, a rich berry liqueur handcrafted in France and called for by name in vintage cocktail books dating back to 1890. The Cooper Spirits Co. is based in Philadelphia, PA. For more information, please visit www.cooperspirits.com.

Southern Glazer’s Wine & Spirits is North America’s largest wine and spirits distributor, and the preeminent data insights company for alcoholic beverages. The Company has operations in 44 U.S. states and the District of Columbia, Canada, and the Caribbean, and employs more than 20,000 team members. Southern Glazer’s urges all retail customers and adult consumers to market, sell, serve, and enjoy its products responsibly. For more information visit www.southernglazers.com. Follow us on Twitter and Instagram @sgwinespirits and on Facebook at Facebook.com/SouthernGlazers.