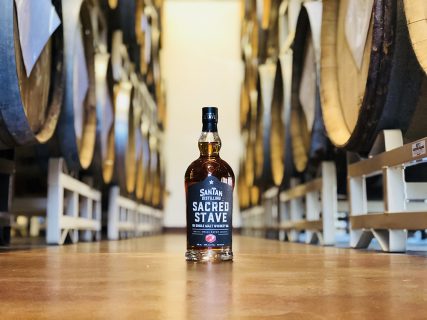 CHANDLER, Ariz. — After three years of research, testing and tasting, SanTan Brewing Company is proud to officially announce SanTan Distilling. The new division, along with our current breweries and pubs, will fly under one flag as ‘SanTan Brewery, Distillery + Eatery’, or in short as ‘SanTan Brewing + Distilling’.

For over ten years, SanTan has been dedicated to embracing our roots as a local brewery in Arizona. Now, SanTan takes its next steps in the evolution of craft beer to spirits. Head Distiller, Brant Gasparek handcrafts small-batch whiskeys and vodkas by utilizing his knowledge in distilling and 25 years of experience as a chef in some of the finest restaurants in Arizona and Washington.

“Brant’s culinary background serves him in identifying and isolating the essential flavor components born from the distillation process. He has selected the cuts that have already won six awards,” said Anthony Canecchia, Founder and Brewmaster.

Three small-batch craft spirits, a whiskey and two vodkas, will be the first spirit releases. All of SanTan’s spirits will be distributed by Young’s Market Company throughout the state, while our beers will stay within their current distribution houses.

“We are thrilled to now offer award-winning spirits with our already amazing beer portfolio. With years of solid growth coming from our loyal customers and beer distributors across Arizona, it allows us the opportunity to provide Arizona with premier craft beer, and now craft spirits. Bringing on Young’s Market to distribute our spirits is the perfect addition to help SanTan be Arizona’s go-to craft brewery and distillery,” said Matt Neuman, National Sales Director.

SanTan Distilling spirits will arrive at your neighborhood bars, restaurants, and retail stores by Memorial Day weekend. For more information, visit SanTanBrewing.com and follow us on social media.

SanTan’s handcrafted vodka + kaffir lime vodka go through an 8-10 hour filter process, and the kaffir lime vodka is redistilled through a botanical basket containing organic kaffir lime leaves that give the vodka a true, natural essence of kaffir lime. Both vodkas are then cut with SanTan’s house blend of mineral water to 80 proof for smooth, easy drinking. The vodkas have combined for four medals in 2018 so far, including a “best of category” designation for Kaffir Lime Vodka by the ADI.

Launched in May 2018, SanTan Distilling uses only 100% malted American barley for our award-winning handcrafted whiskey + vodkas. Distilled with the use of our custom-built artisan pot still in small batches, SanTan believes our spirits represent the very best from the American West.