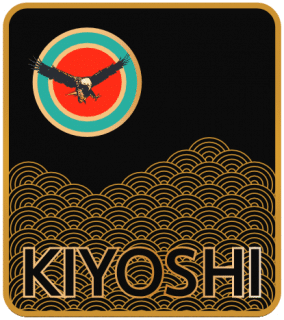 ASHEVILLE, N.C.— On March 8, Ben’s American Sake will release a new premium sake, Kiyoshi, traditional sake classification featuring White Labs yeast 709. This style is a first for Ben’s and only two batches were brewed, making it a very limited release. The release event will include live music, food pairing and sake tasting from 7-10 p.m.

Kiyoshi will be available on draft and in distinctive red 750ml bottles in the tasting room formerly known as Ben’s Penny Mart, adjacent to Ben’s Tune Up at 195 Hilliard Ave. Bottles will also be available at White Labs Kitchen & Tap at 172 S Charlotte St.

Kiyoshi is a Junmai Daiginjo, a traditional sake classification that highlights both the purity and high quality of the ingredients used. Junmai sake is brewed with only four ingredients: rice, water, yeast and koji. Daiginjo refers to the quality of the rice, specifically that it has been milled to at least 50 percent. The higher the milling percentage, the more proteins and fats have been removed, leaving pure starch for the brewing process. Daiginjo style sake is light in color and delicate in flavor and aroma.

During the snowstorm this last December, head brewer Patrick Shearer dug his car out and headed to the brewery to start brewing the first batch of Kiyoshi. He hopes to make an annual offering of premium sake brewed in the coldest part of the year, a nod to traditional brewing practices in Japan.

“Traditional sake brewers live together in the Kura, or brewery, for the brewing season and are able to attend to all facets of the brewing process. It is a very fraternal atmosphere,” said Shearer. “I had the tank space and a couple of friends willing to lend a hand. Snowpocalypse 2018 seemed like the perfect time to start this brewing adventure.”

Shearer, who moved from Portland, Oregon in May of 2018 in order to take the helm at Ben’s American Sake, is interested in experimenting with new flavors as well as traditional styles. Ben’s year-round lineup includes several infused varieties like Pineapple-Jalapeno and Lemon-Ginger, as well as two traditional styles: Junmai Ginjo “American Heavy” and Nigori “Natural”.

Shearer hopes to draw new audiences to what is currently a niche in the craft beverage market.

“Flavored sake is a very American thing and we do it well,” said Shearer. “I hope that flavored sake can serve as a bit of a gateway for folks and lead them to try traditional sake, too. It’s such a versatile beverage, and can be much more than the hot sake some of us have slammed with our sushi.”

About Ben’s American Sake and Ben’s Tune Up

Ben’s Tune Up and Ben’s American Sake are located in a converted auto shop in the South Slope neighborhood of Asheville, North Carolina. Ben’s American Sake is among the first Sake Breweries to open in the United States and has been serving their unique take on the ancient Japanese drink to locals and travelers alike for more than five years. Ben’s Tune Up offers Asian-fusion fare and a full bar (including sake!) Tuesday through Friday 4 p.m. to close and weekends 2 p.m. to close. Next door, the sake tasting room is currently on winter hours, open Tuesday through Friday 11 a.m. to close and weekends 12 p.m. to close. Visit BensTuneUp.com for menus, current sake list, live music schedules and event listings.