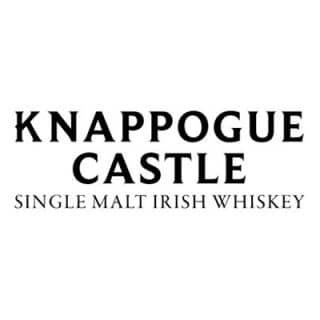 NEW YORK— Knappogue Castle Single Malt Irish Whiskey has announced the launch of the third iteration in their new Cask Finish Series, their classic 12 Year Old Single Malt Irish Whiskey finished in Marchesi di Barolo casks from the village of Barolo in Piedmont, in the heart of the beautiful Langhe Hills. With only 1,200 bottles set for production, the new limited release is expected to hit shelves in the US in August, and will be available in select markets for a suggested retail price of $80.

Knappogue Castle’s Marchesi di Barolo limited release is made exclusively from malted barley, and distilled in copper pot stills, the whiskey is non-chill filtered and bottled at 92 proof. It is matured in bourbon barrels for a minimum of 12 years, then further aged in casks from the Marchesi di Barolo winery, which is located in an area protected by the Alps to the North, West and South. Due to this, it is characterized by an environment of great biodiversity and a climate exceptionally favorable for viticulture. The cool conditions and well-defined seasons in Barolo mean that grapes grown here can bring out particularly fine and intense aromas. The nose of the new whiskey is fruity with aromas of strawberries, cinnamon buns, banana fritters and caramel toffees. On the palate, expect a great mix of spice and fruit characters, red apples, berry fruit and red cherries. Hints of peppery oak lead to a spicy finish.

Speaking of the new addition, Mark Andrews, Chairman of Castle Brands Inc. stated “There couldn’t be a more exciting time to release the latest installment of our Cask Finish series. The Irish whiskey category is continuing to boom thanks to young consumers seeking new and innovative premium products and we look forward to presenting the Barolo cask, a very special whiskey.  Given the tremendous feedback from the first two installments of our Cask Finish Series, we know Knappogue fans and whiskey enthusiasts alike will be very pleased with this release too. We have felt privileged and honored to partner with the Abonna family, whose Barolo wine casks bring a beautiful mix of spice and fruit notes to our award-winning 12 year old whiskey.”

Knappogue, pronounced Nah’pogue, translates to “hill of the kiss” in Gaelic and is named after a beautiful 15th century castle that stands in County Clare, Ireland. The castle was purchased in the 1960s by Mark Edwin Andrews and his wife. He was a pioneer, known for collecting and bottling single malt and pure pot still whiskey at a time when only blended whiskey was popular in Ireland and around the world.

The Marchesi di Barolo estate encompasses approximately 430 acres of vineyards in the Langhe, some of the finest in Piedmont, including the prestigious Cannubi cru. The cellars are located in the village of Barolo, overlooking the Renaissance Castle of the Marchesi Falletti di Barolo. Somewhat modern in their approach, the Barolos from this winery pay tribute to the wine-making heritage of this territory; the wines offer excellent ripeness and harmony. Today, Marchesi di Barolo remains a family business. Since 2006, the estate has been under the direction of fifth-generation winemaker, Ernesto Abbona and his wife Anna, who have inherited a longstanding winemaking tradition and a love of the vineyards and its wines.