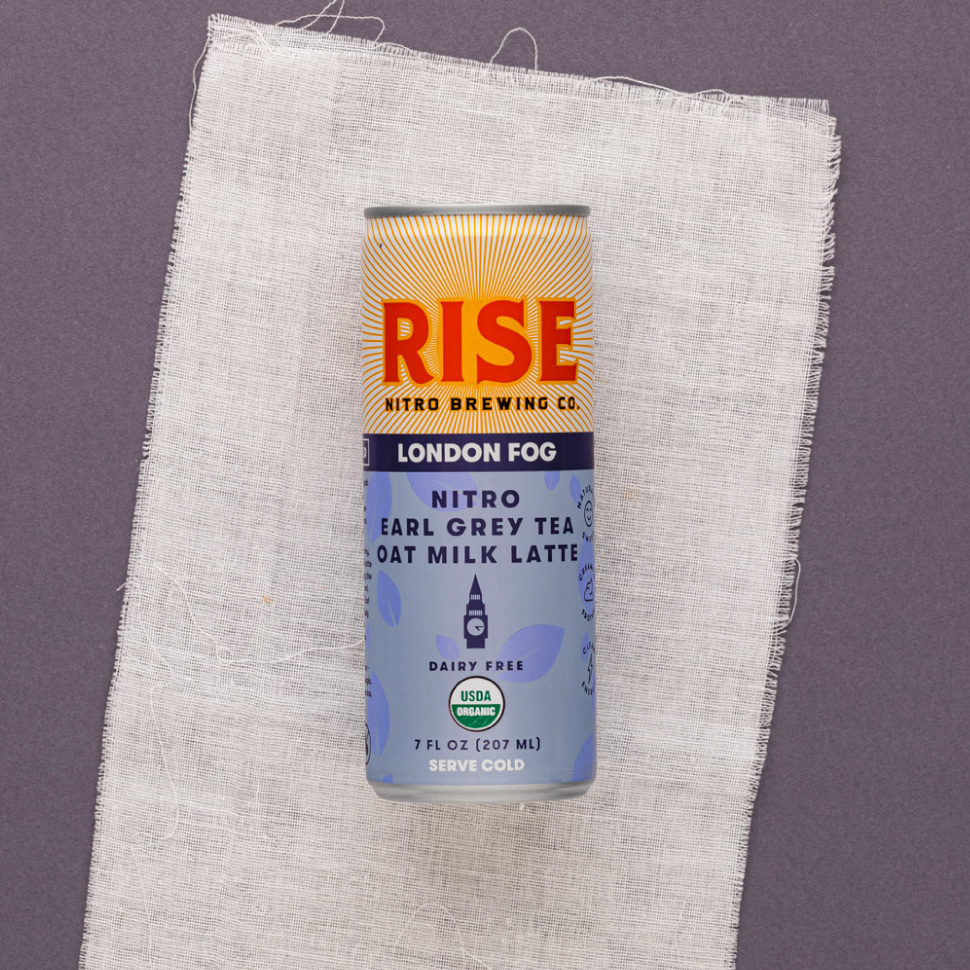 RISE Brewing’s London Fog is an organic, nitrogen-infused oat milk latte that’s made with Earl Grey Tea. This is the company’s first non-coffee offering and adds to its growing selection of oat milk based beverages.

In addition to being USDA Organic, London Fog is vegan and contains 100 calories, 4 grams of fat, 8 grams of sugar (none added), and 25mg of caffeine per 7 ounce can.

As for the liquid, we’ll start by explaining that a “London Fog” is traditionally a blend of earl grey tea, vanilla, frothed milk, and, optionally, honey. In this case, they’ve opted to go with oat milk and a nitrogen-infused formulation in place of frothed milk. The body of the drink features notes of black tea, bergamot (which, when paired with black tea, makes Earl Grey), and oat milk. Finally, there’s a touch of sweetness, which we can only assume is from the oat milk as there’s no added sugar.

The end result is a really easy drinking product that’s quite enjoyable and has a slightly milder flavor profile than RISE’s cold brew coffee SKUs. It’s a very nice showcase for both the brand’s oat milk and for its ability to create nitro-infused beverages with lower caffeine and a modest amount of calories and sugar.

On the packaging side of things, this product follows the same format as the company’s other latte products. This starts with the RISE Nitro Brewing Co. logo atop a sun / sun rays image that takes up the upper third of the front panel. From there, there’s a band across the middle with the flavor name, which is immediately attractive when first looking at the can. Lastly, there's the lower half of the can, which has the full product description, a Big Ben silhouette and the USDA Organic logo.

While this looks good, we do have a few bits of constructive feedback. First and foremost, since this is the only non-coffee SKU, we wish that “tea” stood out just a bit more than it presently does. Second, which impacts the first, this product has the longest name of any of RISE’s nitro lattes. This impacts the readability of the front of the can and also makes it a bit harder to digest exactly what this drink is.

Minor criticism aside, we are definitely impressed with what RISE has created with London Fog. It’s both a great tasting product and proof that RISE has to further expand their nitro offerings beyond just coffee.