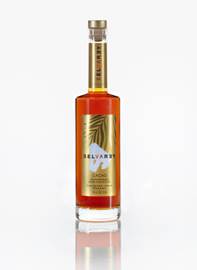 WHAT: Hailing from the jungles of Panama, Selvarey Rum is breaking the mold with its upscale, single-estate white and flavored rums. The independent spirits company is based in Los Angeles and co-founded by brothers Marc and Seth Gold, and Robert Herzig, who are bringing an elegance and refinement to the category with their White and Cacao rums. Now available in California through Southern Wine & Spirits, Selvarey Rum recently won the prestigious Chairman’s Trophy at the 2014 Ultimate Spirits Challenge and has earned unprecedented ratings from The Tasting Panel Magazine, amongst a growing resume of other critical recognition.

Esteemed spirits writer Anthony Dias Blue of The Tasting Panel Magazine gave the Selvarey White an outstanding 94 rating, and the Selvarey Cacao a 95—the highest scores ever awarded by the publication to a white and flavored rum, respectively. Additionally, Robert A. Burr, a world-renowned rum expert, founder of the Miami Rum Renaissance Festival, and judge for the International Rum Expert Panel, noted that both varieties “present outstanding profiles designed to be delightful and accessible.” The Selvarey Cacao not only earned a 93 rating in the flavored rum category at this year’s Ultimate Spirits Challenge, but also won the Chairman’s Trophy—an award that is bestowed on the highest-rated spirit in each category and was given to a flavored rum for the first time.

Utilizing the finest local resources, Selvarey’s exotic, handcrafted rums are distilled in the province of Herrera in copper column stills that date back to 1922, resulting in a full-bodied, complex character. The legendary Master Blender Francisco “Don Pancho” Fernandez, a 35-year veteran of Havana Club rums, the former Cuban Minister of Rum, and a resident of Panama, collaborated with Selvarey to perfect the recipes for both spirits, and is involved throughout the production process, from planting and harvesting the sugar cane to aging and bottling the rum.

The name, which translates loosely from Spanish to “king of the jungle” (Selva-Rey), is a nod to Fernandez carving his distillery and sugar cane fields out of the Panamanian wilderness, with the label’s gorilla signifying jungle regality and the co-founders’ quest to strengthen rum’s image.

Selvarey Rum is the preferred rum of legendary bartenders and ambassadors for the brand, Marcos Tello and Aidan Demarest, and is in the arsenal of other cocktail world luminaries, such as Matthew Biancaniello (Pot Bar, Plan Check Fairfax), Jeremy Lake (Crossroads), Hien Truong (Rose. Rabbit. Lie.), and Damien Windsor (The Roger Room, The Pikey).

NOTES: Year-old rums, is aged in American Oak and carbon-filtered to remove most of the color without losing the deep flavors imbued during the aging process. The three-year-old rum brings a vibrant note of freshly cut sugarcane, which is rounded-off by the full-bodied richness of the mature five-year old. Unlike many white rums, Selvarey has been crafted with the distinct goal of being fine enough to sip on the rocks. The notes of custardy vanilla and citrus also make for a superlative Rum ‘n’ Coke, and combine perfectly with fresh grapefruit juice in a “Reyhound,” or with ginger beer for an elegant take on the Moscow Mule.

Selvarey Cacao (750ml / 35% ABV / $30.00) – In Selvarey Cacao, Fernandez hand-selects a rich five-year-old rum whose inherent character is brought out by the infusion of the finest locally sourced chocolate. The spirit’s recipe took two decades to perfect, and Robert A. Burr describes it as “worth waiting for.” Selvarey Cacao opens with notes of toffee, cardamom, and toasted oak, alongside a charming chocolate aroma on the palate that isn’t overly sweet. Flawless in creative variations of spirit-forward cocktails such as an Old Fashioned or Manhattan, it also serves as the base for a Chocolate Mojito or an upscale coffee cocktail. Most notably, and unlike many other flavored rums, this aged cacao rum can be sipped neat or on the rocks.