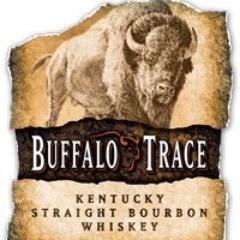 Buffalo Trace did a vertical expansion of its Visitor Center by expanding upward into the second floor where there is more room to grow as needed.

A newly constructed grand staircase made of white oak leads to the beautiful new space, which is complete with four additional tasting bar areas and a new meeting and event space. At the top of the grand staircase, guests are welcomed to the second floor by a huge mural of a landscape of the Distillery. A collection of historic article clippings and photos from the Distillery archives can also be viewed on the wall at the top of the stairs.

Future additions from the Distillery archives are already being planned for the second floor, including the construction of a vault. The vault will be built into the back wall to hold rare, old bottles and display them in a unique, interactive way for guests to view. Display cases featuring old bottles and artifacts will also be installed on the second floor, including one dedicated to the Single Oak Project.

By expanding upward, the first floor now has ample space for Gift Shop merchandise and features a new checkout counter and dedicated spirits space. Additionally, new bathrooms have been installed on both floors.

“We are thrilled to have completed this expansion,” Marketing Services Director Meredith Moody said. “The new space looks beautiful, and having this additional space will allow us to accommodate more guests in our Gift Shop to allow for our rapid growth of tour visitors.”

The Old Taylor House sits on the Distillery property today as not only the oldest structure at the Distillery, but the oldest residential building in Franklin County, Kentucky. Constructed in the late 1700s, with the second floor added in the 1800s, the house was originally built for Commodore Richard Taylor who served as superintendent of navigation on the Kentucky River and who was great-grandfather to Colonel E.H. Taylor Jr.

Since its inception, the two-story house has held many different roles, including being a residence, first aid clinic, and even a laboratory for the Distillery.

After a long life of good use, the house had begun to deteriorate, but has now been fully restored to preserve its rich history.

Evidence of that preserved history can be seen in details throughout the house down to the horsehair that was used as a bonding agent in the original construction of the walls.

The renovated house features beautiful hardwood floors and fresh paint throughout, and is lit by hanging Edison bulbs. The second floor lab displays old beakers and artifacts once used in the house.

“We’re so excited to have been able to restore such a significant piece of our history,” Moody said. “The restoration looks beautiful and we look forward to utilizing this space for many more generations.”

The Distillery intends to incorporate the restored house into some of its existing tours.

A joint grand opening for the Visitor Center and Old Taylor House will be held in early July.