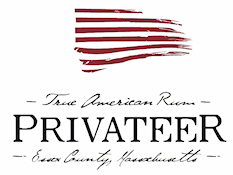 IPSWICH, Mass. (March 23, 2015)—American rum distiller Privateer Rum, today announced the addition of three new staff roles dedicated to sustaining its steady growth. Bob McCoy joins Privateer as Director of On-Premise Sales, Christopher J. DeStefano joins as Director of Tours and Hospitality, and Jay Needleman as Director of Off-Premise Sales, all bolstering an accomplished team of experts including President/Founder Andrew Cabot, Head Distiller Maggie Campbell and Vice President of Sales, Kevin Martin. Rejecting common industry practices, Privateer continues its successful trajectory through its hospitality-first approach to customers, and its dedication to the success of its on- and off-premise partners.

As an industry veteran of Boston’s famed Eastern Standard Kitchen & Drinks, Bob McCoy brings a decade of front-of-house experience to customer and partner satisfaction. Christopher DeStefano joins the team after more than a decade in the food industry, most recently at Ipswich-based bakery/café/wine bar Christopher’s Table, and will focus on tours and events at the distillery. And Jay Needleman brings years of retail experience and wine & spirit store management experience to the team.

“We at Privateer know that the hard work and dedication does not end with making some of the most outstanding rums in the world” said Kevin Martin, VP of Sales, Privateer Rum. “We are just as dedicated to delivering the highest level of service and support to the restaurants, bars and retail partners that represent us in the market.”

The creation of three new roles at Privateer Rum follows an extended period of rapid growth for the company and brand. Privateer Rum tripled its production capacity in the fourth quarter of 2014, expanded its distillery from 7,500 to 20,000 square feet, and added guided tours of its Ipswich facility as well as private event space. To book a tour or learn more about Privateer Rum visit PrivateerRum.com.

Privateer Rum produces outstanding American rums by selecting the best possible ingredients and embracing the time-honored techniques from the finest rum, brandy and whiskey makers. Founded in Ipswich, Mass., by Andrew Cabot, the namesake and direct descendant of American patriot, privateer, and rum-maker Andrew Cabot (1750-1791), Privateer Rum has pioneered a new standard in rum — one of superior quality and character. Honoring the spirit of American independence and conviction, Privateer Rum relentlessly focuses on quality at every point in the production, rejecting common industry practices including the use of sweeteners and artificial colorings or flavorings. For more information visit www.privateerum.com and follow us @PrivateerRum on Instagram and Twitter.