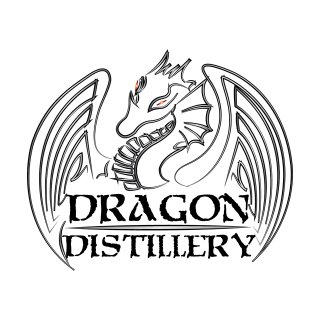 FREDERICK, MARYLAND (PRWEB) JANUARY 11, 2016 — Dragon Distillery is slated to be the first distillery opening in Frederick, Maryland after city codes were amended to make the city more conducive to wineries, breweries and distilleries. Dragon Distillery will hold its grand opening on Saturday, February 13th from 10 a.m.-6 p.m., but will open its doors to the public towards the end of January. The hours are Friday, 5 p.m.-9 p.m., Saturday 10 a.m.-6 p.m. and Sunday from 12 p.m.-4 p.m. Tours and tastings can also be scheduled by appointment. The distillery boasts a 550 gallon, dual-pot reciprocating still, which has transformed the distillation process. It allows for double the volume and half the heat up time, compared with the more commonly used one-pot still.

The grand opening promises to be an unforgettable event. Mark Tutt Lambert, Owner/Founder, will host tours and tastings throughout the day, featuring locally-sourced, artisan spirits including “Bad” Bill Tutt Moonshine, Joust Gin, and Clustered Spires Ultra-Premium Vodka. In addition, medieval themed live entertainment and food will round out the festivities.

The inspiration for Dragon Distillery comes from Mr. Lambert’s love of fantasy and science-fiction books, movies and games. Mr. Lambert embraces his “inner nerd” and individuality and hopes that those who visit the distillery will appreciate his hand-crafted, small batch spirits, as well as his sense of fun and creativity.

In keeping with the medieval and fantasy theme, the 4,100 square foot distillery, located across from Frederick Municipal Airport, is furnished with various dragon sconces, knights’ armor, decorative weapons, and a large rendering of a dragon on the distillery’s wall. Walking into the distillery is like entering the dragon’s lair. The mythical ambience sets the tone for the (taste) adventure that awaits.

Mark Tutt Lambert is a Navy veteran, who served as an Arabic linguist and intelligence analyst, both overseas and in Maryland. Mr. Lambert is an entrepreneur who already heads a well-established company in Columbia while pursuing his love of distilling spirits, combined with his other love of fantasy gaming and science-fiction. Mr. Lambert’s lineage dates back to the 1700s in Frederick County, which has inspired him to continue in his family tradition of contributing to the local economy.