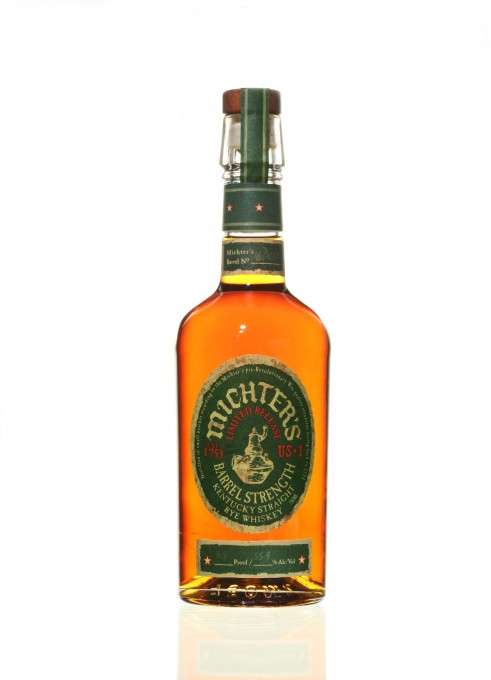 LOUISVILLE, Ky., April 26, 2016 /PRNewswire/ — This Spring will mark the second time that Michter’s Distillery, based inLouisville, Kentucky, is releasing its US*1 Barrel Strength Rye. The release will be on a limited basis.

A Kentucky Straight Rye, Michter’s Barrel Strength Rye is bottled at barrel strength rather than the 84.8 proof alcohol level of Michter’s US*1 Single Barrel Rye. The barrel entry proof for the product was 103 proof, a strength that Michter’s believes yields a richer, smoother product than a higher entry proof would. After aging, the barrel proof for the majority of barrels of this second release bottled so far have fallen between 110.2 proof and 114.8 proof.

“To enter the distillate for our US*1 Rye and our US*1 Bourbon into the barrel at 103 proof instead of a higher, more industry standard proof is very expensive, but our goal at Michter’s is to produce the greatest whiskey possible, regardless of the cost,” said Michter’s President, Joseph J. Magliocco.

Michter’s US*1 Barrel Strength Rye is offered in the U.S. at a suggested retail price of $75 per 750ml bottle.