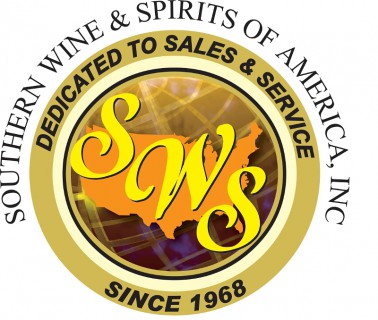 The new company, Southern Glazer’s Wine and Spirits, LLC (“Southern Glazer’s”), will distribute more than 150 million cases of wine and spirits annually, cover nearly 90% of the legal drinking age (LDA) population in the U.S., employ more than 20,000 team members, and have operations in 41 states plus the District of Columbia, the Caribbean, and Canada. The company will be headquartered inMiami, with significant ongoing operations, systems, executives, and team members to be based in Dallas.

The new company’s leadership team and Board of Directors will be composed of representatives from both Southern and Glazer’s.Harvey R. Chaplin will serve as Chairman, and Bennett Glazer will serve as Executive Vice Chairman. The company will be managed by an Office of the CEO and President, with Wayne E. Chaplin serving as Chief Executive Officer and Sheldon (“Shelly”) Stein serving as President. Wayne Chaplin will be responsible for setting the company’s overall strategic direction and day-to-day commercial and operational execution. Shelly Stein will be responsible for leading business development, merger and acquisition activities, and long-term growth initiatives on a global basis, and will assist with the strategic direction of the company as well as select key supplier relationships.

Harvey R. Chaplin, Chairman of Southern, said, “We are delighted to combine with Glazer’s. Together, these two family-owned, industry leading organizations—each with a great history, strong values and entrepreneurial spirit, unmatched talent, and a track record of successful performance—will solidify our standing for years to come as the most capable and effective distributor in the industry.”

Bennett Glazer, Chairman of Glazer’s, commented, “We are embracing a uniquely compelling opportunity to unite our proud family traditions and create an undisputed industry leader for years to come. Our mutual dedication to integrity and transparency, our commitment to our communities, the talent and professionalism of our people, and our drive to add value to our partners’ businesses will continue to differentiate us clearly from the competition.”

Wayne E. Chaplin, President and Chief Executive Officer of Southern, added, “The combination of two of the wine and spirits industry’s leading distributors will create unmatched value for our business partners and position us for broader supplier alignments, which will translate into even greater opportunities for our team members. Southern and Glazer’s have highly complementary cultures marked by an uncompromising commitment to superior service, driven by the most talented and experienced teams in the industry. Our new company will have the exceptional opportunity to build a combined organization that capitalizes on the extraordinary legacies and best practices of both companies. Quite simply, we will have the best team and the most extensive reach in the business.”

Shelly Stein, President and Chief Executive Officer of Glazer’s, concluded, “This is a historic day for our companies and for our industry. With our complementary footprints, Southern Glazer’s will be the first truly cross-continental wholesaler. Our combined solution will offer suppliers a more efficient and effective route to market that will help their brands reach their fullest potential. By drawing from the best talent pool in the industry, strong customer relationships, and robust business intelligence products and services across both companies, we intend to build on our combined footprint, and enhance our current strategic relationships while forming new ones. We are excited to establish Southern Glazer’s as the distributor of choice for valued customers and suppliers across North America.” 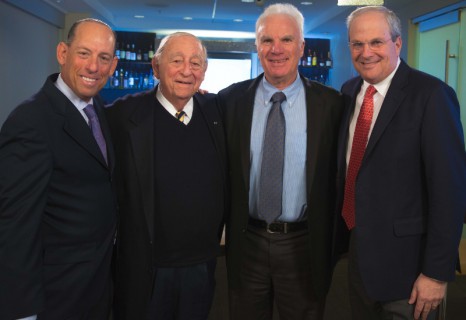 Both companies have successful track records of rapidly executing business combinations and supplier alignments without business disruption, and a joint IMO team will ensure Southern Glazer’s effectively utilizes the best business practices and talent of both organizations to make the transition seamless for suppliers and customers alike.

The transaction is expected to be completed in the second quarter of 2016, subject to regulatory approvals.

For more information about Southern and its responsible consumption program, see: http://www.southernwine.com.

Glazer’s, one of the country’s largest privately held companies, currently operates in 15 states, Canada and the Caribbean, and is one of the nation’s largest distributors of wine, spirits and malt beverage products. The company has operations in Alabama, Arizona,Arkansas, Illinois, Indiana, Iowa, Kansas, Kentucky, Louisiana, Mississippi, Missouri, Ohio, Oklahoma, Tennessee, Texas, Canada, and the US Virgin Islands. The third-generation family business was founded in Dallas in 1933. For more information, please visit our website at www.glazers.com.