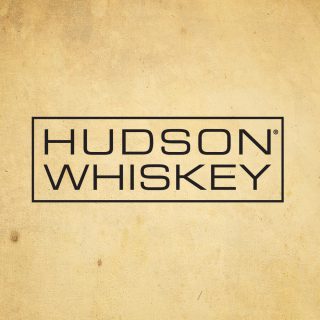 NEW YORK, N.Y. — American craft whiskey pioneer, Tuthilltown Spirits has just completed its first-ever private barrel program where bars, restaurants, and retailers across the country personally-selected single barrels of Hudson Whiskey to be bottled and sold in their individual outlets. In celebration of the acquisition of the ground-breaking Hudson Valley-based distillery by independent family-owned Scottish distiller William Grant & Sons, Hudson Whiskey made available to select customers 40 casks of its acclaimed Hudson Four Grain Bourbon and 20 casks of its innovative Hudson Single Malt.

More than 100 guests representing 25 outlets were welcomed to Tuthilltown by co-founder Ralph Erenzo, given an in-depth look at the distillery’s grain-to-glass production by Hudson Whiskey Ambassador Han Shan, and finally guided through a hands-on tasting of a selection of single barrels by Hudson Whiskey chief distiller Brendan O’Rourke. Each guest was then given the chance to select their choice of a custom color wax enclosure in which each bottle would be hand-dipped, a famous feature of Hudson Whiskey since its introduction in 2006.

For customers who couldn’t make the trip to visit the beautiful distillery attached to the 1788 historic Tuthilltown grist mill in Gardiner NY, custom-built boxes containing samples representing a range of Hudson single barrels were shipped out to be tasted remotely. Enclosed with the whiskeys was comprehensive information on each individual barrel, along with a wax sample card with swatches of fifteen different color waxes to choose from.

“As Tuthilltown joins the William Grant & Sons family, with its 130 years of distilling heritage, we wanted to showcase the craft and consideration that goes into every barrel—and indeed every bottle—of Hudson Whiskey, and this was a perfect way to do that,” said Hudson Whiskey Ambassador Han Shan. “We took great care in selecting the pool of barrels from which customers would then be selecting their private barrels, and we’re very proud of every cask we are now bottling, and sealing with custom wax.”

While this fall will see the arrival of these unique expressions of Hudson Four Grain Bourbon and Hudson Single Malt at the participating outlets across the country, Hudson also shipped the first cases of its traditional Four Grain Bourbon and Single Malt expressions in the larger 750 ml bottles; until now only available in the 375 ml package in which Hudson was originally introduced.

William Grant & Sons Holdings Ltd is an independent family-owned distiller headquartered in the United Kingdom and founded by William Grant in 1887. Today, the global premium spirits company is run by the fifth generation of his family and distills some of the world’s leading brands of Scotch whisky, including the world’s most awarded single malt Glenfiddich, The Balvenie range of handcrafted single malts and the world’s third largest blended Scotch, Grant’s, as well as other iconic spirits brands such as Hendrick’s Gin, Sailor Jerry Spiced Rum, Tullamore D.E.W. Irish Whiskey, Monkey Shoulder Blended Malt Scotch Whisky and Drambuie Scotch Liqueur.