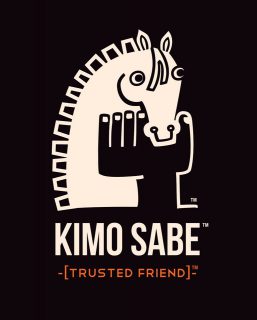 PASADENA, Calif.— Mike Kelton has been named Vice President of Sales for Kimo Sabe Mezcal, it was announced today by Jim Walsh, CEO and Ashley Walsh Kvamme, COO and co-founders of Kimo Sabe.

“We are thrilled to welcome Mike to the Kimo Sabe family,” said Jim Walsh and Ashley Walsh Kvamme. “Kimo Sabe’s growth has been a direct result of its strength in the on premise world. Mike’s strengths in national accounts and retail chain development align perfectly with the next stage of Kimo Sabe’s development as a company. His experience in organizational and systems development as well as process management will help us achieve our goal of becoming the category leader of the mezcal category.”

Kimo Sabe, one of the fastest growing mezcal brands in the United States, is led by agri-business veterans and company co-founders Jim Walsh (CEO) and Ashley Walsh Kvamme (COO). Its USA headquarters are based in Pasadena, California, with its distillery and agave fields in Zacatecas, Mexico. The brand launched on May 1, 2015. It currently sells a Joven, Reposado, Anejo and a luxury line of limited release mezcals titled “Colección de las Maravillas.” The American Distilling Institute awarded Kimo Sabe Joven the best of all agave spirits (includes all tequilas and mezcals) as “Best In Class,” in 2016. Its luxury expression “Cinco de Noviembre” was again named “Best in Class” in 2017. Kimo Sabe is currently distributed in California, Texas, Arizona, Nevada, New York, New Jersey, Minnesota, Colorado, Florida and Tennessee and will soon be distributed in Illinois, Wisconsin, Massachusetts, Maryland and Georgia. Visit www.kimosabemezcal.com