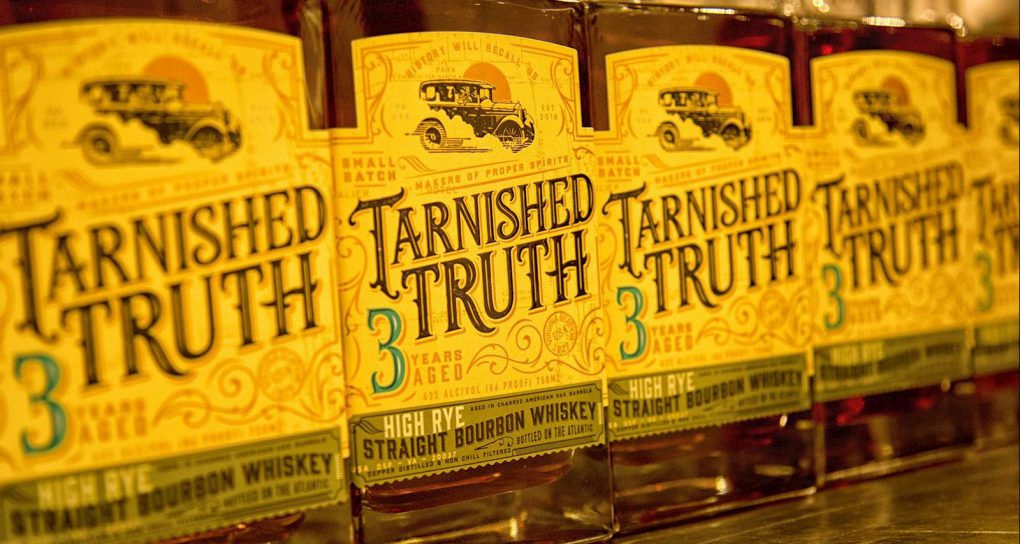 Tarnished Truth is deeply rooted in Virginia’s history as the birthplace of bourbon. Yancey and Canada wanted to highlight Virginia’s legacy as the original home of the heritage spirit. Tarnished Truth bourbon has been a longtime dream for both entrepreneurs.

“Tarnished Truth’s finely crafted bourbons are a celebration of Virginia’s history and legacy in American made bourbon whiskey,” says Yancey. “Making these small batch bourbons has been a passion and an honor for all of us and reflects coastal Virginia’s rich history of innovation and commitment to craft beverages. We are proud to be a part of that tradition and honored that Tarnished Truth has found its home at the historic Cavalier Hotel.”

Tarnished Truth Distillery is located inside the historic Cavalier Hotel and is adjacent to the hotel’s legendary speakeasy, the Hunt Room. It is the first and only distillery located and operating inside a U.S. hotel.

“We are excited to share our love of American bourbon whiskey with Virginia locals, visitors to the Cavalier, and the rest of the world!” says Canada. “We couldn’t imagine a more appropriate place to craft and enjoy these bourbons than next to an incredible historic social room, the Hunt Room, inside an American institution, the Cavalier Hotel.”

For more information on Tarnished Truth, including background and product availability, visit:  www.tarnishedtruth.com

Opened in March of 2018, Tarnished Truth Distillery is located inside the historic Cavalier Hotel. Harkening back to the golden era of the roaring 20’s and paying homage to bourbon whiskey’s roots in the great American south, Tarnished Truth offers finely made bourbons and Ava Vodka, sold on site and used throughout the hotel in signature crafted cocktails. In addition to offering bottled craft spirits available for sale, the distillery offers private tours, a tasting room, and an attached historic prohibition-era dining room and bar, the Hunt Room.

About The Cavalier Hotel

TheVirginia Beach icon, The Cavalier Hotel, officially opened its doors March of 2018 after a massive four-year renovation nearing $85MM. Originally completed in 1927, every detail of The Cavalier Hotel has been meticulously restored revealing the glorious architectural elements and design from its glamorous past while incorporating modern-day luxury amenities.

During its heyday, The Cavalier changed the landscape and social scene of Virginia Beach’s oceanfront playing host to ten U.S. Presidents, dozens of celebrities, like Elizabeth Taylor, Judy Garland, and Frank Sinatra, and was a major venue for performers in the Big Band era, like Benny Goodman and Glenn Miller. In 2014, Gold Key | PHR began the extensive renovation and restoration of the property overseen by Norfolk-based architecture firm, Hanbury. Today the hotel is enjoying a renaissance, making it a destination for locals and world travelers. Reservations can be made at cavalierhotel.com