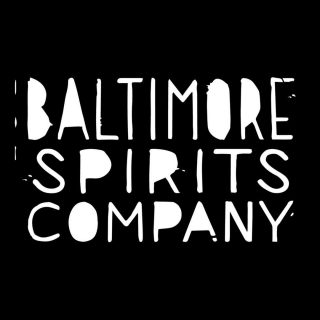 BALTIMORE, Md.— Inspired to bring a culture of rye whiskey and spirits’ manufacturing back to Maryland and beyond, the Baltimore Spirits Co. announces expanded distribution into Illinois, with plans to continue growth in Louisiana and three other states throughout 2019.

The company’s recent move to a new production facility in Baltimore’s Union Collective warehouse has encouraged increased growth of products that incorporate state-of-the art, as well as old world distillation techniques to produce expressive, award-winning products. Copper pot stills, open-top wooden fermentation and geothermal cooling methods using groundwater to cool the spirits as they go through the distillation process combine the best traditional distilling practices and innovative new techniques that can only come from bold forward-thinking experimentation.  “We’ve said to each other many times, ‘first Baltimore, then the world,’” said CEO and co-Founder, Max Lents. “With our recent move to a new, bigger and more advanced distillery, we’re now able to increase production and meet our growing demand, while still creating unique, premium products to be enjoyed far and wide.  We’re excited to be taking these first steps in sharing our vision with a new audience.”

The Baltimore Spirits Co., formerly known as the Baltimore Whiskey Co., changed its name to reflect the company’s diverse portfolio, which consists of not only their highly anticipated and limited-production rye whiskey, but also gin, four types of brandy and a volume of amari – cleverly dubbed Baltamaros – as well as limited edition bottlings available through timed releases. While their Epoch Straight Rye sells out immediately – locals line down the block to purchase directly from the distillery –  the recent move to a new location will see increased production and distribution of their coveted rye. Early expansion into new markets will consist of the award-winning Shot Tower Gin, the Fumus and Asimilla Pumila Smoked Apple Brandy and the Baltamaros. This is Baltimore Spirits Co.’s first foray into markets outside of the Maryland/DC Metropolitan area.

Founded in 2015, long-time friends and co-founders Ian Newton (Chief Financial Officer), Max Lents and Eli Breitburg-Smith (Head Distiller) brought their creative backgrounds in music, philosophy and anthropology to the distillation world.  Baltimore Spirit Co.’s diverse portfolio is a balance of handcrafted globally-inspired spirits specially crafted for sipping and mixing. Industry awards include a Double Gold at the San Francisco World Spirits Competition for their Epoch Rye Whiskey, and Gold Medals from both the New York International Spirits Competition, as well as the San Francisco World Spirits Competition for their flagship Shot Tower Gin. In addition, always on the cusp of ingenuity and tradition, the company created the first Mezcal-style apple brandy, Fumus Pumila — a fermentation and distillation of smoked apples, rather than agave, for a one-of-a-kind spirit that’s both reverent of tradition, as well as strikingly new.

Maryland’s history with spirits dates back to the 1700’s but, although Prohibition was not enforced in Maryland, distilleries were forced to shut down. However by 1936, following Prohibition, Maryland led the nation in rye production, only to find demand, and production slow-down following World War II, until it eventually halted completely.  Today, Maryland is seeing a resurgence in high-end craft distilleries, with the Baltimore Spirits Co. leading the way, retelling Baltimore’s storied history with rye whiskey while introducing new and exciting expressions that represent the culture, the chorus, and the meaning of Baltimore.

Shot Tower Gin (50 percent ABV): Flavors of jasmine flower and green tea shine through notes of citrus and juniper, creating a gin expressed beautifully in cocktails. Shot Tower’s namesake was taken from the Shot Tower that stood over the city of Baltimore in the 1920’s – a city that refused to enforce Prohibition while police and state government officials looked the other way.  From the Wet City in the Free State comes the first gin (legally) distilled in Baltimore since Prohibition. SRP: $29.99

Baltamaro: An ingenious addition to the amaro world, the Baltamaro Volume consists of three flavor profiles — Fernet (50 percent ABV), Szechuan (70 percent ABV) and Coffee (70 percent ABV).  Baltamaro Fernet is deep and rich from its time in used rye barrels, with flavors of fresh mint and star anise. Although less medicinal than many fernet on the market, it is the most bitter of the three amari, with a long bitter finish. Light-bodied and fruity, the Szechuan Amaro has peppercorns and mace on the nose with a citrusy palate and a mild bitter finish.  It is approachable, but would numb your mouth in volume. Chocolaty and familiar, the Coffee carries with it unexpectedly earthy tea notes with a medium bitter finish.  SRP: Vol. 1-Fernet $34.99, Vol 2-Szechuan Amaro $29.99, and Vol 3-Coffee $29.99.

Fumus Pumila (50 percent ABV): This is a Mezcal-style smoked apple brandy.  Apples are fermented in wooden vats on smoked apple pomace before being double copper-pot distilled. The spirit is then diluted to proof with the end runs of the second distillation, and never watered down: a process typically unique to Mezcal. By sticking close to these traditional Mezcal production techniques, Fumus Pumila is a spirit that’s not just a smoked apple brandy, but one that carries with it the expressive qualities of a Mezcal. SRP: $32.99

Asimina Pumila (53.4 percent ABV): This Pechuga Apple Brandy is distilled once a year. Smoked apple fermentation is done in an open vat with copper-pot distillation, but the Pechuga distillation includes local flavors foraged from the Maryland countryside: paw paw, persimmon and black walnut. In the final run of the Pechuga, a Maryland Country Ham is suspended in the still above the pot, imparting a subtle salinity and savory note to the final product, distilled to proof. SRP: $79.99

About The Baltimore Spirits Company