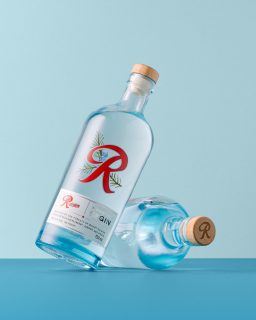 Rainier Brewing Company was born in 1878, and has been synonymous with Seattle since before Washington was even a state. After 140 years of brewing beer, blazing trails and tracking the mythic Wild Rainiers, Rainier will launch Rainier Mountain Fresh Gin this September. It’s Rainier’s first non-beer innovation since the Lime Rickey, a prohibition era created lime soda, designed to mix with whatever adventurous drinkers could source.

Naturally for a brewing company that has spent more than a century extolling and enjoying the virtue of the great outdoors, while telling a few tall stories around a campfire or two, Rainier Mountain Fresh Gin had to be a true Northwest-style spirit. Crafted in small batches in Seattle, it’s inspired by the forests of Mount Rainier, crystal clear and distilled with huckleberry, spruce and juniper, all of which can be found in the lush forests at the mountain’s base.

While not everyone can summit Mount Rainier or even sight one of the famed Wild Rainiers, the call of the wild and nature’s beauty and bounty are universal. So when you’re needing some refreshment after an afternoon spent dock jumping, hunting for sasquatch or just getting lost in the woods, Rainier can be counted on to serve up a delicious taste of the outdoors.

Rainier Mountain Fresh Gin is 80 proof and 40% ABV, it’s available in 750 ml bottles throughout Washington this September, and coming shortly to Oregon. Consumers can order directly through Drizly. This Fall enjoy it as a Rainier Rickey, with just a squeeze of fresh lime, topped with club soda, and served on the rocks.

Rainier was born in Seattle in 1878 before the state of Washington was even a state. Our founder, Andrew Hemrich, was a first-generation German from a long line of brew masters. Following in his father’s footsteps, he built the Seattle Brewing & Malting Company. Today we know it as the Rainier Brewing Company, named after the majestic mountain overlooking Andrew Hemrich’s new hometown. To this day, Rainier and its red ‘R’ continue to be a symbol of home and happiness for millions living the Pacific Northwest lifestyle. Rainier Beer is owned by Pabst Brewing Company, one of the largest independently owned American brewing companies. For more information on Rainier, please visit rainierbeer.com or follow us on socials @rainier_beer.

Pabst, America’s largest privately held brewing company has been American-owned and operated since its founding in Milwaukee in 1844. Pabst engages and supports individuals and entities that are passionate about forging their own path in life through unconventional means and against all odds. Pabst’s portfolio includes iconic brands with deep ties to America’s heritage, such as its flagship Pabst Blue Ribbon. For more information about Pabst, please visit pabstbrewingco.com.