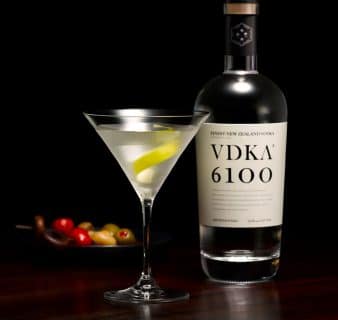 Taunton, Mass. – The world’s first premium vodka made from whey, not grain, VDKA 6100 is partnering with Vision Wine & Spirits on a nationwide distribution agreement. After 5 years of hard work in the American market, VDKA 6100 is already distributed in 19 states, which include New York, New Jersey, Florida, California, Illinois, Nevada and Tennessee.

“VDKA 6100 views this new partnership as an opportunity to gain national distribution while mitigating the massive risk that goes into taking on new markets alone,” said John Castiglione, Director – The Americas.

VDKA 6100 is an award-winning vodka, most notable, the 5 Star Diamond Award from the American Academy of Hospitality Science. VDKA 6100 is 40% alc/vol (80% proof). VDKA 6100 is gluten free, sugar free, lactose free and free from chemical additives.

Vision Wine & Spirits, LLC is a division of the Martignetti Companies, the 7th largest distributor in the United States, and an independent family-owned business since 1908.