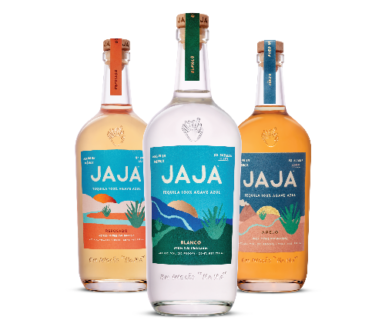 Jersey City, NJ — JAJA Tequila, one of the fastest growing tequila brands in the U.S. and a brand known for creating unique experiences for its fans, is entering into a new global distribution agreement with Proximo Spirits, along with moving tequila production to one of the award-winning distilleries of Proximo’s affiliates in Jalisco.

The partnership will see JAJA join Proximo’s leading tequila portfolio and distribution network in certain U.S. markets, and will expand JAJA’s presence worldwide to meet the demands of its expanded global audience brought by co-owners The Chainsmokers.

“The partnership with Proximo Spirits is an exciting new phase in JAJA Tequila’s lifecycle, and we are honored to become a complementary addition to Proximo’s existing world-renowned tequila portfolio, contributing to Proximo’s leading position in the category”, said Maurice Tebele, co-owner of JAJA Tequila.

“We will continue to work closely with Southern Glazer’s Wine & Spirits to accelerate our rapid growth in the United States, and we’re now ready to take this brand into international markets via Proximo’s robust global distribution network.”

JAJA Tequila has seen triple digit growth over the past two years, outpacing the premium tequila category. The brand’s 100% agave portfolio includes Blanco, Reposado and Añejo tequilas and a give-back program designed to help local Mexican community partnerships. Under the new agreement, JAJA will move all production into the renowned Jalisco-based operations of Proximo’s affiliates, which are the leading producers of agave-based spirits in the world.

“For us, JAJA has always been about having fun and being inclusive, and we couldn’t be more excited to partner with Proximo to further our mission to take JAJA Tequila and the JAJA lifestyle global,” The Chainsmokers’ Alex Pall noted.

JAJA Tequila was founded in 2018 by brothers Maurice Tebele and social media influencer Elliot Tebele, and their childhood friend Martin Hoffstein, with the mission of creating a fun, modern and authentic luxury tequila. Soon after, Alex Pall and Drew Taggart of the Grammy Award winning duo The Chainsmokers became co-owners of the company. JAJA offers three varieties. Blanco, Reposado, and Añejo, all made with 100% Blue Agave at 80 proof. JAJA is available nationally in the United States, and has recently launched in Canada.