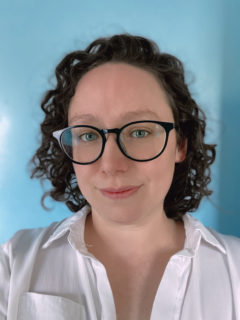 Another chapter in the history of the world’s oldest rum distillery has begun. In October 2021, Mount Gay will expand its team of expertise to welcome Maggie Campbell, former Head Distiller of Privateer Rum. Hailing from Massachusetts and bringing a wealth of knowledge, experience and appreciation for rum and its culture, Campbell has been appointed Estate Rum Manager.

In the newly created role, Campbell will sit at the helm of a vital mission for the future of Mount Gay. She will oversee the entire lifecycle, from sugarcane production through to the finished product, of the new estate rum division. Campbell will work hand in hand with Mount Gay’s Agricultural Manager Jacklyn Broome, Agronomy & Permaculture Consultant Dr. Emmanuel Bourguignon and Master Blender Trudiann Branker.

“Mount Gay has always held a special place in my heart,” noted Maggie Campbell. “I’ve followed the work of Allen Smith and Trudiann Branker for quite some time and to be invited to join Mount Gay is a true privilege. I’m committed to honouring the genuine rum tradition and celebrating over 300 years of rum making expertise.”

“We are thrilled to welcome Maggie to our team here in Barbados,” noted Raphael Grisoni, Managing Director, Mount Gay. “I’ve been following her career for many years, and she will be an integral part to the future of the Mount Gay Estate. We’re looking forward to sharing her work with the rum world in years to come.”

Prior to joining Mount Gay, Campbell served as President and Head Distiller of Privateer Rum. In addition to her work at Privateer, Campbell worked across all aspects of the spirits industry. She founded Half Pint Co-Creation where she’s consulted on production, business, marketing, PR, and sales strategy as well as offered Founder’s and Performance Coaching. She served two elected terms on the Board of Directors of the American Craft Spirit Association and two elected terms as Vice President, she also served as their Spirits Judging Director bringing transparency and top standards to the not-for-profit competition. She also serves as a member of the Board of Directors of Resistance Served and the Wine and Spirits Education Trust’s International Advisory Alumni Board. Campbell founded the Denver Brewer’s League, won the inaugural Denver Brewster’s Women’s Brewing Competition, and is a Masters of Wine candidate.

Campbell’s practical experience speaks volumes and is complemented with her education in chemistry, brewing and distilling. Originally interested in the art of distillation following a 2004 journey to Scotland, she since received her Diploma in Craft Distilling Technologies from the Siebel Institute, her Level IV Diploma from the Wine and Spirits Education Trust, and attended The Ethanol Technology Institute’s Alcohol School, Concise in Jamaica after completing her university degree in Philosophy.

Campbell also worked as Assistant Distiller at Germain-Robin learning traditional Cognac techniques after cutting her teeth with her original passion for whiskey.

Her experience and education have propelled her to the top of the wine and spirits industry, culminating in awards to highlight Campbell’s contribution to the industry. Drinks International named her one of the industry’s most influential figures in Bar World 100 at No 65 in 2019 and No. 31 in 2020. Wine Enthusiast also named her Top 40 Under 40 in 2018.

Lock in the Lowest Room Rate for BevNET Live