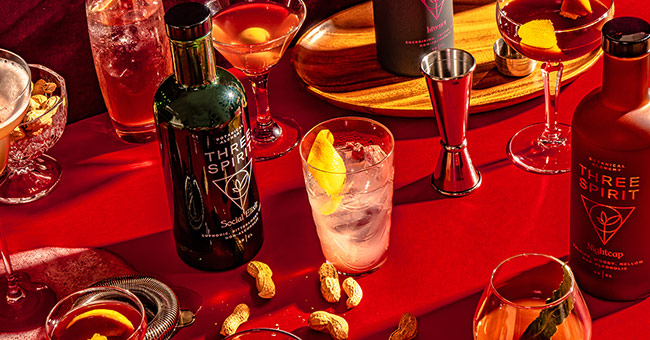 This week, London-based non-alcoholic spirit maker Three Spirit announced the closing of a $3 million Series A funding round led by CircleUp Growth Partners that is aimed at helping seed the brand in the United States and set up its domestic manufacturing operations, as well as support scientific research.

“The team’s knowledge of the beverage, non-alcoholic, consumer and wellness industries is second to none,” she said in a press release. “Given we are a UK founded business, CircleUp is perfectly positioned to support Three Spirit from our strong start in the U.S. and accelerate the brand in a thoughtful and meaningful way.”

Created by Tatiana Mercer, Dash Lilley and Gournay, the brand is one in a new wave of beverage startups — along with the likes of Seedlip and Ritual Zero Proof — seeking to redefine “non-alcoholic” in the context of complex and sophisticated spirit analogues. Within that mix, Three Spirit’s approach claims to be a bit different: rather than replicating the look and taste of a distilled spirit, or actually removing alcohol from liquid, its botanical drinks are designed to be used in cocktails or sipped straight, with the addition of active adaptogenic ingredients to enhance mood and make drinkers feel “more social.” The brand produces three functional SKUs — Livener, Social Elixir and Nightcap — available for $39 per 16.9 oz. bottle.

Having arrived in the U.S. in January, Three Spirit has enjoyed 11x growth in domestic sales through August, according to the company.

For CircleUp, the investment represents a new path towards a space that plays somewhere in between major categories and trends. The group’s prior investments in functional beverage — Koia, Liquid I.V. — have been primarily positioned as health and wellness plays, while Three Spirit (by its own description) is a social tonic aimed at the space “between drinking and not drinking,” according to the brand.

The PE firm also has a stake in the traditional alcohol space, having led a $3.5 million round in Los Sundays tequila earlier this summer. It is also an investor in non-alcoholic beer maker Partake.

“Helio, our proprietary data and insights platform, identified the unique demand for alcohol alternatives and wellness consumer products, which set Three Spirit apart from other non-alch spirits in this emerging category,” said Karen Howland, Managing Director at CircleUp. “We are thrilled to welcome Meeta, Tatiana, Dash, and the rest of the Three Spirit team to the CircleUp community and are excited to be part of the journey to put spirit into the non-alcoholic beverage market.”

The new funding will also go towards the development and launch of Three Spirits’ next innovation: a “functional alternative wine/RTD” line.

“New product development is at the heart of all that we do at Three Spirit,” adds co-founder and head alchemist Dash Lilley. “This fantastic partnership will help us accelerate and scale our exciting new product plans that we hope will redefine what’s possible in the non-alcoholic wine space as well as adult RTD’s.”

Consumers are clamoring for more tequila, and Diageo is listening.

The spirits giant sports two of the category’s most prominent and best-selling labels — Don Julio and Casamigos, each acquired over the past decade — but with the market exploding and rival Bacardi making a significant play with its $5.1 billion purchase of Patron, Diageo is keen to add more production muscle.

According to a report in The Spirits Business, the company will invest over $500 million to bolster tequila production in Mexico, as the category currently represents 8% of total organic net sales. That includes the opening of a third manufacturing facility in the La Barca municipality in the state of Jalisco.

According to the report, the new facility will create over 1,000 local jobs and align with Diageo’s sustainability action plan, dubbed “Society 2030: Spirit of Progress.”

Álvaro Cárdenas, president, Latin America and Caribbean, Diageo, told Reuters that the announcement “is the most significant investment we have made in Latin America and the Caribbean in the last 10 years.” Diageo’s net tequila sales were up 79% with the category now representing 8% of the company’s organic net sales.

“This exciting investment in Mexico will support our future category growth to meet Mexican and international demand,” said Cárdenas adding that growth has been primarily driven by consumers in North America where the drink enjoys “broad appeal across consumer occasions.”

Meanwhile back in the U.S., Diageo is also making investments. This week, the company started production of Bulleit Bourbon at its first-ever carbon neutral manufacturing facility in Lebanon, Kentucky, boasting a production capacity of 10 million proof gallons per year. 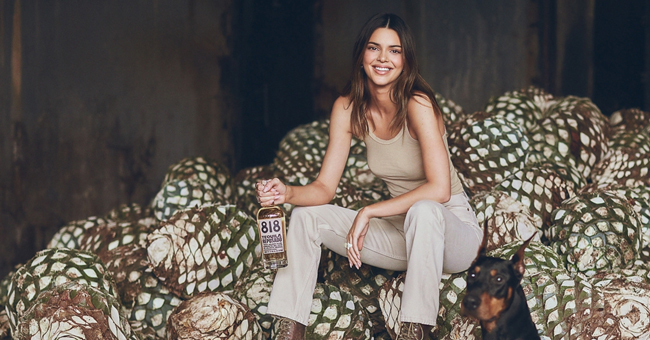 On the business side, model Kendall Jenner has hit her stride with 818 Tequila, blowing past its two-year sales projections and recently expanding its distribution. However, the latest news from the company concerns its charitable work, with the announcement that 818 is partnering with non-profit group S.A.C.R.E.D. (Saving Agave for Culture, Recreation, Education and Development)

Launched by Lou Bank in 2017, U.S.-based S.A.C.R.E.D. is focused on improving the quality of life in the rural Mexican communities where agave spirits — including tequila and mezcal — are produced. The group has aided with projects ranging from building schools for local children to replanting agave in areas affected by environmental degradation to handing out 35,000 agave seedlings to families in Oaxaca to help broaden access to the crop.

To mark their collaboration, 818 and S.A.C.R.E.D. have created the 818 Bricks Program which uses raw, post-production agave fibers, water waste and adobe soil to create bricks that can be used for local construction projects. The non-profit will help with brick production and identifying infrastructure projects for donation.

In a press release, Bank said the program aims to work directly with community members by “asking them what they need.”

“I’m honored to work alongside 818 Tequila, especially on making adobe bricks out of agave waste and using those bricks to support Mexican communities,” said Bank, who is also executive director of S.A.C.R.E.D. “It’s our mission to support the people who make agave spirits, in hopes of sustaining the multigenerational wisdom and practices they inherited from their progenitors who made tequila, mezcal, and other heritage spirits.”

“As we continue our mission to find actionable ways to support Amatitán and the broader Mexican community where our tequila is produced, we’re honored to work with S.A.C.R.E.D., who has established tremendous relationships with the people producing heritage spirits in the region for generations,” said Mike Novy, 818 Tequila president and COO. “At 818 Tequila, we want to create a new standard for sustainability while also giving back to those who are so integral to our tequila-making process. Establishing a long-term partnership with Lou and his team at S.A.C.R.E.D. to expand upon the incredible work they’ve already done in Mexico really drives our mission.”

According to a release, 818’s affiliation with S.A.C.R.E.D. also helped the brand transition to its new co-packer, family-owned Mexican distiller Grupo Solave, which prides itself on “earth-first” production process powered by waste via biomass boilers and “both extends the life cycle of the agave and reduces CO2 emissions.” The distillery is a division of Mexican conglomerate Grupo Oleomex.