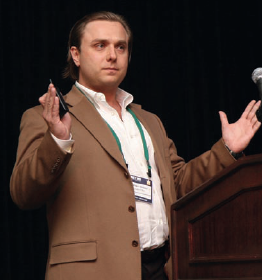 Competition is continuing to heat up in the coconut water category as national authorizations are starting to pile up. Take O.N.E.,which has remained fairly quiet in the four months following the company’s December takeout by PepsiCo and Catterton, which left PepsiCo the largest shareholder and founders Rodrigo Veloso and Emilie Fritz Veloso as a minority.

Well, it turns out that the quiet came before the storm – starting in June, O.N.E. is preparing to roll out the brand fully into the Pepsi system.

The move means O.N.E. will be leaving behind all independent DSD and broker operations except for Manhattan Beer in New York City and UNFI for the natural channel, where the O.N.E. sales and marketing team will still have control.

By the end of July, Veloso said, O.N.E. is expected to be available via PepsiCo in about two-thirds of the country, with a concentration at the Coasts and in the Midwest. Supplied by three new factories, one in Indonesia and two in the Philippines, he said, the product will be all organic – a key point of difference particularly for the Whole Foods Channel. The move comes at the same time that one competitor, Vita Coco, has confirmed it is making larger moves into  Dr Pepper/Snapple distribution houses (to the point where it, too, dropped all key New York distributors but longtime partner Exclusive in Manhattan) in several regions, including the Chicago area. Meanwhile, ZICO is getting national authorizations like Target and CVS, and has shifted to Odwalla and Coke trucks in a few areas, but has yet to move fully into the network of minority owner Coca-Cola.

O.N.E.’s move will put nearly all of its current coconut water SKUs into the Pepsi system, including side brands O.N.E. Active and O.N.E. Kids – but is putting a hold on three of its other functional products, one based on cashews, one with acai and a coffee fruit drink as well. Veloso said they aren’t dead, merely “on hold.”

“We want the team focused on the coconut water expansion,” Veloso said. That team has grown and is still growing – O.N.E. recently added a new VP of Marketing, Chris Cook, a former Bolthouse Farms marketer.