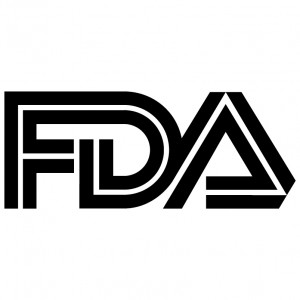 The distinction between beverages and dietary supplements has become harder more difficult to discern. Walking down the “beverage” aisle of any grocery store or supermarket, one may see similar-looking products sitting side-by-side; yet, a closer look reveals that some of the products are labeled and sold as dietary supplements, while others are labeled and sold as beverages. How can this be? Since there is no pre-approval required by the FDA to market a beverage or supplement product, the characterization of the product as a beverage or supplement is ultimately the decision of the marketer or the product. Or is it? The recent warning letter to Rockstar Inc. follows a similar letter posted by the FDA earlier in 2012 and may signify that the FDA is really ready to enforce the labeling regulations in accordance with its 2009 guidance document on supplements and beverages. In short, these warning letters could signify that the FDA is taking action to make the distinction between supplements and beverages clearer.

The warning letter from the FDA to Rockstar, Inc., dated May 23, 2012, should cause companies in the beverage and supplement industries to sit up and take notice. In the letter, the FDA asserts that the company’s “Rockstar Roasted Coffee & Energy” products, while labeled as dietary supplements, are really beverages, due to various factors like the name of the products, the packaging and appearance, and statements made by the company about the products using the word beverage.” Why is the characterization of the products as beverages or supplements important? Because if a product is really a beverage instead of a supplement, its ingredients must comply with the requirements for food ingredients instead of the requirements for dietary ingredients; each beverage ingredient must be an approved food additive or GRAS (“Generally Recognized as Safe”). The FDA asserts, in the warning letter, that ginkgo, an ingredient in the Rockstar products, is neither the subject of a food additive regulation nor GRAS, and therefore, according to the FDA, the products are adulterated food products.

The warning letter to Rockstar is of particular interest as many have been waiting to see if the FDA was going to follow up the warning letter to Revolt Distribution posted earlier this year. The warning letter to Revolt Distribution, which was posted on the FDA’s website in March of 2012 (even though it was sent to Revolt back on December 8, 2011), was the first letter to really implement the provision of a 2009 draft guidance document that the FDA released regarding liquid supplements and beverages. In the letter, the FDA took issue with Revolt’s Slowtivate “relaxation” product. The FDA asserted that the product, labeled as a dietary supplement, did not meet the definition of a dietary supplement because the company, despite the labeling, represented the product as a beverage. As grounds for its assertions, the FDA referenced aspects such as the label and marketing of the product as the “Slowtivate Relaxation Drink,” as well as the serving size and packaging that resembled a traditional beverage. Similar to the analysis in the Rockstar letter, the FDA determined that melatonin did not meet the requirements for an ingredient in a beverage product and, therefore, the products were adulterated. While the letter certainly caught the attention of companies in the beverage and supplement industries, it was unclear whether the letter was a sign of more to come, or an isolated incident. As the FDA had sent a similar letter to a food company in 2011 over the use of melatonin in a brownie product that was labeled as a supplement, it was unclear whether the crux of the letter was the use of melatonin or the characterization of the product (or both). With this second letter now emanating from the FDA in the first half of 2012, a closer look at the 2009 draft guidance document is warranted.

In December 2009, the FDA released its draft of the new “Guidance for Industry: Factors that Distinguish Liquid Dietary Supplements from Beverages, Considerations Regarding Novel Ingredients, and Labeling for Beverages and Other Conventional Foods” (“Draft Guidance”). The purpose of the document, according to the FDA, is to provide assistance to dietary supplement and beverage manufacturers and distributors in determining whether a liquid product should be labeled as a supplement or as a beverage. The Draft Guidance was issued as a result of the FDA’s observation and concern over what it perceived were two emerging trends in the marketing of beverages. First, the FDA believed there was an increase in the marketing of products as dietary supplements, even when the packaging and labeling of the products actually represented the products as conventional beverages. Second, the FDA perceived a growth in the marketplace of beverages and other foods that contained novel ingredients, such as added botanical ingredients or extracts. It was concerned that these novel ingredients or other ingredients used in amounts in excess of their traditional use levels were unapproved food additives or ingredients for which there was inadequate evidence of safety.

In the Draft Guidance, the FDA identifies a number of factors that may cause a product to be deemed a beverage, despite being labeled and characterized as a dietary supplement. One factor is the packaging. The packaging of liquid products in bottles or cans similar to those in which single servings of beverages like soda, bottled water, juices and iced tea are sold may suggest that the products are intended for use as a beverage. Recommendations about serving sizes and daily intake, combined with such packaging, that suggest amounts associated with beverages may also suggest that such products are really beverages. The use of product or brand names that use conventional food terms such as “beverage,” “drink,” “water,” “juice,” or similar terms is also cited by the FDA as potentially indicative of a beverage product.

The improper labeling of products also affects the second concern identified by the FDA in the Draft Guidance. The FDA asserts that companies are increasingly adding novel ingredients to liquid products that have not traditionally been used in foods before in, as well as using common ingredients in greater and greater amounts. While the laws allows for ingredients to be used in beverage products only if they are approved food additives or GRAS, ingredients in dietary supplements need only fall under one of the defined categories of dietary ingredients, an often less stringent standard to meet. Thus, the FDA perceives that some companies have been trying to get around the stricter requirements for food ingredients by selling liquid products as supplements, when, in the view of the FDA, those products are really more properly characterized as beverages.

What messages do these letters provide to the beverage and supplement companies? The letters to Rockstar and Revolt provide a clear “roadmap” of the available process that the FDA can implement if it desires to take action against a company for using an ingredient that the FDA perceives to be dangerous. Such actions may extend to more common ingredients for which the FDA believes there is inadequate evidence of safety. Is this the avenue that the FDA will use to regulate caffeine in energy drinks sold as supplements? If a company leaves the door open for the FDA by mixing the representations of its products as supplements and beverages, that company risks the FDA finding the product to be a mislabeled and adulterated beverage product.

The importance of consistency cannot be understated. If a product is intended to be sold as a supplement, the labeling, marketing and advertising of the product should be consistent with supplement products. While no one factor is likely to convert a product from a supplement to a beverage, factors like the name of the product, the serving size, the recommended use, the packaging, and the use of terms associated with beverages, may be used by the FDA to make determinations about the proper characterization of a product. Those companies that don’t review the labeling, marketing and advertising of products now to ensure that their messages are accurate and consistent run a big risk of potential action from the FDA.