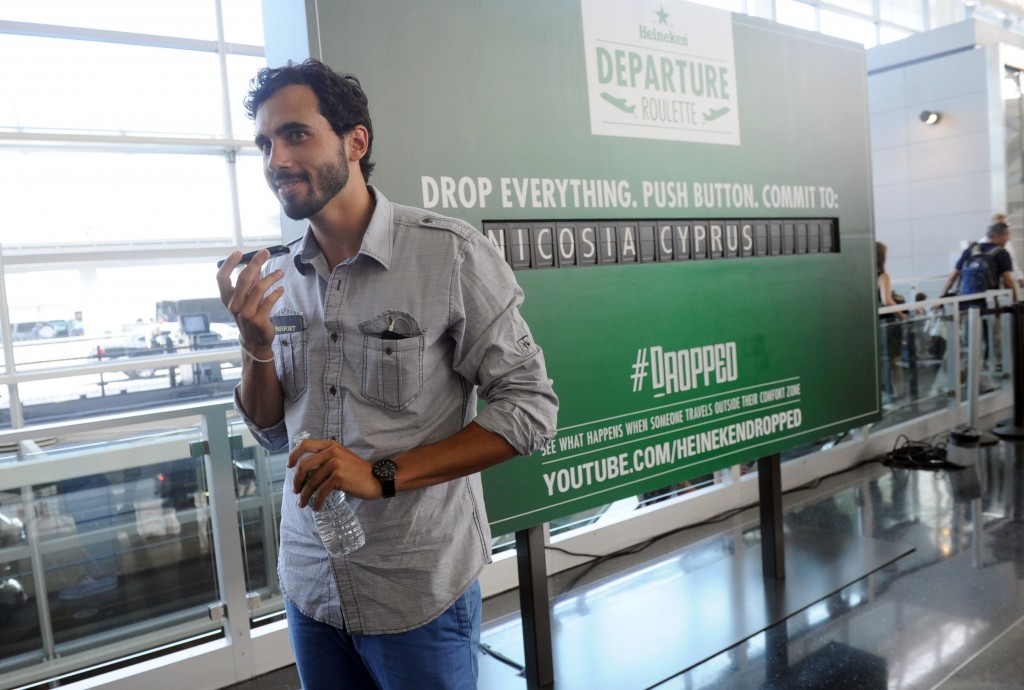 The gang of four — Andy Thomas, Luis Duran, Ken Kunze and Willem van der Hoeven — sat around a table and listened to the pitch by Euro RSCG.

The marketing firm had this idea for Heineken-owned Dos Equis, previously marketed as a Mexican beer for young people. But their idea didn’t rely on Mexican culture. Or young people. Rather, it was an old man who admits that he doesn’t always drink beer.

Thomas, then the president and CEO of Heineken USA (he’s now the xpresident of commercial operations for the Craft Brew Alliance), and Duran, then the VP of business development in the United States for FEMSA, were skeptical about the idea. How would this old man deliver a message to young consumers? Does he really need to say that he doesn’t always drink beer? But Kunze, then the CMO of Heineken, and van der Hoeven, then the Dos Equis brand director, were immediately enthralled. Test results for the campaign came back. The results shattered anything marketers had ever seen, Thomas said, and The Most Interesting Man in the World campaign was born. So was a yardstick against which all future import marketing campaigns would be measured.

“Most Interesting Man influenced the way Heineken thought about even Heineken,” Thomas said.

The campaign helped Dos Equis sales, and, according to Thomas, led Heineken’s brass to realize that they could relate to consumers without depending on a current trend or an instantly recognizable celebrity face, among other classic marketing practices. If the ad works, the recognizability of the face will develop, as was the case with the Most Interesting Man; a now legendary figure not just in the ads, but in pop culture too. Just one commercial from the campaign (there were dozens) has garnered nearly 3 million views on Youtube. It’s also probably been cited a jillion more times at your office lunch table.

Thomas said that the Most Interesting Man’s admission that he doesn’t always drink beer helped connect the brand with consumers not just because of his amusing heroics, but also by adding a layer of humanity to a seemingly impossible character.

The campaign immediately helped Dos Equis take off, with several years of sales growth of more than 20 percent. Now, Heineken is trying to leverage its marketing to similarly effective ends — at a time when the brand’s style hasn’t shown the same growth as those in the booming craft beer industry and imports like the venerable Dutch brand are showing little growth. According to IRI, a Chicago-based market research firm, Heineken’s dollar sales have increased by just 0.82 percent compared to last year.

That’s where the marketing comes in. Heineken will continue to sharpen its message to bring consumers back to its beer. Thomas said that the Most Interesting Man campaign may have changed Heineken’s growth trajectory. It seems to have also strongly influenced the company’s current marketing strategy.

Nevertheless, it’s obviously a lot to live up to: current Heineken officials declined to answer questions about the influence of the Most Interesting Man campaign.

Still, the legacy of the Most Interesting Man campaign is rather palpable in Heineken’s advertising efforts for its most important brand.

Take the company’s latest Heineken campaign — Dropped — which recruits men from all corners of the world to participate in its social experiment. After receiving video submissions from interested adventurers, Heineken drops someone in a distant place, testing their patience, mental strength, resourcefulness, and individualism — while also adding ironic twists. The adventures are recorded, edited to brief clips and displayed on YouTube and the Heineken website.

The first participant, Rikar Gil from Barcelona, Spain, said in his video submission that he wants to go to an island or a jungle with warm weather. Naturally, he was dropped in a remote region of Alaska and, with help from clues, must find his way to Anchorage so he can make his flight home. Along the journey, he deals with the fatigue of walking through hills of snow, falling into an icy river, and getting chased by an obviously fake bear. Heineken bottles are casually placed into certain scenes.

The Dropped campaign feels very much like a mini-TV series. There’s a deep voice at the beginning of the second and third episodes that says: “previously on Dropped.” Whether or not it succeeds, there’s a clear attempt at humor. The campaign, with all its obscurities and funny English accents, serves as an example of Heineken attempting to evolve with the Internet.

Colin Wescott-Pitt, Heineken’s VP of marketing, has piloted Heineken’s recent evolutions. He said analysts predict that by 2020, nearly 80 percent of TV viewership will occur through digital channels. This explains the idea of Dropped, a forward-thinking plan regardless of the execution.

“It’s designed to engage consumers across a variety of platforms including broadcast, digital, and mobile by offering a truly immersive experience,” Wescott-Pitt said.

The Dropped campaign exemplifies Heineken’s goal to project worldliness without actually saying so. “The Date,” which has more than 10 million views on YouTube and was made by Wieden + Kennedy Amsterdam, shows a young couple speeding through a bustling club in London as the Bollywood tune “Jaan Pehechaan Ho” blares in the background. In June, the ad won the Cannes Lions Grand Prix award in the creative effectiveness category.

Another ad, “The Entrance,” which features the song “The Golden Age” by The Asteroids Galaxy Tour, has approximately 7.4 million views on YouTube. The clip functions as part music video, part Heineken ad, as a slick-suited, foreign-looking man slides through a busy party and interacts with a cast of obscure characters, all as the music plays along.

Yet despite the massive viewership of these two ads, Heineken’s most recent foray, titled “The Voyage,” has only about 45,000 views. It’s a new video, released in May, but it seemingly won’t go viral. Regardless, the ad follows the pattern of worldliness. The lead actor in the commercial slips his way through a busy part of India, performing amazing feats, similar to “The Date,” until he finally snags a Heineken. This ad doesn’t feature a buzzworthy song, which could be a reason for the tepid response.

The Dropped campaign and “The Voyage,” Heineken’s two most recent marketing efforts, show that it’s a company still aspiring to the marketing effectiveness set by The Most Interesting Man. The marketing efforts show that Heineken is further developing its international identity. The foreigners they drop in remote parts of the world serve as extensions of the brand’s vision, and also represent its desired clientele.

Thomas said that it was Heineken’s goal to be a universal brand. That’s a lengthy process, but after learning the ropes from the Most Interesting Man in the World, it has, at least, refined the definition.

According to Westcott-Pitt, Dropped “speaks directly to our target consumers – confident, adventurous, multicultural men of the world who seek new challenges and experiences.”