The stigma is receding. The notion of bubbles isn’t so bad. From the gourmet to the Stevia generation, fewer products are afraid to fizz.

Even as sprawling soda giants like Coke and Pepsi have seen overall volume declines, existing gourmet products like Fentiman’s, Reed’s, GuS, Fever Tree, Maine Root and Q Tonic have all ridden the expansion of the natural and specialty channel to increasing sales, while the first Stevia-sweetened CSD brand, Zevia, has vaulted into a top-20 spot in some supermarkets recently. Even Honest Tea jumped into the fray last year with Honest Fizz.

“I think it’s growing in sort of the same way that craft beer is growing,” said Tom First, who is a board member of Bruce Cost Ginger Ale. “It’s about quality drinks. And if you’re the quality player in a category where things are big, you can really make a dent.”

Just as a few survivors of the early craft beer boom – the Stones, the Sierras, the Sams – were able to clear the field for a new generation of brewers, so too is a new group of soda makers popping back up into view, either incorporating the natural sweetener Stevia or else recombining other product types like tea or lemonade into their branding. Like that new crop of craft brewers following Lagunitas or New Belgium into the breach, the new soda makers can learn the lessons of the ones who came before.

There are parallel trends that may be driving the flight to quality: on the one hand, there are restaurants making their own sodas, consumers enjoying the option to make their own fizzy drinks at home via contraptions like the SodaStream, and boutiques like the Fizzary opening in San Francisco; on the other, there’s Sparkling Ice and its knockoffs, which have reinforced an industry’s belief that bubbles, in one form or another, still sway shoppers.

But mostly, according to James, it’s that tastes have matured for shoppers in two key channels: on-premise accounts like restaurants and bars (the same places where craft beer and cocktails have thrived) and in natural and specialty stores. 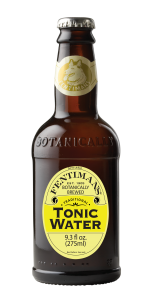 “There’s an interesting dichotomy out there with consumers,” James said. “The kids what technology, what the modern world can offer them, but they’re sitting in the cool cafes sipping on funky sodas or gourmet teas,” that have a throwback feel.

which relies on a stevia/cane sugar blend for a four-flavor lineup, a former commodities trader who specialized in the cocoa bean named Zeger van Hovell is trying to win organic consumers. He recently launched nationally through UNFI.

While it might seem counterintuitive to use a CSD as a vehicle to create a broader understanding of how organic products can improve the environment, that’s just what van Hovell is doing.

“We wanted to be in the most mainstream product as possible while creating a product I could let my kids drink without any guilt,” he said.

While losing guilt is one motivation, losing weight is another – and it’s the reason that flavor chemist Bill Sabo and actor/environmental activist Ed Begley Jr. teamed up to create Begley’s and Bill’s, a craft soda that uses erythritol and a rare form of Stevia known as Reb-D.

Sabo had a heart attack a few years back and was forced to cut sugar out of his diet – but he’s also a master flavorist, owner of Nature’s Flavors, the largest online seller of organic flavors in the country. So over a two-year period, he came up with a broad assortment of old-time soda flavors running from cherry cola and strawberry to Bananas Foster and root beer.

“What caused my heart attack was eating and drinking too much sugar,” Sabo said. “I needed to change things.”

Other companies try to bridge the gap.

“When you look at carbonated, you can go for flavor or for healthy,” said Wonny Kim, the founder of Chai Elixir, who recently launched a line of carbonated chai sodas in Oklahoma City. “I wanted to create a viable soda alternative and revitalize the space.”

One other company trying to change things is Motto, a sparkling matcha tea-based drink that uses honey and agave to keep its calorie count low while incorporating carbonation.

“We’re more of a functional health drink,” said co-founder Tom Olcott. “The fact that we’re sparkling just lightens up the flavor a bit.”

But, added his partner, Henry Crosby, “We think the category itself is evolving.”