The months of April and May found Brewbound traveling to new locations, but the talk – and some of the talkers – remaining the same.

The roadshow began on April 7 at the Craft Brewers Conference (CBC) in Denver, Colo. After a brief pit stop in Washington D.C. on April 28 for the NBWA Legislative Conference, it was on to Silicon Valley for the Craft Beverage Expo in early May.

Along the way, the same types of industry conversations kept surfacing: quality concerns, wholesaler and brewer relationships, franchise law reform and, of course, the “craft versus crafty” debate that continues to reframe the parameters of the emerging category. 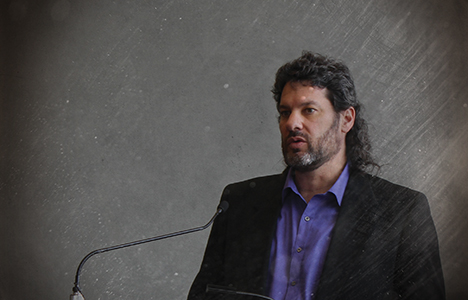 It began at CBC. Paul Gatza, the executive director of Brewers Association (BA) — the non-profit organization that represents the interests of America’s small and independent craft brewers and hosts CBC — tackled quality concerns during an opening address and urged startup craft brewers to improve their beers.

“There are some quality cracks with some of the newer brewers,” he said.

To drive that message home to the 9,000-some-odd attendees in the room, Gatza, CBC’s ringmaster, told his own story of visiting a beer fest and sampling a number of subpar offerings.

Gatza said he made a point of trying beer from upstart beer companies that had launched within the last two years.

In his 30-minute “State of the Industry” talk, Gatza mentioned quality concerns three times, to emphasize the credibility at stake.

“Look, many people in this room have spent a lot of time and dedicated a good portion of their lives to building this community that we have today, so seriously, don’t f*ck it up,” he exclaimed, a rallying cry that was met with cheers and applause from the entire audience.

While the quality conversation spilled into other talks throughout the week, it wasn’t the most discussed topic: most brewers and wholesalers turned their focus towards issues like franchise law reform and strategies for improving relationships.

As the events showed, these relationships can be rocky.

During one panel at CBC, Tommy Gannon, Sierra Nevada’s director of Eastern U.S. sales, explained the importance of the wholesaler/brewer relationship.

“Sierra Nevada doesn’t get checks from retailers,”Gannon said. “Our customer that pays is the wholesaler.”

Gannon said the key to a successful relationship with a beer wholesaler begins with having empathy for business partners who provide a service many craft brewers would be unable to execute themselves.

“Our wholesalers are very important to all of our businesses and I think we need to realize that and find a way to work with them as the partners that they are,” he said.

But CBC wasn’t the only industry event where the wholesaler and craft brewer relationship discussion took place, and some of the friction points appeared a few weeks later.

At the NBWA legislative briefing in Washington D.C., the topic came up again, but this time it was under the guise of franchise laws. 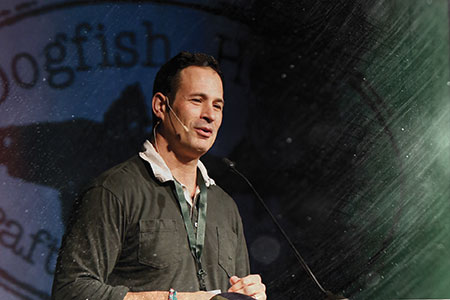 “It is the most exciting time and most challenging time to be in the beer industry,” said Dogfish Head founder Sam Calagione, speaking on behalf of the Brewers Association. “Our concern is access to market in the face of consolidation.”

In an effort to combat those concerns, the BA has advocated for franchise law reform and pushed for state-by-state carve-outs for the country’s 2,700-plus craft brewers. And to help draw attention to the trepidations of small brewers, the BA has urged its members to go on the offensive.

So, prior to both the CBC and NBWA events, Brooklyn Brewery co-founder Steve Hindy penned a New York Times opinion piece that many wholesalers felt cast a negative light on franchise laws. Hindy’s argument that the regulations are “used to limit consumer choice by keeping small and start-up breweries from moving easily into new markets” drew the ire of the NBWA officials and beer distributors, who worry that carve-outs for craft brewers will damage their businesses. 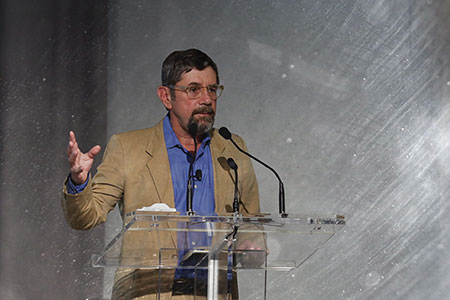 But don’t expect a public debate on the topic from the NBWA, whose president, Craig Purser, called franchise reform “a solution looking for a problem” during the organization’s April briefing.

“Op-eds and cable news networks are not the place to have the franchise law debate,” Purser said.

“It’s like mud wrestling with a pig,” Purser added. “You both get dirty, and the pig likes it.”

“To some extent the craft beer community has earned its place at the big boy table, but we still have a very small voice at that table,” he said.

Despite the difference of opinion, Calagione said he is eager to work with wholesalers on finding a solution that would allow craft brewers more flexibility with regards to franchise laws.

“We created this market for craft beer together,” he said. “Let’s address these inequalities together.”

Through all of our travels, the craft vs. crafty debate didn’t appear to be going away anytime soon. But at the first annual Craft Beverage Expo, held in San Jose, Calif., the conversation took a slightly different shape.

In an opening discussion, a group of small winemakers, distillers and brewers joined a panel discussion to discuss the entire craft beverage “ecosystem.”

Much of the conversation focused on how small craft beverage producers define themselves.

The takeaway? Brewers aren’t the only ones grappling with the definition of “craft.”

“What is craft,” Potter asked. “On the distiller’s side, we just had our first national organizational meeting. It was a great session and we went over point-by-point what the Brewers Association used as their definition.”

“We kept coming back to the idea of ‘who do you want on your side,’ and in what sense,” he said, explaining how the group is trying to move towards a more inclusive sense of describing the term craft and wants to avoid making any “fine definitions.”

“We know it when we see it,” he added. “Small guys, using traditional methods. When you start to define what a traditional method is, it becomes difficult. The brewing world has some very puzzling examples of that.”

As if to prove that fact on stage, Welch squared off against Hindy, his fellow Brooklyn brewer, over the current craft brewer definition.

“They created that word after the death of the microbrewery,”Welch said, referring to the BA. “Some of those players grew to where they were no longer a micro.”

Welch said he believes the BA expanded its definition of “small” from two million to six million barrels in order to accommodate the growth of larger craft breweries like Boston Beer.

“Clearly it was a change that was made not for the benefit of most craft brewers,” he said.

Hindy contended that just because a company is successful, it shouldn’t be “kicked out of the club it helped to create.”

But for Welch, the BA’s definition is “arbitrary.”

“They are moving the definition constantly,” he said. “No matter what we are doing to define it, the trend shows that it is subject
to change.”

At the pace that some companies like Boston Beer are growing, it’s perfectly conceivable that the BA will once again need to reconsider what it means to be a craft brewer. What any kind of future definition looks like is unknowable but one thing is for certain – Gatza and the entire BA staff will need to walk the tightrope as they continue to shape both craft’s definition and its image. And if the discussions throughout April and May served as any kind of indicator, its going to be one hell of a balancing act.